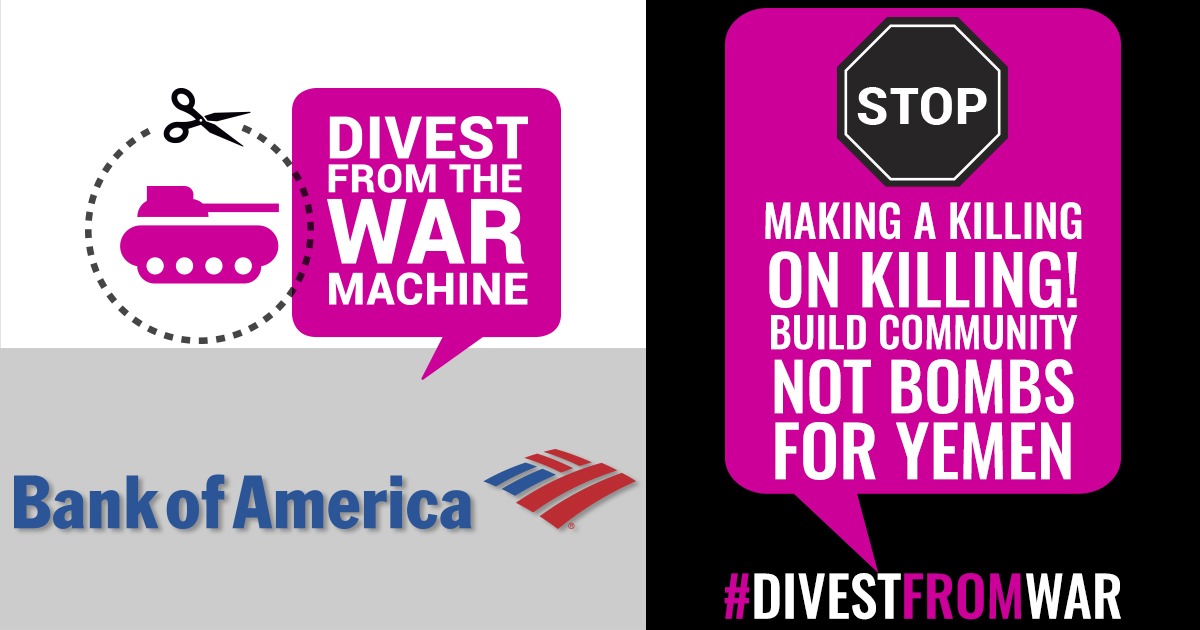 We all know Bank of America! While Bank of America likes to promote their workplace ethics and charitable contributions, but it comes at the expense of funding war and the human rights violations and human health impacts that come with war. And while Bank of America stakes its reputation on providing solutions, its $4.4 billion investment in Lockheed Martin is funding war in places like Yemen! Let’s all take a minute to send a message to Bank of America on Facebook & Twitter that it’s time to divest from war.

Sample Message You Can Share: Your investments in Lockheed Martin and other weapons manufacturers are funding the war in Yemen and violence around the world. You need to #divestfromwar and invest in our communities. The war in Yemen is bringing the poorest nation in the Middle East to the brink of famine and has resulted in the killing of thousands of innocent people. The aftermath of bombing can poison the air and water of those communities. Build Communities, Not Bombs.

Sample Message You Can Tweet: #BuildCommunitiesNotBombs and stop funding @lockheedmartin. @bankofamerica $ makes missiles that kill innocent people in Yemen and the Saudi regime that is starving children. #divestfromwar

This is it! Our last day of action! We’ll see you next time!

You’re a light in the world as we take on the war machine together!