Dialogue in Venezuela is a missed opportunity for Democrats 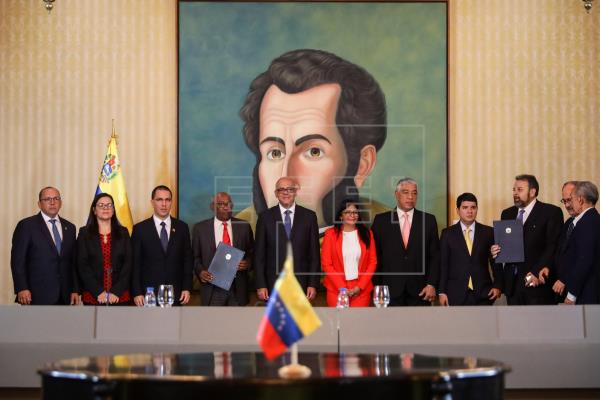 Days after the Democratic presidential candidates missed yet another opportunity to challenge President Donald Trump’s failed Venezuela policy on the debate stage on September 12, President Nicolás Maduro signed an important agreement with four opposition parties. These events offer insight into the differing perspectives on the economic, social and political crises in Venezuela – one perspective from the Washington political establishment, the other from Venezuelans.

The Trump administration has applied brutal economic sanctions on Venezuela that functionally create a blockade. It has also threatened military force, has been credibly accused of sabotaging attempts at dialogue on two occasions (in the Dominican Republic in 2018 and in Barbados in 2019), attempted to impose a puppet president and activated a regional defense treaty that could serve as the first step to a military intervention. With a few exceptions, these efforts at regime change have been welcomed by Democrats.

One of those exceptions, Senator Bernie Sanders, supports “negotiations between the Maduro government and the opposition”, recognizes that the Trump sanctions harm Venezuelans, and is a co-sponsor of Senate resolution S.J.Res.11 prohibiting unauthorized military action in Venezuela. Yet when pressed about Venezuela during the September 12thdemocratic debate, Sanders – using rhetoric that could have come from the mouths of John Bolton or Senator Marco Rubio – called President Maduro a “vicious tyrant.” It was the perfect opportunity to push back on President Trump’s sanctions and policies; the Senator missed it.

When progressive politicians forgo vocal commitment to non-intervention, it raises questions. If candidate Sanders isn’t willing to publicly challenge Trump on Venezuela, if elected, would he really break with the Trump, Obama and Bush administrations and have a policy of non-intervention or might he cede Venezuela to Democrat and Republican hawks in exchange for votes on signature issues like Medicare for All and the Green New Deal?

This question is particularly troubling because Senator Sanders is often the only voice against establishment regime change efforts. With the exceptions of Representative Tulsi Gabbard and Marianne Williamson, who had clear anti-interventionist and anti-sanction stances but are no longer on the debate stage, the other democratic candidates are significantly worse than Sanders on Venezuela. Former Vice President Biden, in lockstep with the Trump administration, recognizes Juan Guaidó as interim president, supports sanctions, and boasts of confronting President Maduro. He went so far as to characterize the small group of rebel soldiers who tried to put Juan Guaidó into power by force on the April 30th coup attempt as “peaceful protesters.”

As for Senator Elizabeth Warren, she was against the sanctions yet later endorsed them, despite recognizing that they “hurt those in need.” While criticizing Trump for threatening a military intervention (Warren is a co-sponsor of S.J.Res.11), she is “all for the diplomatic part” of Trump’s plan, including “diplomatic recognition,” which sounds like an allusion to recognizing Juan Guaidó as interim president and therefore a coded signal for supporting regime change efforts.

And it only gets worse from there. Joining Trump and Biden in explicitly recognizing Guaidó and pushing for sanctions are Mayor Pete Buttigieg and former Representative Beto O’Rourke. Andrew Yang also recognizes Guaidó and wants regime change, but has no public position on sanctions. Senator Cory Booker supports sanctions and has yet to sign on to S.J.Res.11, though he does not appear to recognize Guaidó. Senator Kamala Harris has ruled out military intervention, while Senator Amy Klobuchar appears to back regime change; neither has a public position on the sanctions nor have they signed on to the Senate resolution. Julián Castro called President Maduro a “dictator” in the latest debate, but appears to not have a public position on Trump’s regime change efforts or the sanctions.

Missing from the Democratic candidates' stage is the effect these policies have on Venezuelans. These sanctions have killed more than 40,000 people – a figure that comes from economists Mark Weisbrot and Jeffrey Sachs. Venezuelan opposition economist Francisco Rodríguez estimates that “financial sanctions were associated with a decline in [oil] production… [representing] USD 16.9 billion a year in foregone oil revenues.” From the Washington establishment point of view, the sanctions are merely a tool to oust President Maduro, no matter the cost to ordinary Venezuelans.  But while American politicians support sanctions as if they were a nonviolent alternative to boots on the ground, those under their influence know they are a weapon of war normalized by U.S. corporate media.

In Venezuela, the sanctions affect daily life. They are widely recognized as illegal, rightly called unilateral coercive measures (in international law, sanctions must be approved by the United Nations—these are not) and are considered a financial and commercial blockade. They are held in widespread contempt: 68% of Venezuelans blame the U.S. sanctions for the drop in their quality of life.

Counter to the Trump administration’s objectives, the sanctions are also splitting the Venezuelan opposition. On September 16, the Venezuelan government reached an agreement with four opposition political parties: Cambiemos, Soluciones, Avanzada Progresista and MAS. Although they only have 8 seats in the 167-person National Assembly, the agreement is an important signal of deep divisions within the opposition. For years, most of the Venezuelan opposition has been dominated by right-wing extremists who enjoy financial and political support from Washington. More moderate or pragmatic elements of the opposition have toed the extremist line because they know that is what the U.S. government favors, as evidenced by the 2002 coup against Hugo Chávez when extremists who launched the coup and took power exclusively for themselves were welcomed by the Bush administration.

However, this dynamic began changing when opposition leader Henri Falcón of Avanzada Progresista ran for president in May 2018, disregarding an opposition boycott and not bowing to U.S. pressure to drop out. They returned to toeing the line when Juan Guaidó was recognized (or appointed, depending on whom you ask) president by the Trump administration in January 2019.  Yet the failure of the coup, the backlash against the sanctions, and the realistic possibility of a war have created room for moderate elements to try to outmaneuver the extremists.

For its part, the Venezuelan government’s policy has almost without exception been to push for dialogue. The Trump administration and un-critical Democrats interpret this as being an attempt to “buy time.” This analysis makes for a good soundbites, but it’s nonsensical. Why would a government under siege seek to buy time to extend the siege? Buying time would mean extending the misery caused by the sanctions, the exact tactic sought by the Trump administration to attempt to increase opposition to President Maduro. The lone exception to the Venezuelan government’s policy of dialogue occurred in August, when they walked out of the dialogue in Barbados after Juan Guaidó encouraged the Trump administration to impose further sanctions, sanctions that function as a de facto economic blockade of the country.

The new pact with opposition groups includes five points: 1) the ruling socialist party (PSUV) and allied parties will return to the National Assembly (which they had abandoned when the Supreme Court declared it in contempt in 2017); 2) a new board of the National Electoral Council will be selected; 3) prisoners will be released per the recommendations of the Truth Commission; 4) an oil-for-food program will be established; and 5) parties reject unilateral coercive measures (sanctions) and call for their lifting. The accord has already resulted in the liberation of Edgar Zambrano, a leader in the opposition Democratic Action party who had been imprisoned for allegedly participating in the April 30th coup attempt. On September 18, news broke that Javier Bertucci, an opposition evangelical leader who surprised analysts by winning over 1 million votes in the 2018 presidential elections, had signed on to the agreement and joined the newly established National Roundtable Dialogue.

Between those who voted for President Maduro (6.2 million votes) and Javier Bertucci (over 1 million votes), and those who are sympathetic to the four opposition parties, millions of people are represented in this dialogue. A significant bloc of Venezuelans, one that includes people who dislike or even detest President Maduro, see negotiations as the only way forward, recognize the threat of war, know that the sanctions are destroying Venezuela’s economy and threatening its social fabric (as Venezuelan victims of an economic war become migrants). The Democratic party and most of its presidential candidates do a great disservice to these people by supporting sanctions and regime change efforts.

Instead of aiding and abetting President Trump’s disastrous policy, the Democrats need to challenge it, and the most obvious candidate to do so is Bernie Sanders. From his work with Central American solidarity in the 80’s, Senator Sanders knows of the human costs of intervention and of the need to avoid parroting the rhetoric of warmongers. He is one of the few people who can change the conversation about Venezuela in the United States. He could take the same approach as the Venezualan opposition coming to the negotiation table: expressing his dislike of President Maduro while denouncing the sanctions, advocating for dialogue, and pointing out the hypocrisy of targeting Venezuela while the U.S. is allied with a drug-trafficking dictator in Honduras and a regime in Colombia that has a human rights crisis with social and environmental activists murdered nearly every day. This is an opportunity for Senator Sanders to amplify the Venezuelans resisting the sanctions, and that cannot occur at the same time as an appeal to warmongers on either side of the aisle. 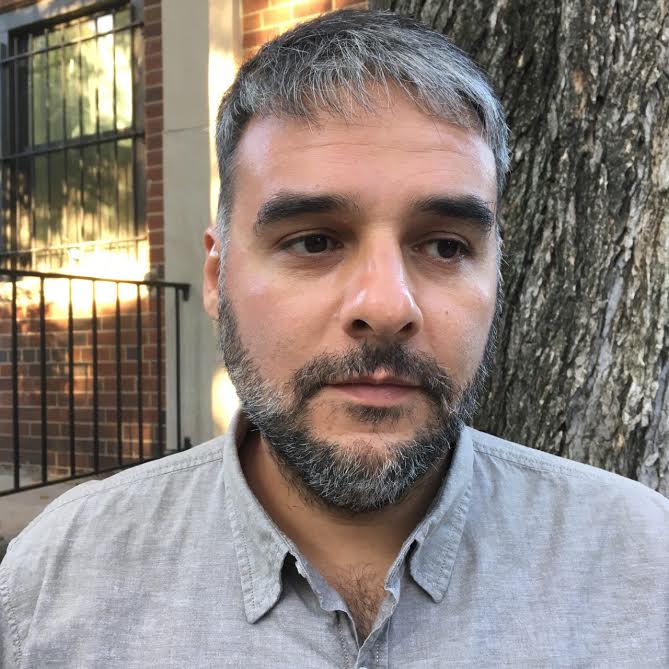