Detained by ICE because he is Iranian? 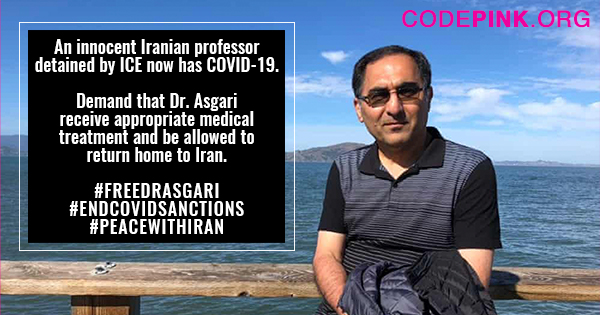 Iranian professor Dr. Sirous Asgari, unjustly arrested by the FBI in 2017, has now come down with COVID-19 in ICE custody and is at risk of dying. Dr. Asgari is 59 years old and has a history of respiratory problems. He is a man who has never committed any crime and has, for years, been asking simply to return to his home in Iran. ICE must immediately release him to a medical facility where he can receive proper for the coronavirus care and then he must be allowed to return home to Iran. Contact them now!

Having received his PhD in 1997 from Drexel University in Pennsylvania, Dr. Asgari teaches at Sharif University of Technology in Iran. In 2017, he came to the U.S. to visit his daughters, but upon arriving, he was arrested by the FBI and charged with violating U.S. sanctions against Iran. After more than two years of legal battles, in November 2019 he was found NOT GUILTY but instead of being freed and allowed to go home to Iran, he has since been held in ICE custody.

Since his detention by ICE began, Dr. Asgari has been transferred to four different facilities. In just the last month, in the midst of the global pandemic, he was put on nine different flights before ending up at the Winn Correctional Center, a dirty, crowded facility in Louisiana that in December 2019 received attention when it pepper-sprayed migrants protesting for an end to their prolonged detention. Louisiana is one of the states hardest hit by the coronavirus. 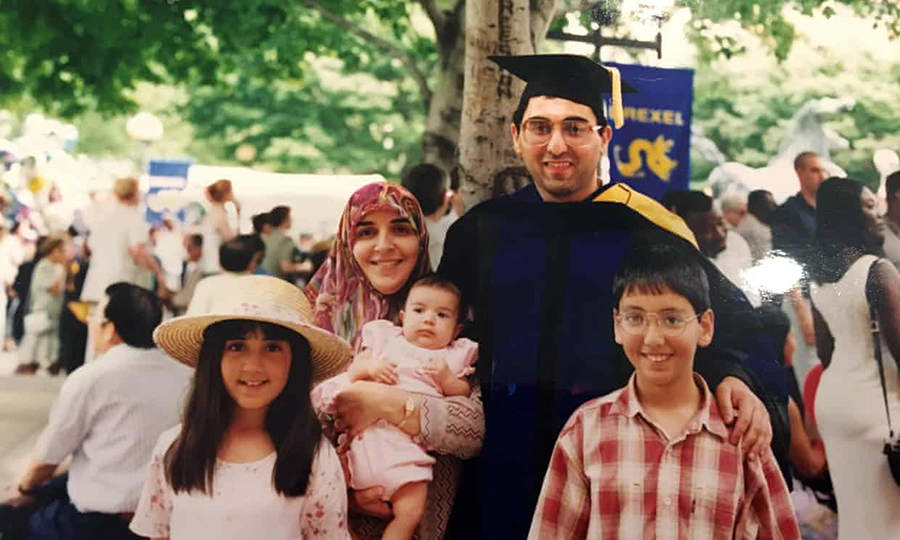 Dr. Asgari in 1997 when he graduated from Drexel University in Pennsylvania.

There is an emergency lawsuit underway for Dr. Asgari and 16 other people who are severely at risk from COVID-19 because of medical vulnerabilities, but we are not waiting. Contact ICE now and demand that they send Professor Asgari to a proper medical facility and allow him to return home to Iran.

In ICE detention, Professor Asgari has been sharing living space with between 29 and 44 other detainees. They sleep on rusted metal beds in a room so humid that the bedsheets are constantly wet. There is only one shower, two toilets, and no access to clean clothes. Social distancing is impossible, as is access to the necessary sanitation.

Dr. Asgari has repeatedly raised concerns about ICE bringing new detainees into the close quarters of the facility. After ICE recently brought a new group to his pod, he reported a high fever.

“I can’t believe this is happening. It’s devastating,” said Mehrnoush Yazdanyar, an attorney working with Asgari’s family. “Every fear he had has been realized, one by one, ending up with him contracting COVID-19. This is an innocent man who hasn’t committed any crimes. He shouldn’t be behind bars. Why does the US government continue to keep him in detention?”

ACT NOW. Demand that ICE allow Dr. Asgari to go to a proper medical facility and then to return to his home in Iran. There is no time to waste!

Towards safety and freedom for all,

P.S. Join us this Friday, May 1, at 3:00 PM ET for a discussion between Medea Benjamin and Negar Mortazavi, one of the most prominent Iranian-American journalists. Negar has appeared in The Independent, BBC, CNN, MSNBC, and NPR, and was named by the Guardian as one of the top 10 people to follow on Twitter for Iran news. RSVP now and have the event added directly to your calendar. Don’t miss this important opportunity.