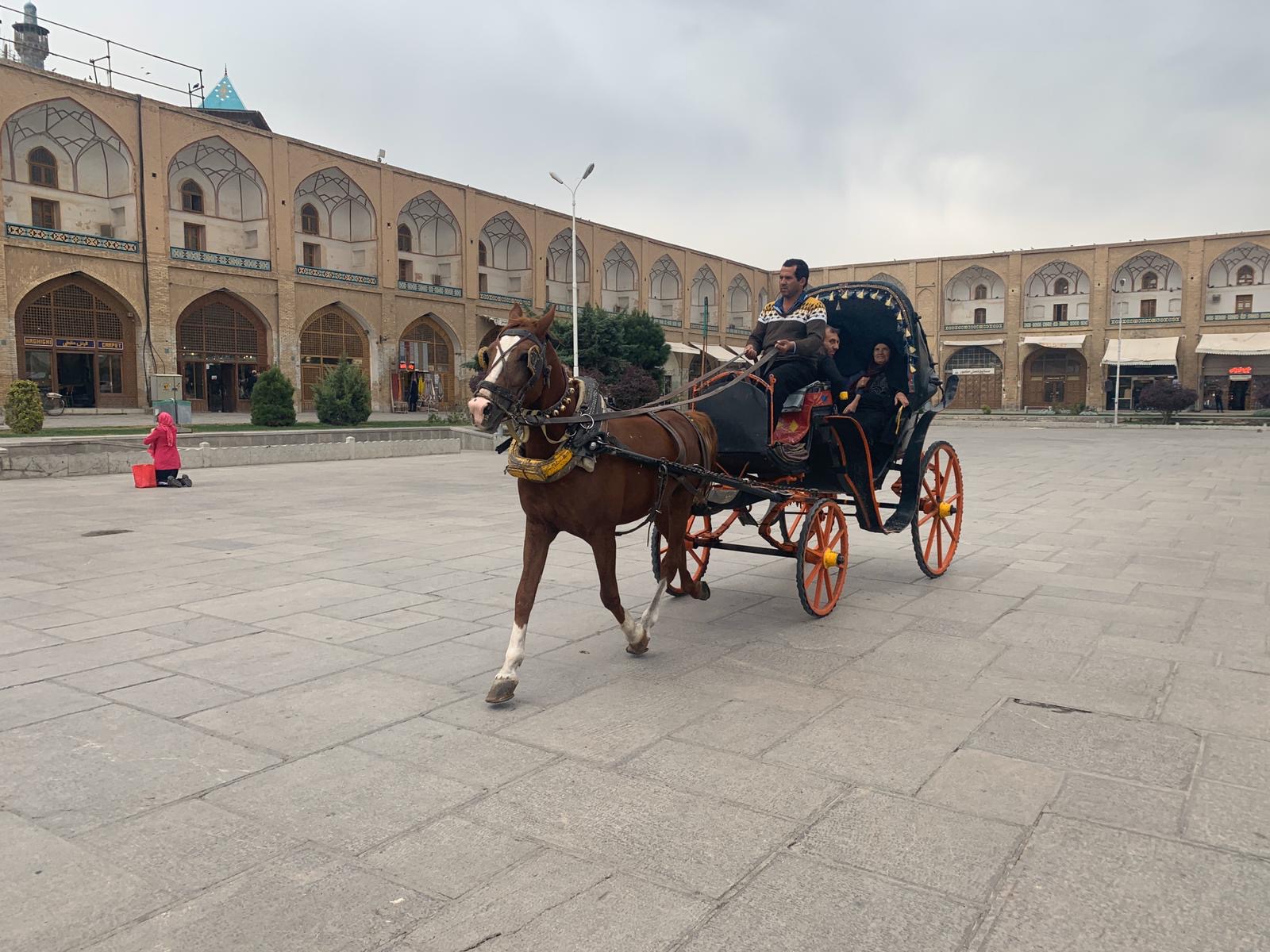 (ISFAHAN) — After a fast-paced first couple of days in Iran, our group’s bus journey from Tehran to the cultural capital of Isfahan gave us some hours of quiet time to stare out into the passing rugged mountain terrain and reflect on what we had seen. The road from Tehran to Isfahan runs along the central spine of Iran, across a vast, largely uncrowded plateau of dun-colored hills that appear as if they had been lifted out of a Georgia O’Keeffe painting and jagged, uneven distant mountain ranges. Mostly barren of trees with low slung hamlets or an occasional patch of cultivated green, the landscape of northern Iran, from the holy city of Qom to Kashan is haunting in its stark beauty. 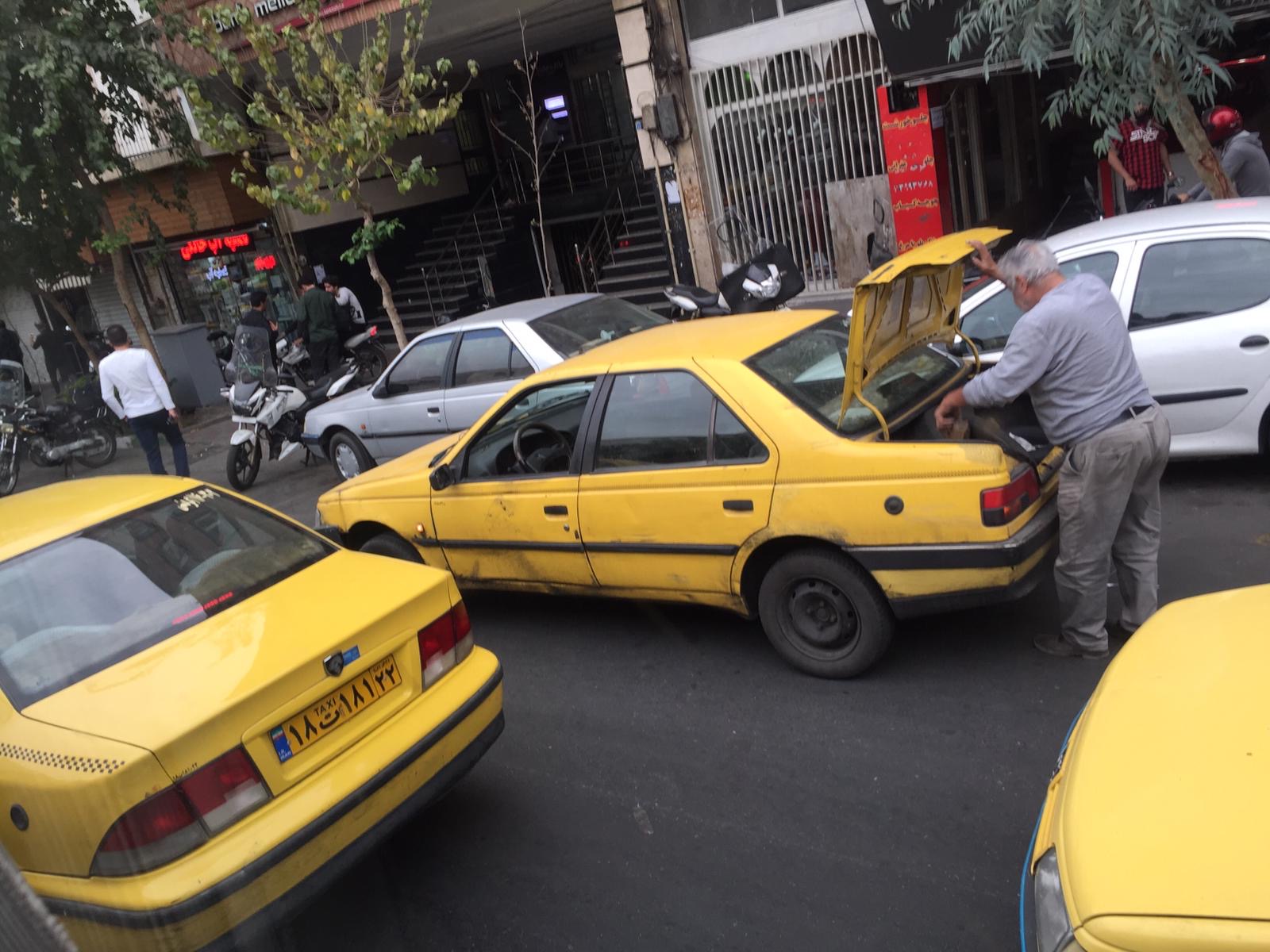 For five or six hours (at one point we had to pull off the road so our driver Mohammed could make an impromptu repair) I stared out the window as Iran passed by in a golden blur, a burning ember of sun sinking early in the charcoal grey sky. In just 72 hours, my mind was filled with so many impressions: Tehran — the busy, modern capital of an Islamic Republic that for 40 years has been seen (or perhaps more accurately not seen) by the United States, as a not much more than an unending symbol of threat and hostility. But the Tehran we visited was bustling and well-groomed, highways and boulevards lined with trees and landscaped medians cared for by uniformed municipal groundskeepers where and people in the street greeted us with smiles and warmth.

Tehran’s residents speed across town in road-weary older model cars — many drove Peugeots and Renaults. I saw a man straddling his motorcycle, deftly lighting his cigarette as he wove through traffic. The capital is strikingly clean, if a bit gritty and, as one of my fellow delegates put it, “looks lived in.” Tehranis go about their business; they stroll in the park and chat with friends on benches; they walk staring into their cell phones; they shop and pray and work and care for their families like in any other city.

Like anyone else, they have names and faces and hopes and aspirations. They have school exams to study for, dishes to wash, bosses to please, neighbors to greet, and dreams for their children. In this nation of 80 million, “the Iranians” are not a monolith. There is great diversity in all aspects of life and yet — I was thinking as our bus raced southward to Isfahan — why are their voices so rarely heard? Why don’t we talk about Iranian people and not just the Iranian state? In the U.S., all too often Iran is reduced to a headline about “malign activities” while the broader society is left unconsidered.

The diversity, the complexity, and the sophistication of the Iranian people in 2019, a country being squeezed endlessly by U.S. economic sanctions, is all but invisible to the people of the country doing the squeezing in a kind of thoughtless, blind, but malevolent strangulation.

Still thinking about the diversity and complexity of Iran, and about hopes for a better relationship between the U.S., our bus arrived in the city of Isfahan which is referred to as “half of the world” for its abundance of culture and beauty.

Now in Isfahan, we find a city of trees and parks, where the apex of Persian art, architecture, and cultural wealth is on full display in Naqsh-e-Jahan Square, the world’s second largest, home to artists, merchants, and centuries-old mosques where breathtaking tile work forms mosaics 11of such complexity and sublime beauty, it challenges the senses, and leaves one dizzy from the enormity of its minarets and domes.

Tourists, families, young people and elders stroll the vast square, shopping for arts, crafts, and carpets while horse-drawn carriages circle the square offering rides to visitors, their bells jingling brightly as they clop along the flagstone paths. 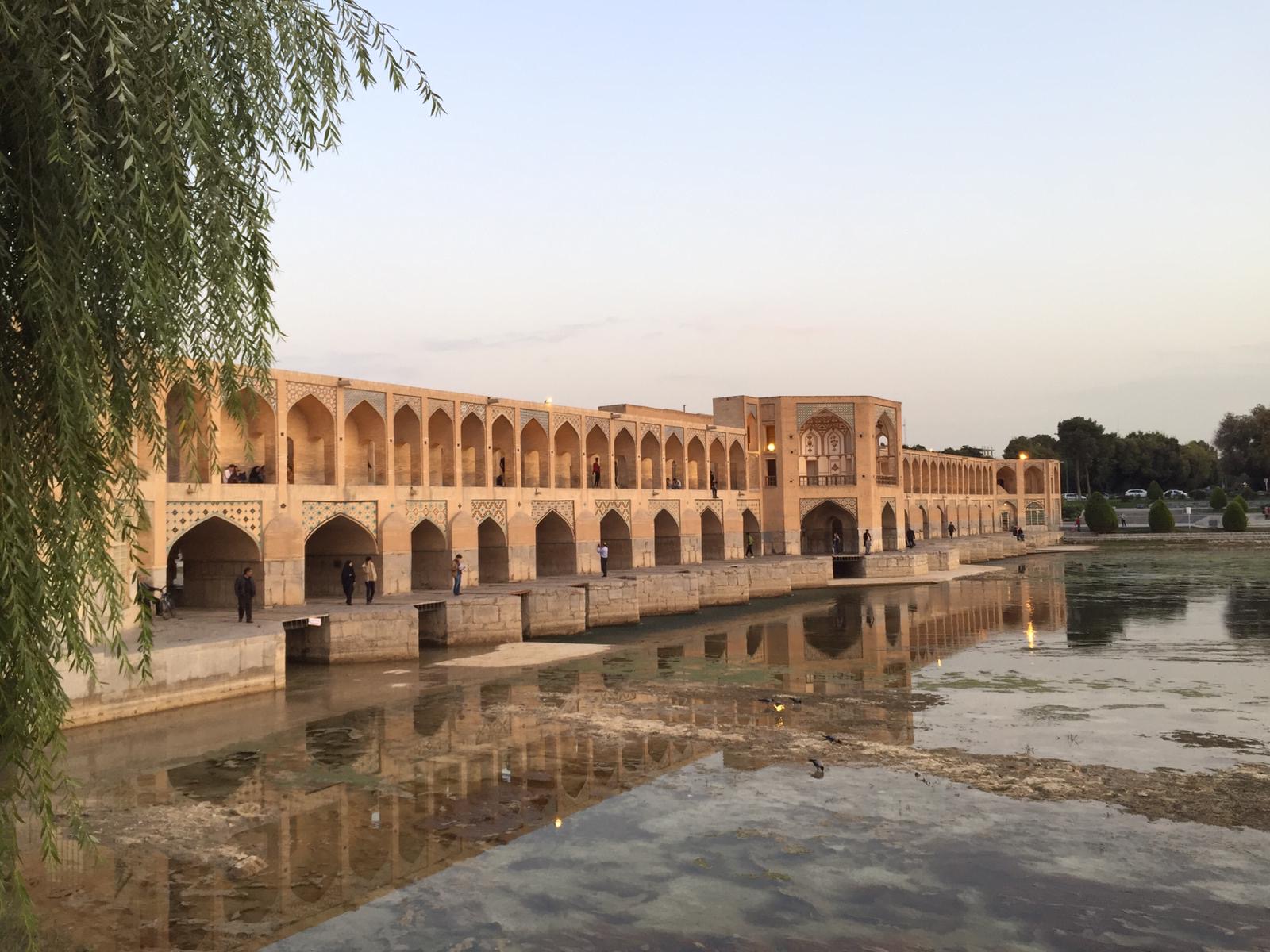 At sunset we were taken to the Khajoo Bridge, one of two famous brick bridges that span the Zayandeh River, a waterway which in recent years has run dry, but today when we visited, had a modest flow running between its broad banks. All of us in the CODEPINK delegation, accompanied by our guides, paused for photos, admired the bridge’s striking beauty, and crossed it as we are greeted by locals, some of whom said, “Welcome to Iran.” The bridge bustled with young people playing, chatting, and sitting in arched niches crowned with beautiful blue, yellow, and white tiles. Grandmothers in colorful hijab wore sunglasses and clutched their bags, brandishing iPhones and posed for photos or took selfies on the bridge as the evening call to prayer rose like a kite without a string, soaring into the fading light.

In this city that is half the world, I can see the richness of culture, the depth of its social fabric, and the vibrancy of its people, who in spite of all they are facing from economic sanctions that have been called "punitive and petty," continue to welcome us with sincere warmth, kindness, and hospitality. I wish more Americans could see the same scenes.