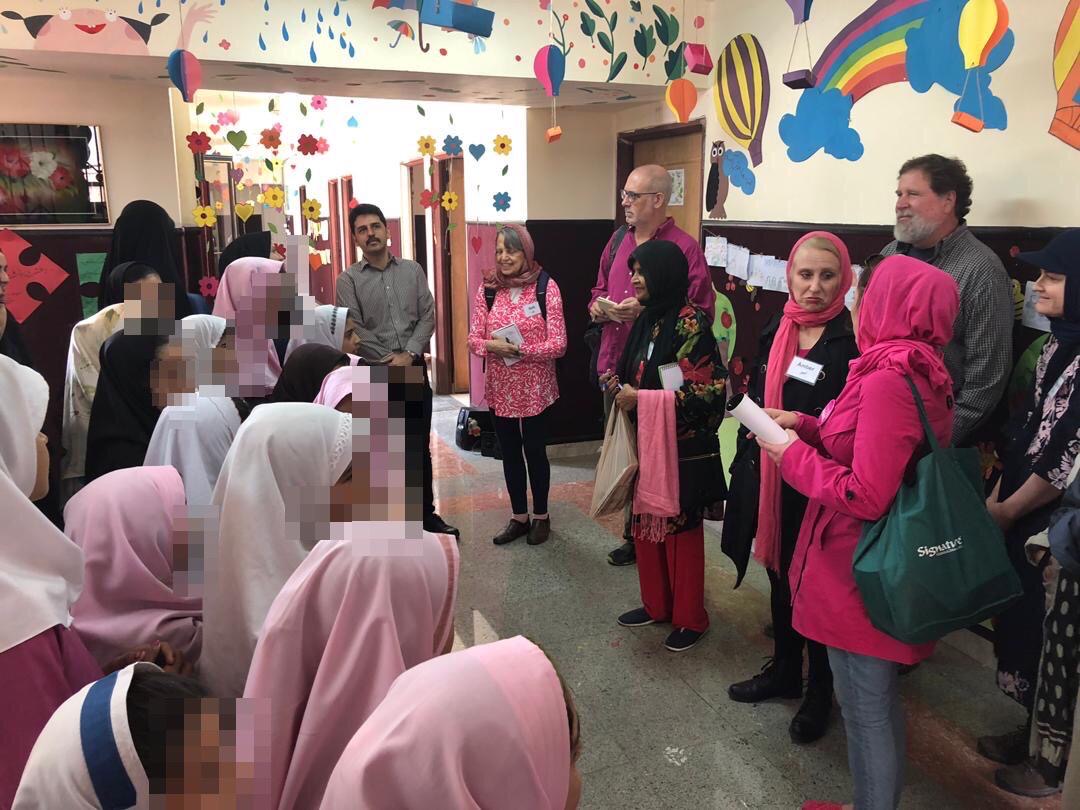 We started our day with a visit to the former US embassy which is now called “US Den of Espionage Museum.” When asked, our guide let us know that there was indeed some humor behind the name. Most of our group was alive during the Iran hostage crisis and can remember when it dominated American news cycles from late 1979 to early 1981. I, however, was not born yet, but I’m sure many of our delegates were having flashbacks as it was like a time capsule in that the interior had been kept the same for almost 40 years. From the old telecommunications devices to the green shag carpet, everything was left as it had been. Our guide Ali was very kind, but also very serious about presenting the events of the crisis in historical and accurate detail; he even cited his sources while speaking and answering our questions. I kept thinking, what an opportunity it was to visit the place where modern American attitudes toward Iran were largely shaped, where fear and mistrust began decades ago, to sit down, talk, and understand each other as fellow people seeking peace. 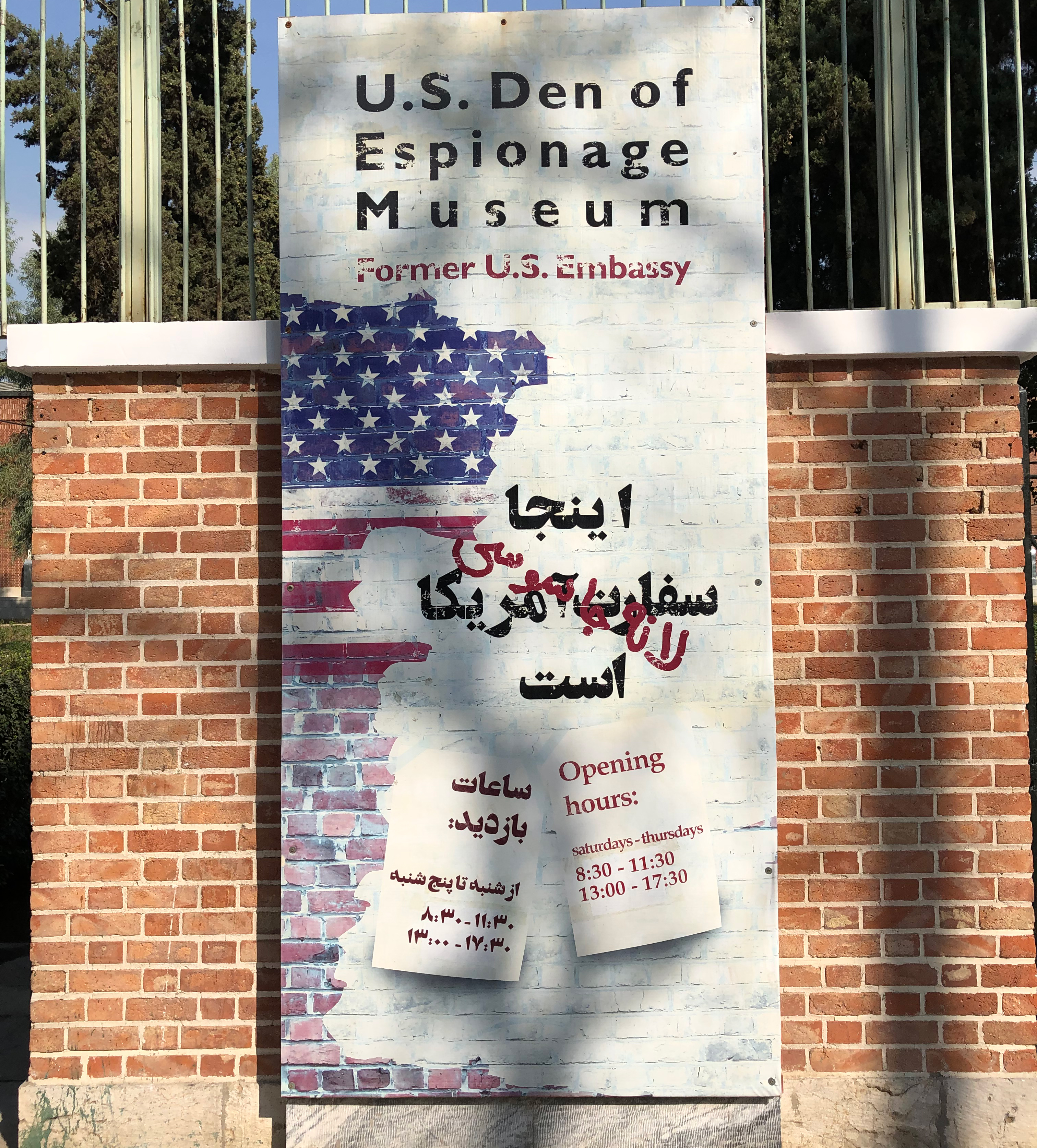 Next we visited a school for disadvantaged youth where 150 mostly grade-level students attend. The school was one of seven schools operated by an NGO. We were warmly welcomed, and the teachers and staff explained to us the school’s goals and curriculum. Many of the children come from war-torn Afghanistan and others come from parents with addiction or domestic violence issues. Because of this, students undergo psychological evaluations as soon as they enroll. Curriculums are built around each student’s individual aptitudes and needs. The student psychologist spoke with great pride about how the school stays current on the latest developments in the field of children’s psychology, making sure that the students are receiving the best care possible. One of the main goals of the school is to give students the skills they need to ultimately get a good job so that they no longer have to work on the streets. The students themselves were very sweet. Some of the boys were playing with what looked like dodgeball on the school’s bottom floor—I was tempted to join the fun but knew better—and we met the girls on the top floor. They were ecstatic to meet us! Some pop music was playing on a stereo nearby and the girls started jumping up and down and singing along at the top of their lungs. It was a scene that I recognized from many an elementary school in the US. Laughing, dancing, and beaming at each other, it was hard to say who was more excited to meet whom.

We said our goodbyes, stopped for lunch, and then we’re off to visit a Shia holy site, the shrine to Abdol Azim. The site is over 1,000 years old and is a beautiful example of Islamic art and architecture. Observing the exterior of the mosque, the tile art and ornate calligraphy, I found it hard to imagine how the interior could be any more impressive. But lo and behold, upon entering the first chamber, my jaw was on the floor. The walls and ceilings were made almost entirely out of what I learned was a unique type of Persian mirror art. The whole inside shined, glistened, and illuminated green and white. As we walked through each room, passing by people in prayer, we kept commenting to each other in astonishment, “are you seeing this?”

Adjacent to the mosque was a traditional-style bazaar where we all stopped for some traditional-style Iranian ice-cream which is made with saffron. It was delicious! After making a few purchases we were back on the bus. Before getting back to the hotel for dinner, we stopped by the famous Azadi Tower for a quick photo. At dinner, we were joined by Professor Izadi from the world studies department at Tehran University. We had conversations about what we as Americans could do to promote peace between our two countries. It was a wonderful way to end a moving and eventful day.