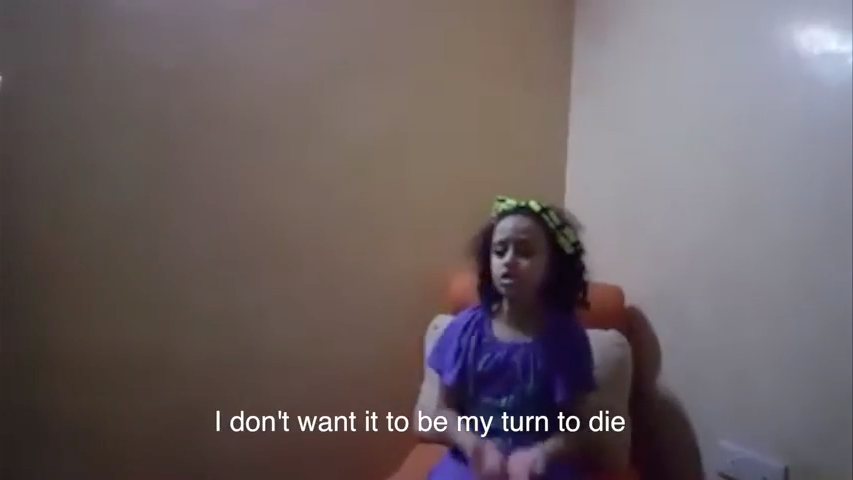 For the last month, Bushra from the CODEPINK DC office has been collecting, editing and posting a series of videos of Yemenis talking candidly about the death and destruction in their homeland caused by the relentless bombing campaign led by Saudi Arabia. Called Voices from Yemen, the series is powerful and haunting. Will you take a few minutes to watch and share the videos?

The voices of women and children mourning for their country in these videos deepens our resolve: We MUST push Congress to block the sale of further weapons to Saudi Arabia!

In the latest video, 10 year-old Yara Al-Mutawakel tells the story of how war broke out on the eve of a school concert she was excited to get to play. Her excitement about playing music with her schoolmates quickly turned to horror as she learned that people were dying in the streets as Saudi Arabia mercilessly bombed her country. At one point in the video she cries out, “I don’t want it to be my turn to die!”

It is reprehensible that the Obama administration has approved the sale of weapons that will continue to terrorize millions and cause more civilian deaths in Yemen. Prominent human rights organizations have stated that Saudi targeting of civilians in Yemen constitutes a war crime. Our one glimmer of hope that we might do the right thing as a nation by pushing Congress to block the sale of these weapons.

Even if you’ve contacted them before, please, take five minutes now to tell your Senators to support S.J. Res 39, the bill to block the sale of weapons to Saudi Arabia.

In solidarity with Yemen,

P.S. We’ve been hearing from coalition partners that there are multiple Senators who are still undecided on this issue. Your message could be the push they need to support SJ Res 39!