CODEPINK Responds to the Attack in Kabul, Reiterates the Failures of War 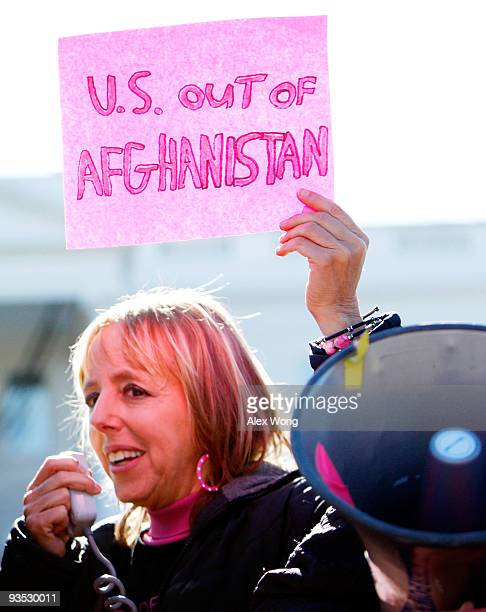 CODEPINK Responds to the Attack in Kabul, Reiterates the Failures of War

The CODEPINK team is filled with sorrow for the families of those killed and injured, both U.S. and Afghan, in the attacks that took place in Kabul on Thursday, August 26, 2021. This huge tragedy reinforces the need to hold accountable those who initiated and perpetrated the 20-year-long war in Afghanistan and to radically transform U.S. priorities from militarism to human needs.

The horrific attack in Kabul that took the lives of 13 U.S. soldiers and at least 60 civilians drives home the colossal failure of the U.S. war in Afghanistan and the fact that there is no military solution to terrorism. Violence just creates more violence; it is a never-ending cycle.

Biden’s call to hunt down the ISIS-K killers who are responsible for the airport attack sounds eerily like the call of President George Bush that led us into this 20-year debacle. A military campaign to find and kill these terrorists will continue and escalate that cycle, not end it. A campaign to find and kill these terrorists -- using drone attacks, airstrikes, or CIA/special forces to raid villages and break down doors -- is certain to kill innocent civilians as well.  Thirteen US troops were killed - and that's tragic.  Far more Afghans were killed -- we don't yet know how many -- and they are mostly civilians, including children and women. We mourn all these lives lost, and we commit to stopping attacks on U.S. soldiers and breaking our participation in the cycle of violence by bringing our troops home.

CODEPINK urges the Biden administration to remain focused on getting vulnerable people out of Afghanistan out and accepting a far greater number of refugees into the U.S. We must greatly reduce the bureaucratic bottlenecks that are preventing people from being safely resettled here.

CODEPINK calls on the U.S. to keep the U.S. embassy in Kabul open, and contribute significant funds to economic and humanitarian aid. Over three million Afghan internal refugees are in dire need of food, shelter, clean water, and medical care. The UN Refugee Agency (UNHCR) has issued an urgent appeal for $350 million — less than the cost of two days of war. CODEPINK calls on the U.S. to pay the bulk of this appeal and the broader UN appeal for $1.3 billion, and to stop preventing the Taliban from accessing Afghanistan’s funds currently being frozen in U.S. banks and held back by the International Monetary Fund. The U.S. must not escalate the humanitarian crisis in Afghanistan further by imposing additional sanctions on the Taliban and withholding money that belongs to the Afghan people.

CODEPINK calls on the American people to be vigilant that this horrific attack does not result in an increase in Islamophobia and anti-Arab racism here at home. We must not allow this crisis to be used, as it was after the 9/11 attacks, to reduce the civil rights of Muslim and Arab Americans and victimize those communities.

CODEPINK calls on the American people to stay focused on the critical work in front of us: cutting the Pentagon budget, protecting voting rights, countering the pandemic and funding healthcare, education, and infrastructure needs, and mitigating climate catastrophe.

If President Biden had not honored the Doha agreement that Trump made in 2020 to withdraw all U.S. troops from Afghanistan, if he had re-escalated the war, an even greater number of U.S. and Afghan people would have likely been killed in the ongoing conflict and stalemate that has been America’s longest war. While we hold in our hearts all those who lost loved ones over the past 20 years, we remain grateful that America’s longest war has finally ended.