Rallying for Peace in Year of the Tiger 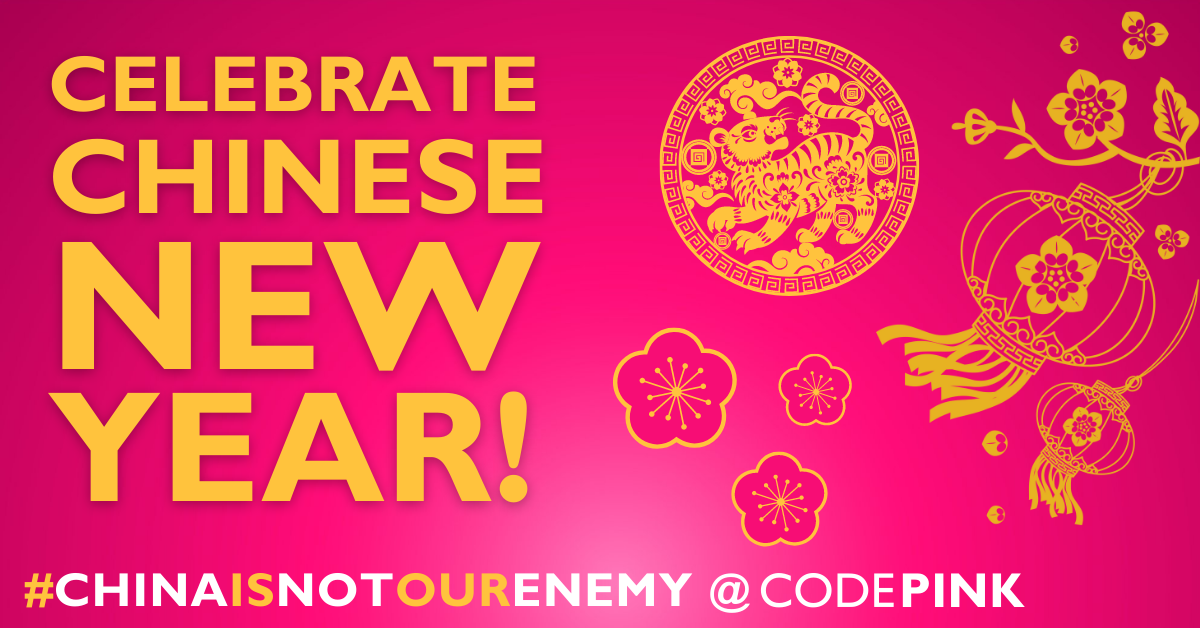 Chinese New Year can mean different things to diaspora living in the west.

To me, Chinese New Year represents one of the few times when my Chinese culture and heritage was celebrated by non-Chinese people, albeit in shallow gestures of knowing which zodiac year it was, a good faith effort to pronounce gung hay fat choy, or giving me a sheet of the official lunar new year stamps from the US Postal Service. The rest of the year, my Chinese-ness was a point of difference that only earned derision from others.

Even before I understood why or had the words to articulate my discomfort, I was acutely aware of how anti-China sentiments were commonplace. Before I had even learned the word “microaggression” to describe the interpersonal exchanges I often had, I remember watching a disturbing ad on television in 2010. The ad depicts a professor in a futuristic Chinese lecture room in the year 2030, teaching about the downfall of the United States. The professor ridicules U.S. policy and the fact that China owns most of its debt. His students laugh along.

The dystopian lighting and fear-mongering tale of “losing” to China is the exact kind of tone and rhetoric still being used over a decade later by the mainstream media and Congress. This is the attitude of many towards China for the majority of the year. Chinese New Year is one of the few occasions when Chinese culture and Chinese people are seen in a positive light in the western world.

In U.S. metropolitan areas, the city might hold a parade or have celebrations happening in its Chinatown, but in China, “chunyun” (春运) marks the spring travel rush. Chunyun is the world’s largest annual migration event when people return to their hometowns, often in more rural parts of the country, to be with their families for the lunar new year. Before the pandemic subdued domestic travel, in 2019 the government recorded 415 million people traveling during the holiday season.

At the beginning of 2020, I was living in San Francisco and already in January, the Chinatown community was feeling the far-reaching effects of the COVID-19 outbreak in Wuhan. Local businesses were seeing a decrease in tourism that they heavily rely on at that time of year. There was also a small, but notable dip in turnout for the Chinese New Year parade, which boasts itself as “the biggest parade celebrating the lunar new year outside of Asia.” A few weeks after the parade, San Francisco became one of the first cities to implement a shelter in place policy.

Two years later, the U.S. is at nearly 900,000 deaths from COVID. As the lunar new year approaches once again, I am reminded that at the start of the COVID-19 pandemic, residents of Wuhan sacrificed the most important holiday of the year to protect the rest of the country. China sounded the warning of a new, deadly virus and yet was vilified by the rest of the world for doing so.

China is a country of 1.4 billion people who are living their own lives, working to thrive in the 21st century. To achieve that prosperity, the U.S. needs to work with China, not against it! There are existential issues threatening us all, such as the climate crisis and possible future epidemics that require multilateral cooperation.

In 2022, Year of the Tiger, I want people to understand that China is not our enemy or the Other to scapegoat. I urge everyone to use this Chinese New Year to interrogate their personal biases and prejudices. Commit to ending Sinophobia in your life, and renew your commitment to peace!

Lauren Gonitzke is the assistant for CODEPINK's China Is Not Our Enemy campaign.