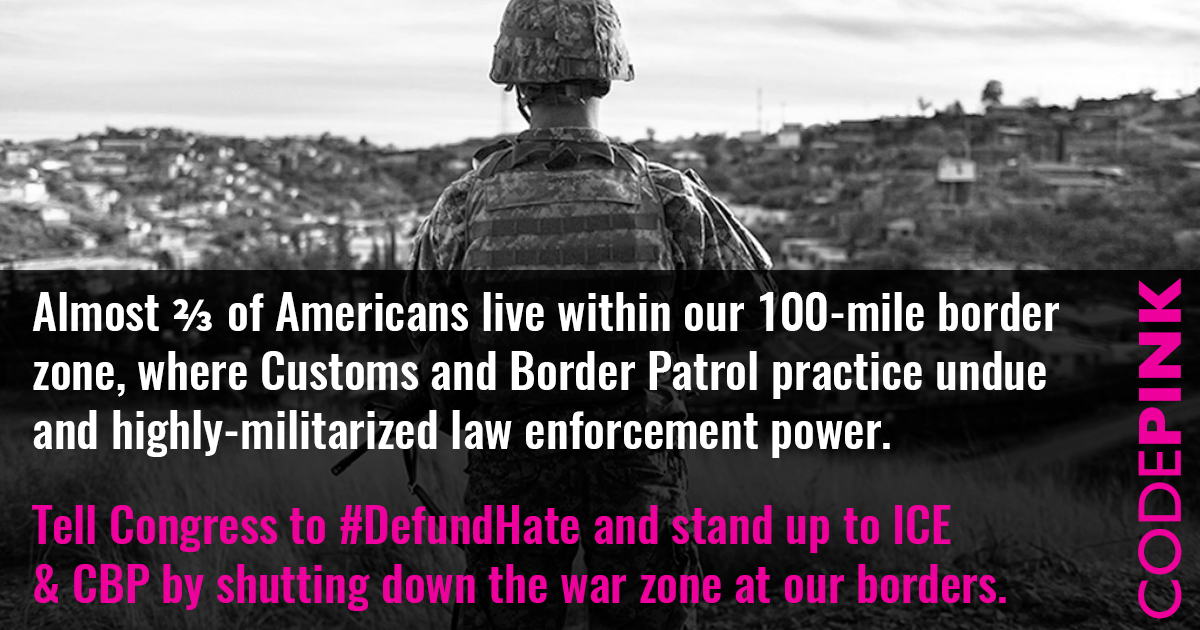 As tens of thousands of migrants flee gang violence in Honduras, the Trump administration has taken extreme measures to dissuade them from seeking asylum in the U.S. Before the midterm elections, the administration intensified its hate and credible threats of violence by deploying thousands of troops to the U.S.-Mexico border. Acting above the law, the Trump administration instituted a Presidential order denying asylum to migrants crossing the border, handing over unprecedented power to U.S. Immigration officials. We call on Congress to #DefundHate and stand up to U.S. Immigration and Customs Enforcement (ICE) and Customs and Border Protection (CBP).

The budget for ICE has increased by a billion dollars in the last two years, extending its influence well beyond the border. It already has enough taxpayer money to detain 350,000 to 400,000 asylum-seeking migrants. Every day, tens of thousands of people — including asylum seekers and undocumented immigrants — are detained by ICE and CBP, who have jurisdiction over two-thirds of the American population. Beyond its unprecedented reach into our daily lives, this agency is notorious for racial discrimination, the use of excessive force, and illegal search and seizure — in short, for treating people seeking a better life as potential enemy combatants rather than as humans with rights and dignity to be respected and upheld. Both ICE and CBP detain children, separate families, terrorize communities and have a long history of fiscal mismanagement.

Our ideals and principles are of peace and justice — when the basic rights of the most vulnerable are threatened, we must stand up and speak truth to power.