China Is Not Our Enemy with Peter Getzels 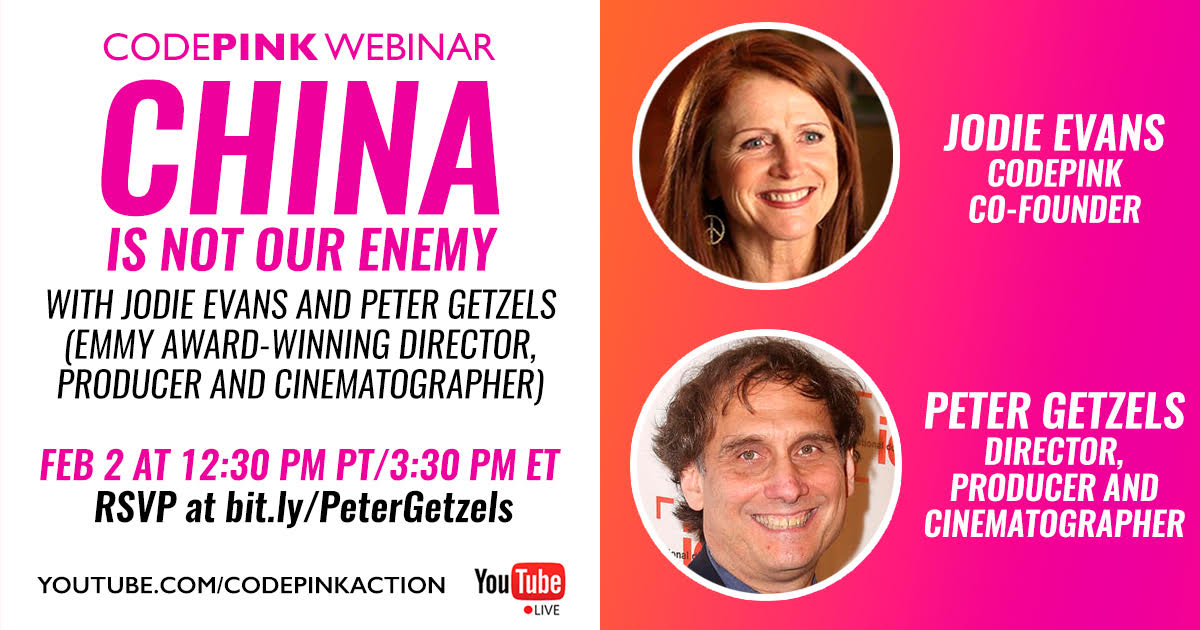 As we continue to dismantle the hate and aggression towards China in efforts to prevent another Cold War, we are engaging in conversations with people across the globe. This week CODEPINK cofounder, Jodie Evans will be in conversation with Peter Getzels, film director and producer, to talk about his documentary that shows China eradicating poverty. PBS has taken the documentary down and we are asking them to reinstate the film on their channels. We need to be spreading the truth- China Is Not Our Enemy.

Peter Getzels is an Emmy Award-winning, director, producer and cinematographer. Currently he is co-creator and producer/director of
the long-running PBS series on science and philosophy called Closer To Truth, now in its 20th season. Robert Lawrence Kuhn is creator, host and writer. Getzels has directed and produced over 150 hours of television. Getzels has worked in China on several major projects including series director/producer of China’s Challenges, with creator, host and writer Robert Lawrence Kuhn. In 2013 and 2018 China’s Challenges won 1st prize from the China News Awards and 2nd prize in 2015. The series won a LA Emmy in 2016, and Telly Awards in 2017 and 2018. In addition, Getzels has recently completed a feature length documentary, Voices from the Frontlines: China’s War on Poverty, which was co-produced by The Kuhn Foundation and PBS SoCal in association with CGTN (China Global Television Network).