Chelsea Manning is free! Send her some love! 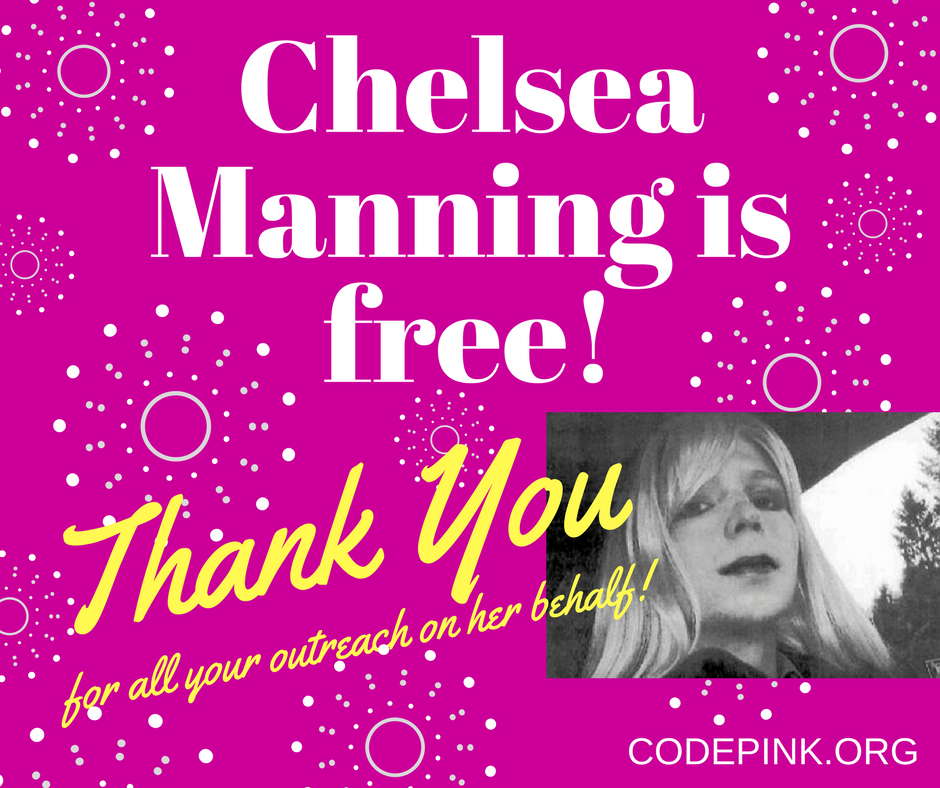 Chelsea has been in prison since May 2010. She was held in solitary confinement and attempted suicide twice. She risked everything to do what she felt was right. 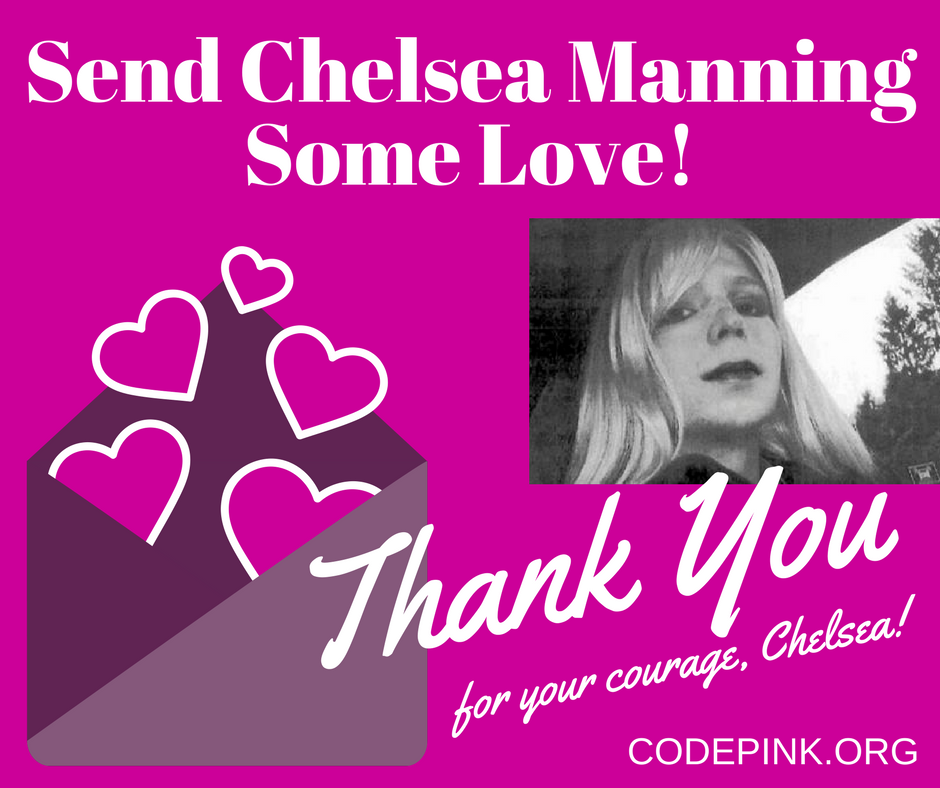 We still have time to show her our appreciation before she enters the next chapter of her life. Take the time to send her a letter of love and celebration by signing our note here. We will deliver it to her next week!

Imagine what her life will be like now that she is out of that prison!