Can You Stop Endless War?

On Wednesday, March 11, the new Secretary of Defense Ashton Carter, Secretary of State John Kerry, and General Martin Dempsey appeared before the Senate Foreign Relations Committee to make a sales pitch for President Obama’s new Authorization to Use Military Force. Two members of CODEPINK were arrested for speaking out against endless war (see pics)!

Your senators need to hear from you NOW that you oppose a new AUMF. If Congress grants Obama’s request, this will be a stamp of approval on behalf of the American people for the latest military fiasco in Iraq, Syria, and perhaps other countries as well. As currently written, there are NO geographical limits to this new AUMF, and it would last for 3 years, into the next presidency, and would allow for thousands of ground troops for an indefinite time. For a more detailed critique, please read this article.

Please call the 24-hr Congressional Switchboard number,202-224-3121, ask for the senator from your state and/or Committee Chair Bob Corker and leave this message:

“The 2002 AUMF for a US war in Iraq has brought death and destruction, and led to the rise of ISIS. Military force creates more problems and we cannot afford the costs. I oppose President Obama’s request for a new AUMF, and for continued US military involvement in Iraq and Syria.” 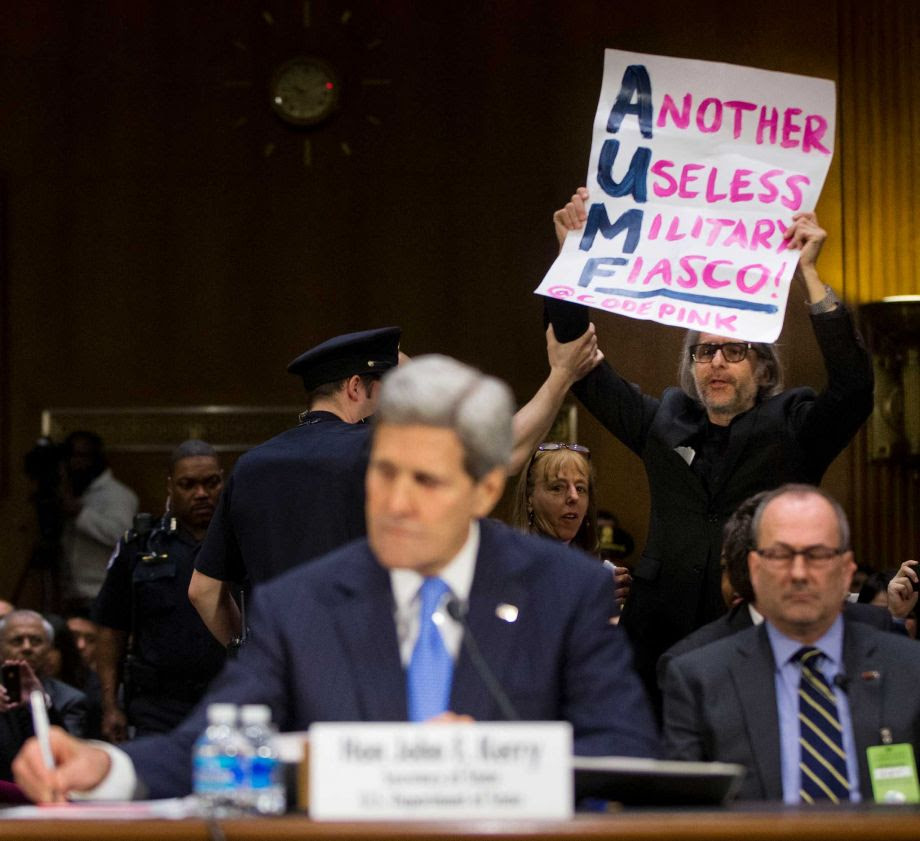 No to...
Another
Useless
Military
Fiasco!
No to this new AUMF!

Janet, Lisa and the CODEPINK Team