Can Trump force the UN to sanction Iran? 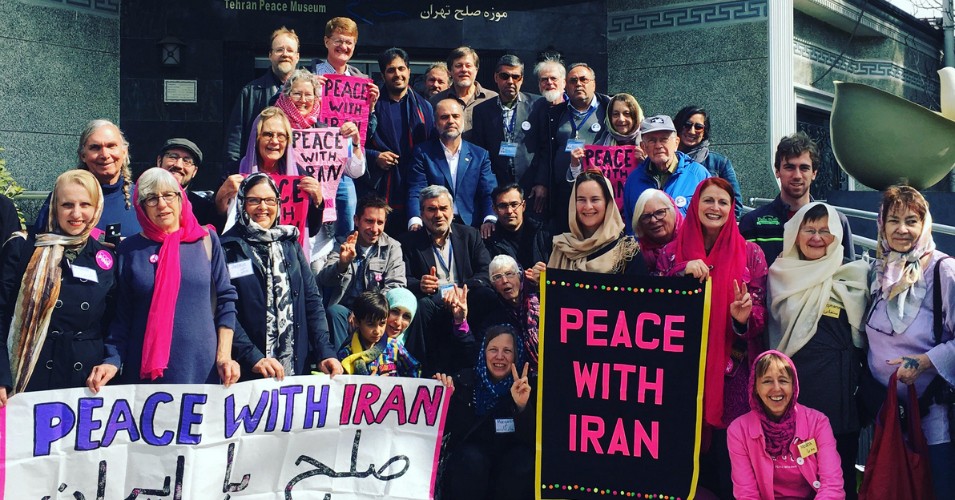 On Tuesday, Donald Trump addressed the UN General Assembly. Along with trashing China, blaming them for everything from the astronomical coronavirus numbers in the U.S. to the climate catastrophe (wasn’t it the U.S. that withdrew from the Paris Climate Accords?🤔), he bragged that he “withdrew from the terrible Iran nuclear deal and imposed crippling sanctions on the world’s leading state sponsor of terror.” But the U.S. exit from the Joint Comprehensive Plan of Action (JCPOA) has neither brought Iran to “negotiate a better deal” nor made the world a safer place. In fact, Trump’s actions have pushed Iran to enrich uranium beyond the levels stipulated in the deal.

The Trump administration is now attempting to force UN countries to impose new sanctions against Iran through the backward logic that, since Iran is enriching uranium beyond JCPOA levels after the U.S. — not Iran — exited the deal, all countries must respond by punishing Iran. The logic may be absurd, but make no mistake about it, it is dangerous!

Join us in urging UN Security Council member countries to reject new sanctions against Iran and condemn the U.S. for undermining the nuclear deal. Once we reach 5,000 signatures, we will deliver it to UN missions.

The Trump administration claims that as an original participant in the Iran nuclear deal, the U.S. retains the legal right to force the UN to impose what is known as “snap-back” sanctions. There was a clause in the deal saying that if a participant in the deal officially notifies the Security Council that Iran is out of compliance, sanctions on Iran that were lifted when the deal was signed would be reimposed in 30 days.

Most counties aren’t buying the U.S.’s distorted logic and are insisting that the U.S., by withdrawing from the deal, has abdicated its right to trigger snap-back sanctions. But even though most countries are rejecting U.S. bullying, these hostile moves are adding new levels of uncertainty and tension. “The United States is intent on enforcing all the UN Security Council resolutions,” said Secretary of State Mike Pompeo last Thursday. “We intend to ask every country to stand behind them.”

Thankfully, France, Britain, and Germany, who helped negotiate the deal, released a joint statement last Sunday, making it clear that the U.S gave up its right to have a say in UN sanctions against Iran. European Union foreign policy chief Josep Borrell pleaded for the agreement to be preserved, urging all parties “to refrain from any action that could be perceived as an escalation in the current situation.” We agree.

Trump, Pompeo, and U.S. special envoy to Iran, Elliott Abrams, seem intent on killing the JCPOA. This terrible trio’s latest actions could push Iran to expel the international monitors from its nuclear facilities. This would end the deal entirely, and the world would become a much more precarious place. Sign our petition to UN Security Council member countries asking them to refuse to impose new sanctions against Iran and to reject U.S. bullying. Once we reach 5,000 signatures, we will deliver the petition to U.N missions.

We campaigned for the Iran nuclear deal in 2015, and since Donald Trump came into office, we have been fighting to keep it intact. To push back against the Trump administration’s latest efforts against diplomacy, we need all hands on deck. Add your name now to our petition asking the other members of the Security Council to resist U.S. bullying.