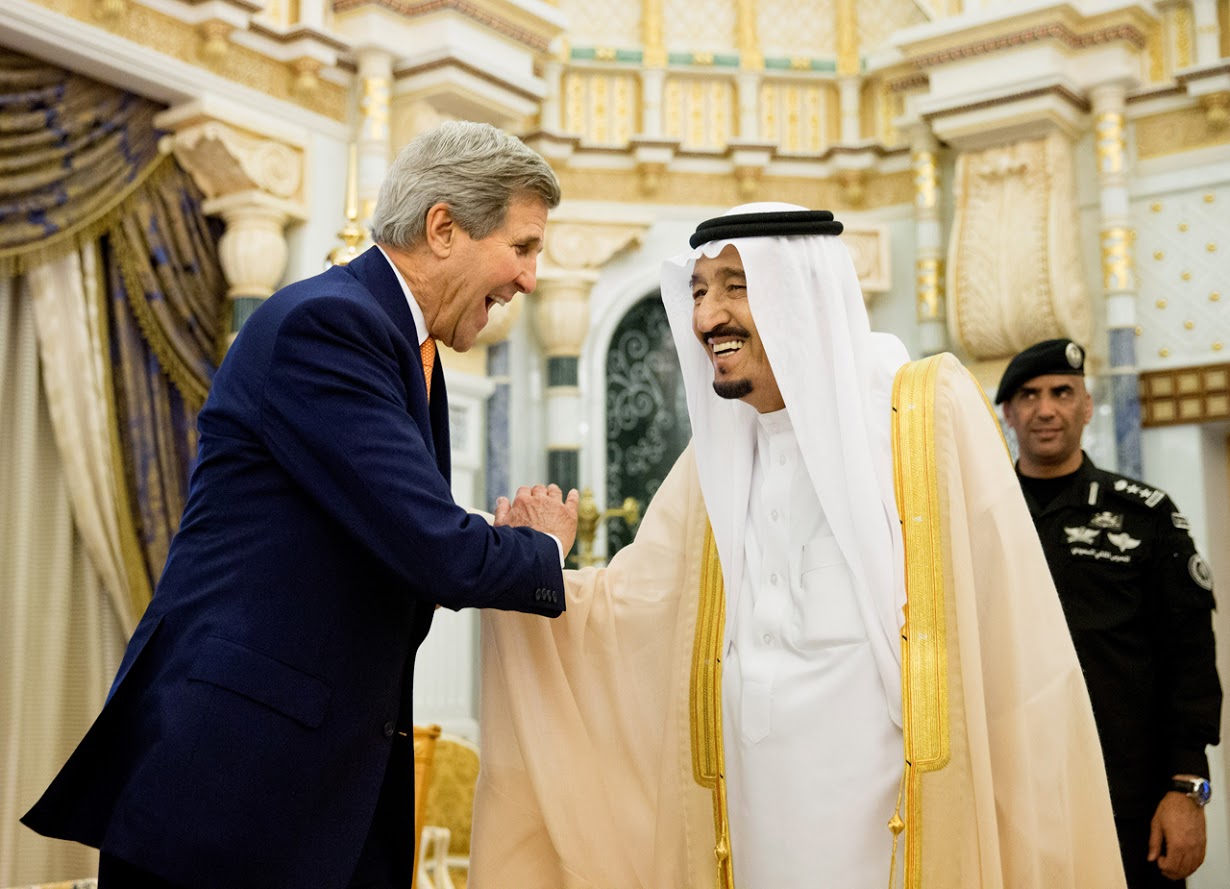 Breaking news: Secretary of State John Kerry is headed to Saudi Arabia next week to meet with leaders to discuss the ongoing death and destruction in Yemen. We want him to do more than just discuss it: We want him to end it!

Sign our petition to Secretary Kerry asking that he pressure the Saudis to end their ruthless bombing campaign in Yemen!

In just the past ten days, the Saudi-led coalition has killed dozens of innocent Yemenis – many of them women and children – in air strikes on civilian targets including a school, a Doctors Without Borders hospital and a potato chip factory. The apparent intentional targeting of Yemeni civilians amounts to war crimes being committed, and by sending the Saudi regime billions of dollars worth of weapons, the US government is directly complicit.

At CODEPINK we’re working hard with a coalition of human rights organizations to stop the latest sale of $1.5 billion dollars worth of weapons to Saudi Arabia. We still have time to block the weapons sale, and Secretary Kerry must let the Saudis know that the U.S. will not support the killing of civilians in Yemen. With 83% of the Yemeni population now dependent on humanitarian organizations in order to survive, it would be unconscionable for the U.S. not to do everything possible to end the destruction.

Tell Secretary Kerry to demand that the Saudis stop bombing Yemen when he meets with them next week!

P.S. Check out our video marking the launch of the campaign to end weapon sales to Saudi Arabia!