Are we winning on the Saudi front? 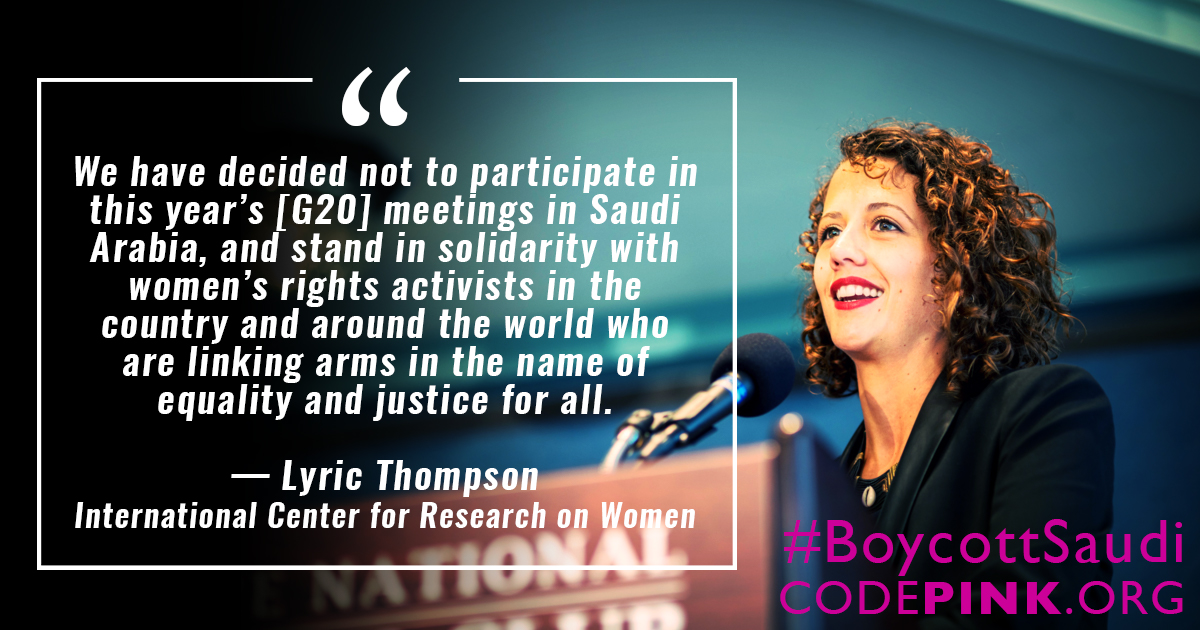 We’d like to invite you to join us tomorrow, Tuesday, May 5, at 3pm ET,  for an update on what is happening in Saudi Arabia with Saudi activist and academic Abdullah Alaoudh.

And since we all need some good news these days, we’d like to share some big wins in our Stop Saudi campaign:

✅ Last month, the Saudi government announced that it would end flogging as a form of punishment, something we have long been advocating. The barbaric practice had been used for a variety range of offenses, from public intoxication to extramarital sex. In 2014, Saudi blogger Raif Badawi was sentenced to 10 years in prison and 1,000 lashes for “insulting Islam.” There was such an international outcry after Badawi’s first 50 lashes that the government did not continue (although they are still keeping him in prison). The elimination of flogging is a critical move in the right direction and it is thanks to the diligent efforts of human rights campaigners around the world, including you, [first name].

✅ The Saudi government announced that it would also be abolishing the death penalty for minors. This saves the lives of many young people held in Saudi prisons, including Ali al-Nimr, who was just 17 years old when he was arrested for participating in the Arab Spring protests—where he helped facilitate first aid for protestors and used his cell phone to encourage others to join him. Two years, later the kingdom sentenced him to death by beheading. We at CODEPINK have never stopped campaigning for Ali. Now that his life seems to be spared, we demand his immediate release and compensation for the gross violation of his human rights by arbitrarily detaining and torturing him. We also call on the government to put a total end to the death penalty, which is mainly carried out by the gruesome practice of beheading.

✅ Saudi Arabia is slated to host — either in person or virtually — this November’s G20 summit of the world's wealthiest nations. Included in the gathering will be the Women 20 (W20) subgroup to advise the organization on gender equality and women’s economic empowerment. What a sick joke to have the most gender-segregated country on the planet host a discussion on women’s empowerment while brave women activists like Loujain al-Hathloul, Samar Badawi, and even Crown Prince MbS’s own cousin, Princess Basmah bint Saud, remain imprisoned and are tortured for their human rights work.

Thanks to the hard work of our partner at Freedom Forward, who organized a letter from nearly 30 organizations, including CODEPINK, prominent W20 delegate Lyric Thompson of the International Center for Research on Women has dropped out. “We have decided not to participate in this year’s meetings in Saudi Arabia, and stand in solidarity with women’s rights activists in the country and around the world who are linking arms in the name of equality and justice for all," said Thompson about her group’s decision not to attend.

Now we must contact the rest of the W20 women planning to participate in the Saudi gathering and urge them to show solidarity with their Saudi sisters by dropping out of the summit.

Together, we will show the Saudi rulers that they can no longer get away with murder, torture, and the jailing of human rights activists.

Towards a more just world,