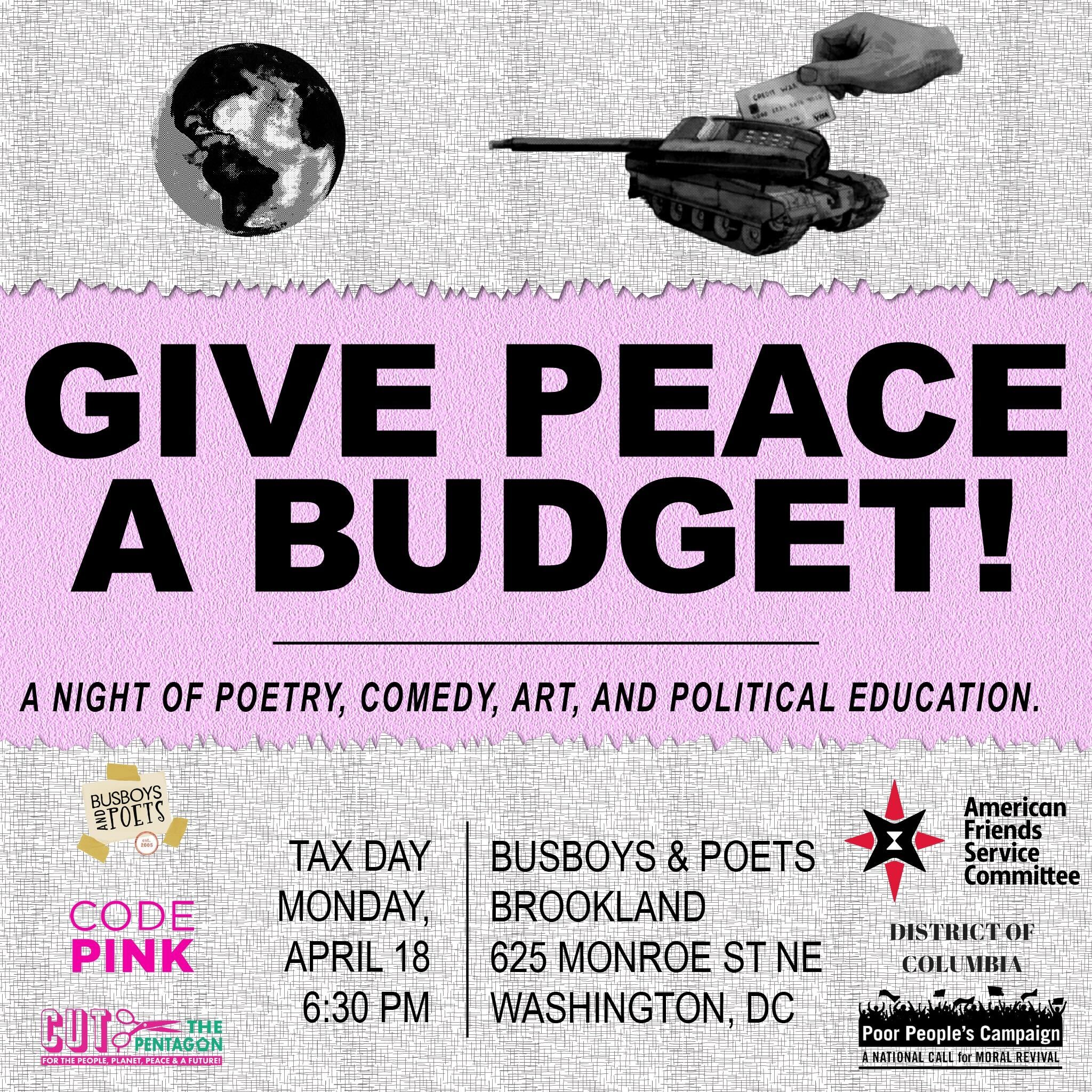 Join CODEPINK, American Friends Service Committee, War Industries Resistance Network, Poor People's Campaign, poets, comedians, and other artists on Tax Day and Global Day Against Military Spending for a night of political education about the bloated Pentagon budget, and our work to re-invest war spending in people, the planet, and peace, instead.

The President requested $813 billion dollars for the military and nuclear weapons next year, right after Congress passed the most bloated military budget ever. We need to join together to tell Congress: It’s time to cut Pentagon spending and give peace a budget instead!

The devastation of this war machine affects all of us. Military spending funds wars, supports occupations, and destroys ecosystems. In the United States, it comes in the form of militarized police departments, surveillance of Indigenous water protectors, recruitment of our children into a culture of war and violence, and the pain and suicides of soldiers.

When we’ve joined together in the past, we’ve won big things like civil rights and minimum wages. Now, we’re gathering as a community in D.C. to build a movement, through artistic expression, towards a federal budget that gives peace, not war, a budget.

Free entry with suggested donations of $5-$10 for Poor People's Assembly in June!