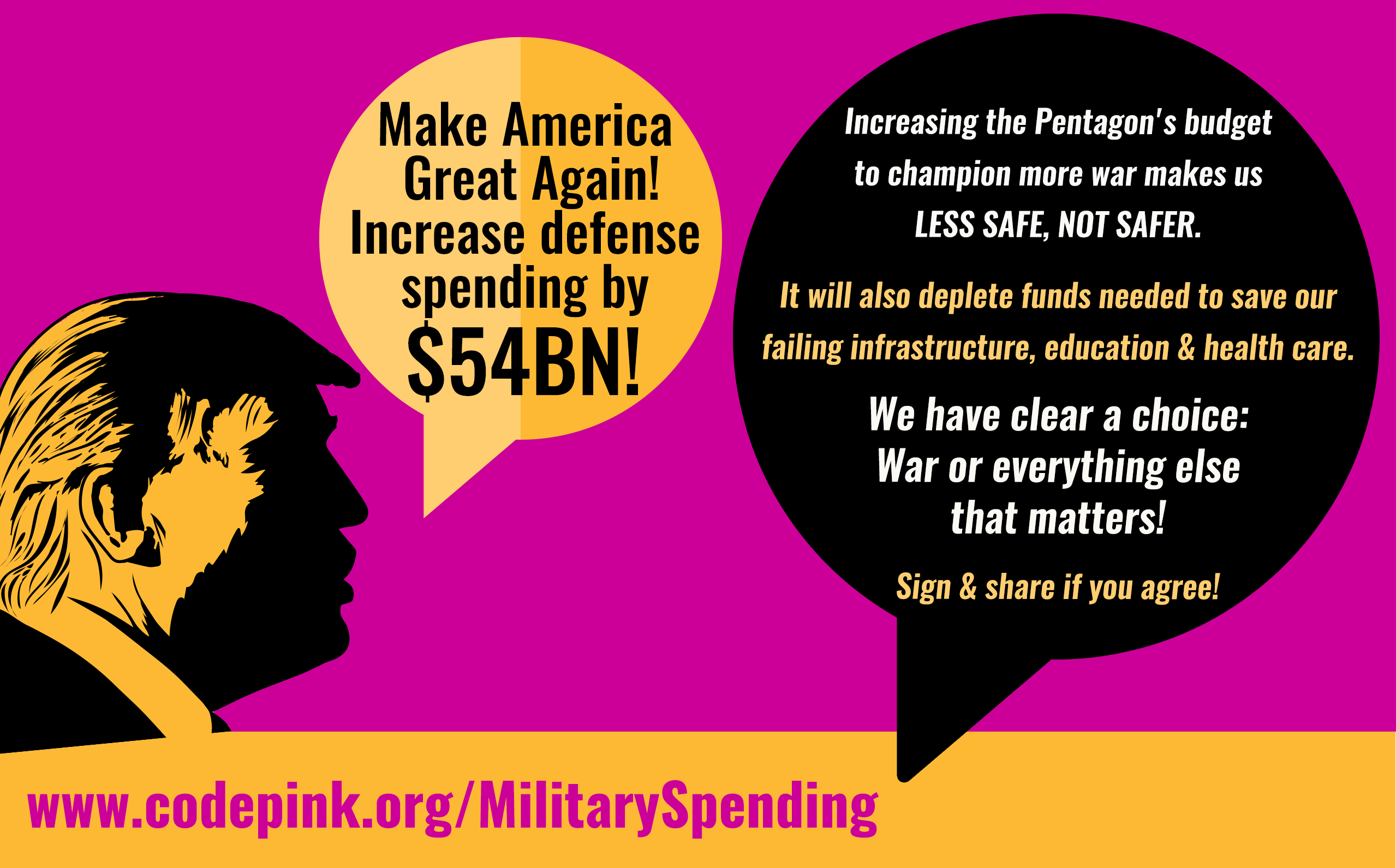 Can you believe that Donald Trump, the guy who talks about cutting government and saving taxpayer money, now wants to add another $54 billion to the already inflated Pentagon budget? Now that’s SAD.

Over half of federal discretionary spending already goes to the military. Trump’s proposed increase will make it over 60 percent!

Donald Trump himself admits that the enormous military spending of the past 16 years has been disastrous and made us less safe, not safer. What he doesn’t say is that it has also been immoral, directly causing hundreds of thousands of needless deaths throughout the Middle East and among our soldiers.

Small fractions of the proposed military budget could provide free, top-quality education from pre-school through college, end hunger and starvation on earth, convert the U.S. to clean energy, provide clean drinking water everywhere it's needed on the planet, build fast trains between all major U.S. cities, and double U.S. humanitarian assistance to poor countries. Being known for feeding the hungry and cleaning up the planet would make us beloved the world over, not feared or hated.

Tell the leaders in Congress that we demand a shift in priorities and in money. Move our tax dollars out of the military and into human and environmental spending.

PS: Take advantage of one of our opportunities to travel with CODEPINK! We have room left on our upcoming trips Cuba, Iran, Iraq Kurdistan and one to two spots left on our delegation to Palestine.