Activists Tell Kushner Palestine is Not for Sale 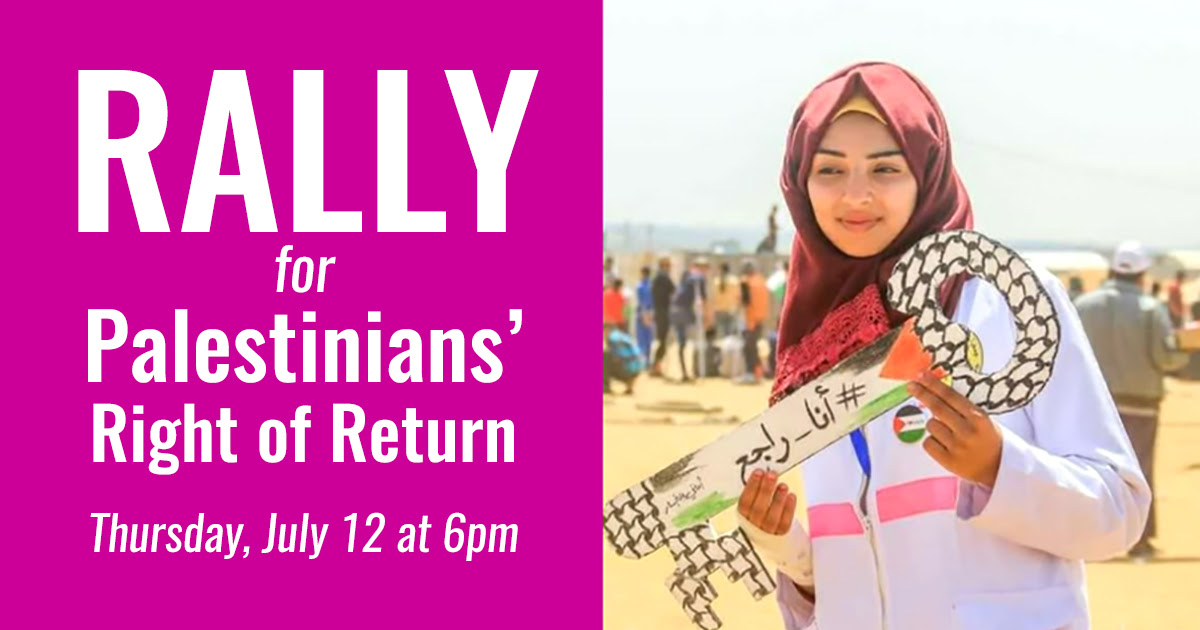 WHAT: Rally for Palestinians’ Right of Return

WHERE: Jared Kushner’s House | 2449 Tracy Place NW, Washington DC (Activists will meet at the corner of Massachusetts Ave and Belmont Rd near the Islamic Center of Washington at 6pm, then will walk to Kushner’s).

Activists will rally in front of real estate mogul/senior advisor Jared Kushner’s home in Washington, DC to declare that Palestine is not for sale. His proposed peace plan will not achieve peace if it gives away Palestinians’ right to Jerusalem and does not include the essential right of return or an end to the siege.

This rally is also in response to a call by the Gaza Great Return March for activists around the world to take action in solidarity with Palestinians’ right of return. Since the start of the Great Return March, over 135 unarmed protesters have been killed and more than 14,000 wounded by the Israeli military, including children, medical staff, journalists, and the disabled.

The group is assembling at Jared Kushner’s home in anticipation of the release of his peace plan. “We want to say that any peace plan must include the right of return, an end to the siege on Gaza, and an end to the Israeli occupation. Kushner should know that Palestinians can’t be bought out with cash; Palestine is not for sale,” says Nora Burgan, a Palestinian American organizer with the Ad Hoc Committee on Palestine.

Visuals will include a street theater performance of Jared Kushner auctioning Palestinian land, as well as banners stating that Palestine is not for sale. The rally will also include large images of Palestinians who were killed in Gaza by the Israeli military.