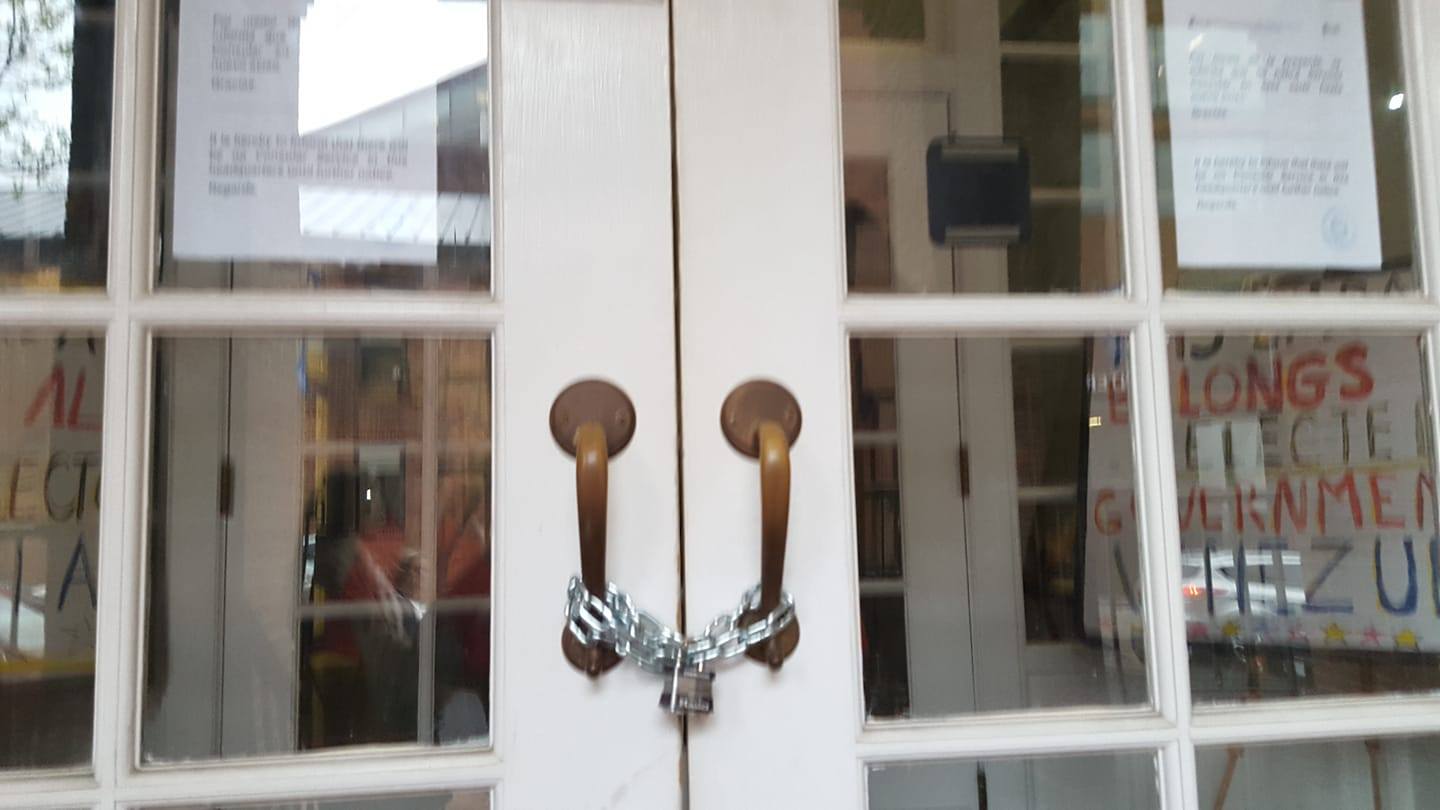 Washington, DC - Activists opposed to the Venezuelan opposition takeover of diplomatic buildings belonging to the elected Venezuelan government have been staging a 24/7 vigil to protect the Venezuelan Embassy that lies in the heart of Georgetown in Washington DC.

Calling themselves the Embassy Civilian Protection Collective, the activists are working in the embassy during the day, holding educational events in the evening, and sleeping on couches at night. The evening events include seminars on Julian Assange, Haiti, US foreign policy in Africa, peace talks with Korea, the war in Yemen, and the political situation in Venezuela.

Nowhere else in the world, even in countries that have recognized opposition leader Juan Guaido, have governments allowed the opposition to take over Venezuela’s diplomatic buildings. The Trump Administration is not only allowing this illegal seizure of diplomatic premises, but is facilitating it. According to Article 22 of the 1961 Vienna Conventions on Diplomatic Relations, diplomatic premises are “inviolable” and agents of the receiving State may not enter them, except with the consent of the head of the mission. Moreover, the receiving State must protect the premises against any intrusion, disturbance of the peace or impairment of its dignity.

“Like it or not, the Maduro government is actually the government in power in Venezuela and is recognized by the United Nations. This Trump-orchestrated plan of creating a parallel government and then simply taking over diplomatic premises is totally absurd, unprecedented and illegal,” said CODEPINK co-founder Medea Benjamin, who has been camped out at the embassy. “It doesn't matter whether you support President Maduro or not, this is about supporting international law and opposing a coup. That’s why we are determined to protect the embassy from a hostile takeover.”

"The Embassy Civilian Protection Collective is peacefully defending the embassy with the permission of the Venezuelan government, which owns the building. If the opposition members, police or secret service enter the building, they will be trespassing," added Margaret Flowers, co-director of Popular Resistance. "We feel a responsibility to hold our government to a standard of respecting the rule of law. If the US can attempt to install an unelected and illegal government in Venezuela, what's to stop it from doing that to other countries?"

Members of the collective are available for interviews.