A phone app to stalk women? 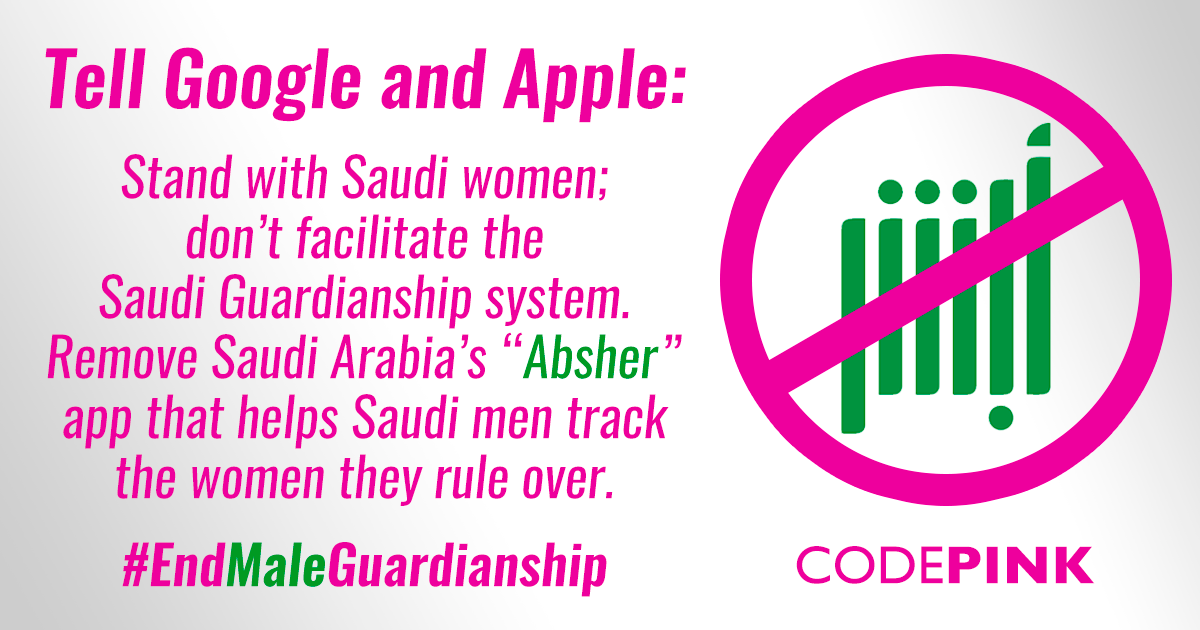 Most of the world agrees: stalking women is a crime. But in Saudi Arabia, male guardianship is not only legal but also part of the system. As part of the kingdom’s efforts at “modernization”, the Saudi government has created a new phone app called Absher to help Saudi men track the whereabouts of the women under their control.

It’s grotesque enough that Saudi Arabia has created this app, but why are Google and Apple providing it for download in their app stores? Both companies have “inappropriate content” policies in place for the apps they provide,  banning bullying and harassment from their platforms. If the Saudi male guardianship system isn’t inappropriate, then I don’t know what is!

Send a message now to Google and Apple telling them to immediately remove the Saudi Absher tracking app.

Under the Saudi’s guardianship system, all women must be assigned a male guardian — a father, husband, uncle, brother, or even son — whose approval is needed for marriage, divorce, to obtain a passport, or to travel. The Absher app streamlines this approval process and ensures that male guardians can track the whereabouts of their female charges in real time. If a woman tries to escape, as 18-year-old Rahaf al-Qunun recently did, the app can help her male guardian find and stop her.

Google and Apple should not be helping Saudi repression of women. Tell them to immediately remove the Absher app from their stores.

Human Rights Watch has called on the tech giants to remove the app and Senator Ron Wyden has penned a letter to Apple and Google asking them to remove it. Tim Cook says Apple will investigate, but as of now, the app is still available for Saudi men to download. Take action now to tell Google and Apple the Absher app is sexist, revolting, and must be deleted immediately.