A moment to celebrate 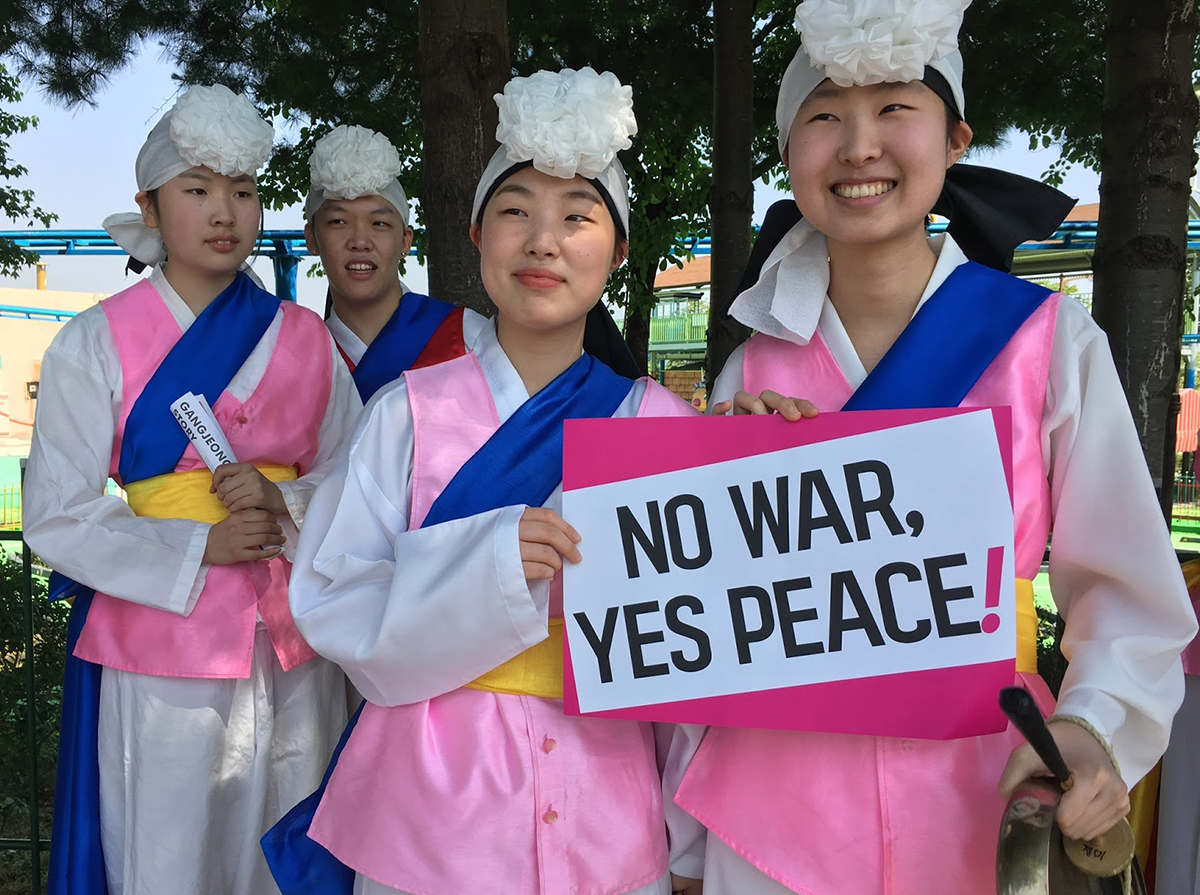 Our friend Christine Ahn said it perfectly this morning: “peace is in the air.” We couldn’t agree more. Not only did the Singapore meeting of Donald Trump and Kim Jong-un result in a pledge of “no more war,” but President Trump even called out U.S. - South Korea war games as provocative and counterproductive.

In advance of the summit, the Trump administration said that an agreement with North Korea will be in the form of a treaty. This means that it will be up to the Senate to ratify. Can you take a moment to contact your Senators and tell them to support a U.S. - North Korea peace treaty? Let’s take this opportunity to finally end a 70-year long conflict!

The fatal flaw of the Iran deal was that it was not a treaty and therefore didn’t require ratification from the Senate, so it was very easy for Trump to withdraw from the agreement. As we move forward with our opportunity for peace with North Korea, we are hopeful that this time diplomacy will hold firm. This is not about Trump or party politics. This is about the hopes and dreams of 75 million people on the Korean peninsula, as well as the best interests of the American people.

Having begun his presidency with threats of using the nuclear button, the success of Trump’s meeting with Kim is all the more extraordinary. Now it is up to the Senate to do their part by supporting a treaty. Send a message now to your Senators that you want them to support a strong and lasting peace with North Korea. Ask them to look favorably upon the treaty.

History is being made, and we are proud to be part of this moment.