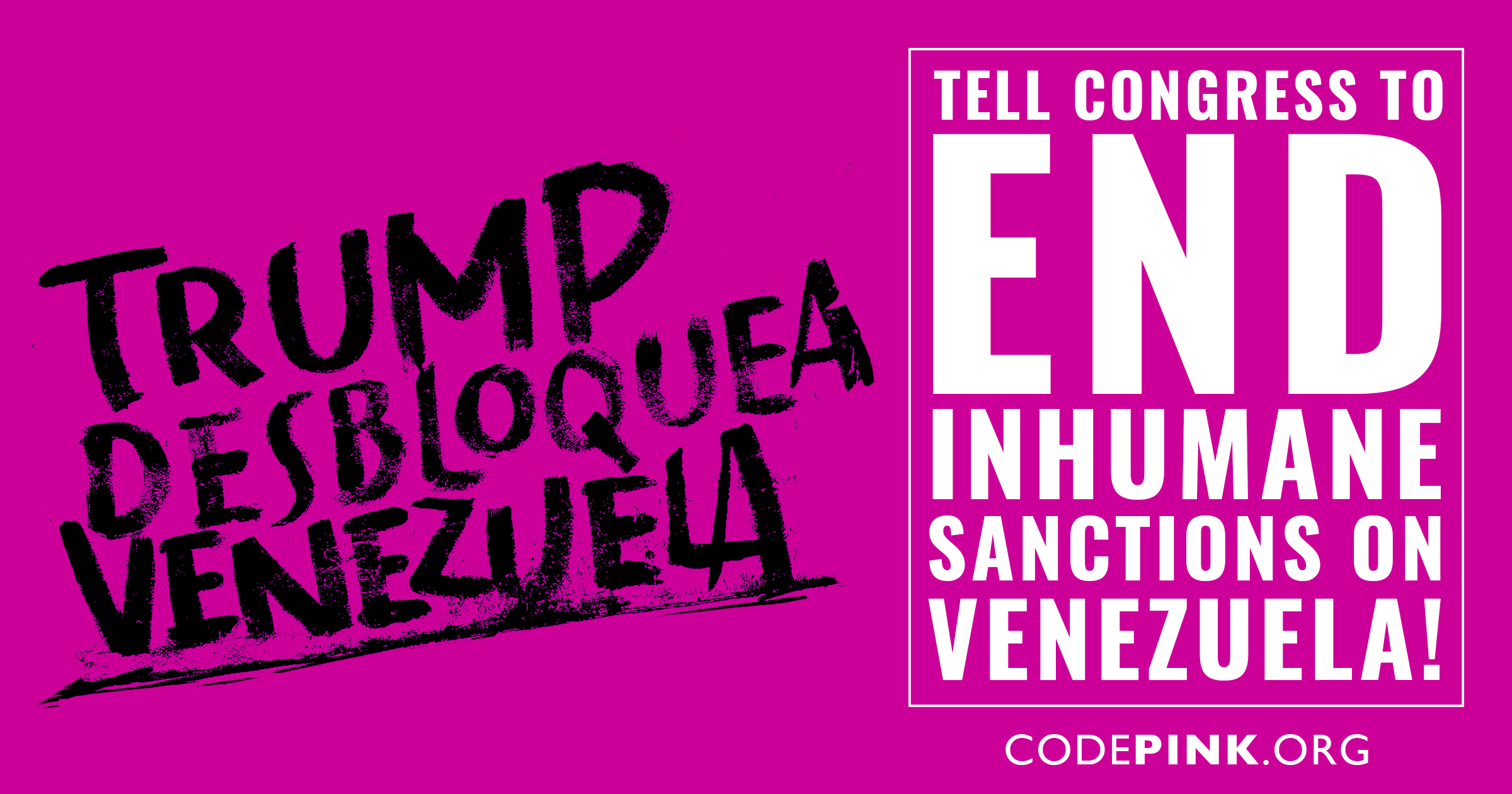 As the Trump administration intensifies its sanctions against Venezuela, the rest of the world is starting to come together, understanding that now is not the time to engage in economic war that could make the pandemic last longer.

While the UN, national governments, social movements, experts and even some mainstream media outlets have asked for sanctions relief, most of our elected leaders are shamefully behind the curve.

We must insist that Congress introduce legislation to lift the Trump administration’s cruel and inhumane sanctions against Venezuela!

The sanctions continue to get worse during the pandemic: Trump recently imposed a ban on selling additives to Venezuela that are necessary for making gasoline, leading to fuel shortages that are impeding food distribution. The sanctions not only attack food distribution and supply, but also the health care sector. According to former UN special rapporteur Alfred de Zayas, the devastation to Venezuela’s health infrastructure has led to 100,000 deaths as a result of the sanctions.

We understand that there’s bipartisan support for sanctions and regime change in Venezuela, but the pandemic has provided an opening for change. Recently a group of senators wrote to the Trump administration asking him to lift the sanctions during this crisis. Yet this letter, which admits that sanctions harm, is not enough; sanctions are a form of collective punishment and killed even before the COVID-19 pandemic.

Let us build on that demand by telling Congress to end the sanctions permanently, not just during this pandemic.

The Venezuelan people have repeatedly asked the United States to lift the sanctions because they are the ones who are directly impacted by them. In justifying its sanctions as part of its regime change strategy, the US government ignores the victims of its policies. CODEPINK is working hard to get the message out the sanctions are killing innocent Venezuelans.