4 Ways to Show Solidarity with Yemen 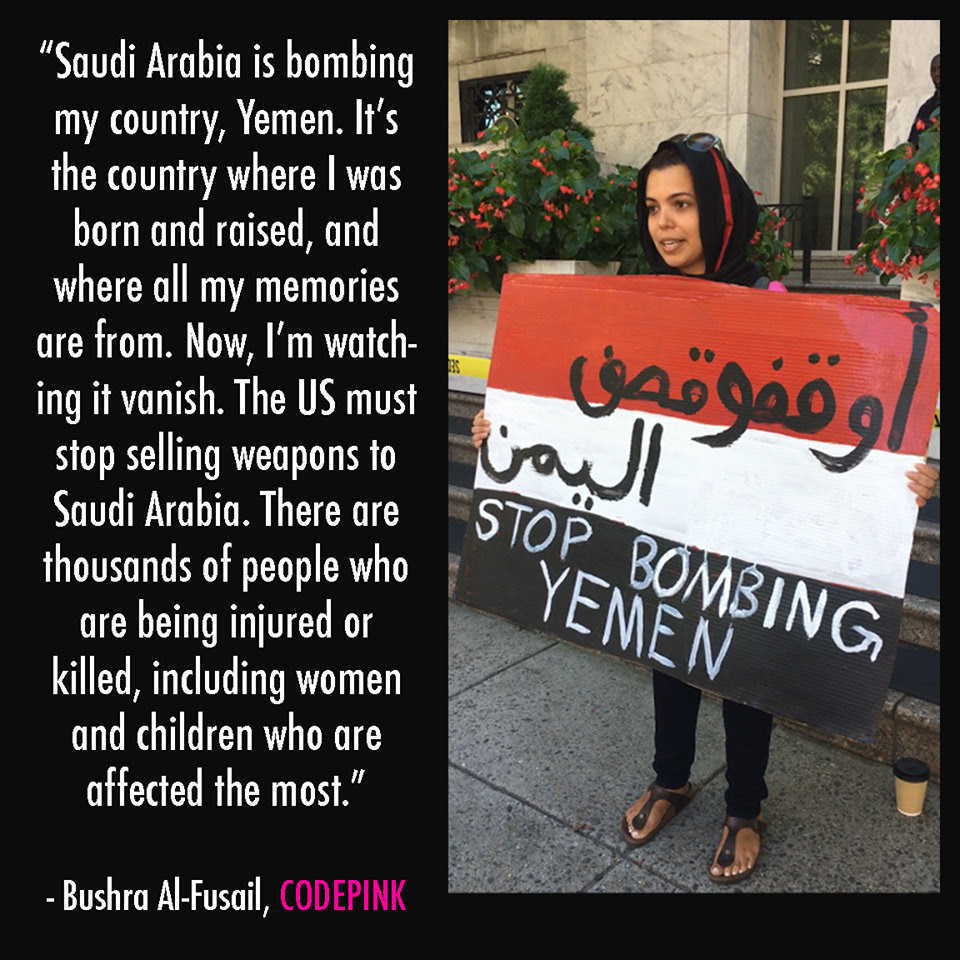 Saudi Arabia is bombing my country, Yemen. It’s the country where I was born and raised, where all my memories are from. Now, I’m watching it vanish. The US must stop selling weapons to Saudi Arabia. There are thousands of people who are being injured or killed, including women and children who are being affected the most.

Now, the US is planning to sell Saudi Arabia another massive batch of $1.15 billion worth of weapons. Although the State Department has approved this sale, Congress will have 30 days to block it after they’re back from summer break next week.

Here are 4 things you can do right now to help stop the weapons deal and to show solidarity with the people of Yemen!

As Senator Chris Murphy said, if you talk to Yemeni Americans, they will tell you this isn’t a Saudi bombing campaign, it’s a US bombing campaign. The Saudi government wouldn’t be able to carry out these atrocities without US support. Please take action today.