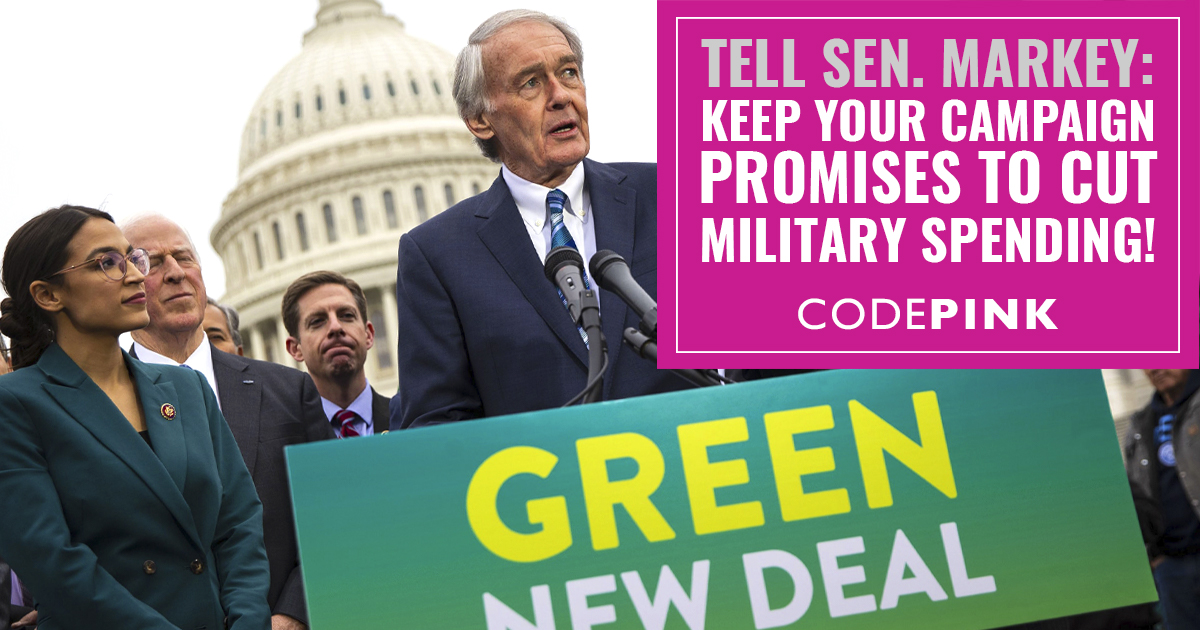 Many of those who worked to get incumbent Ed Markey re-elected during last year's heated Senate race, especially youth voters, are angry that Markey is already going back on his promises to cut military spending and end his support for endless U.S. wars. Senator Markey failed to live up to his campaign promise to cut Pentagon spending and invest our tax dollars into peaceful green alternatives that actually serve the needs of Massachusettsans!

RSVP for more actions to take, and to add your name to this petition! See the full letter here.

Meet CODEPINK and coalition on the Corner of Cambridge St. and Sudbury St. @2PM! Then we will head to the JFK Federal Building!