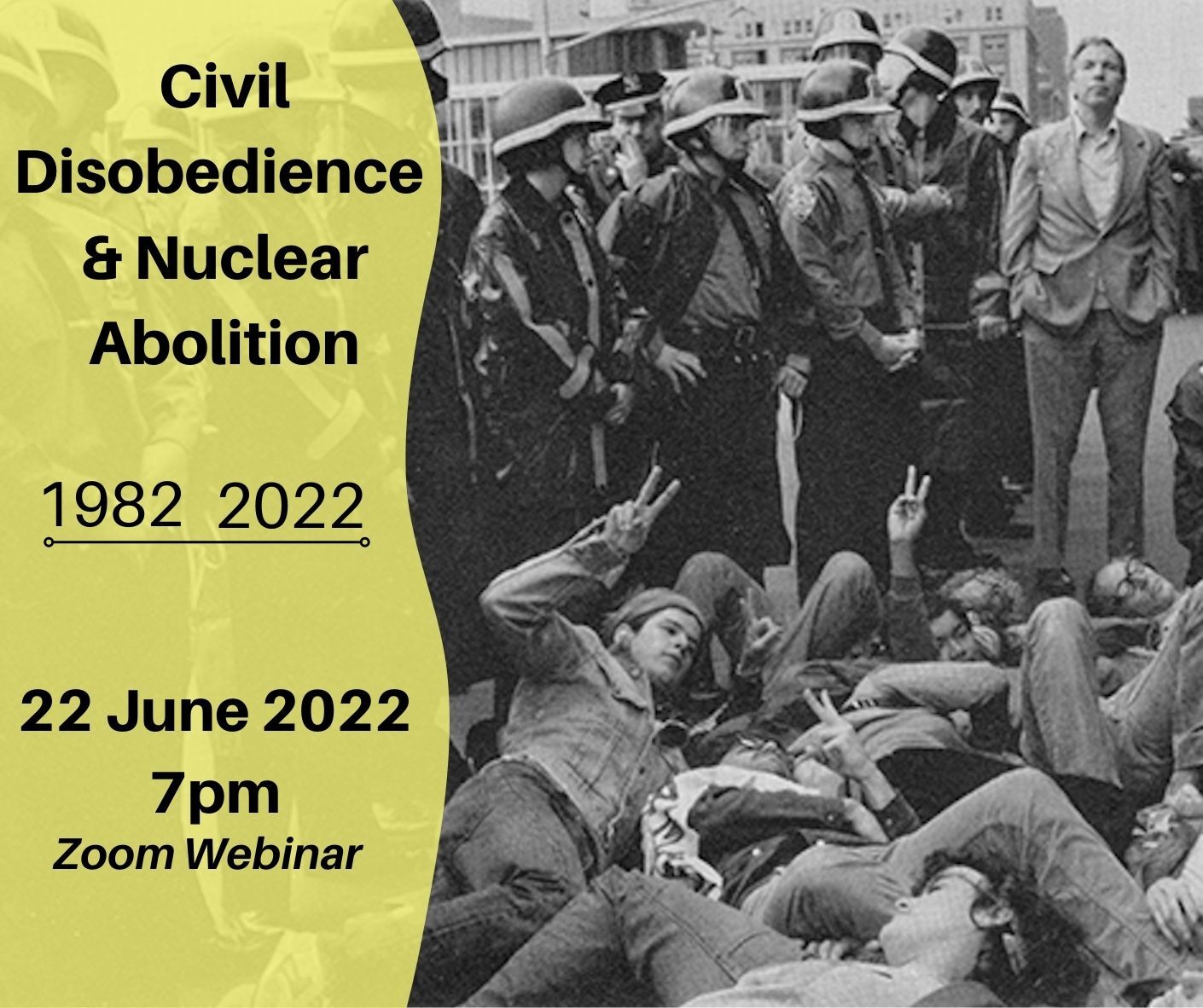 Saying No to Nuclear War through Nonviolent Direct Action

Did you know? “Blockade the Bombmakers!” was the call that inspired more than 3,500 people – 1,700 of whom were arrested -- from 34 states and 10 countries to come to New York City on June 14, 1982, in order to nonviolently shut down the UN missions of the world’s seven nuclear-armed countries.

Did you know? Closely following on the million-person June 12 antinuclear rally in Central Park, these determined activists took their demands directly to the nations threatening the world with their nuclear weapons. Of the 1,700 arrests more than 1,000 were at the U.S. Mission alone with the balance scattered among the missions of the Soviet Union, France, Britain, China, Israel
and South Africa. Only South Africa subsequently heeded the disarmament call by dismantling their nuclear weapons.

Today, 40 years later, we are inspired by that historic mass direct action to continue our demand for unilateral nuclear disarmament! This one-hour webinar will feature War Resisters League organizers of that momentous 1982 action telling a few stories of those arrested that day. We’ll hear about the Nuclear Nonproliferation Treaty Conference, bringing delegates from around the world to the UN this August, and about our protest plans. A NYC Extinction Rebellion activist
will introduce their nonviolent direct action trainings to save our planet.

Did you know? In 1982, the “Doomsday Clock” stood at four minutes to midnight. Today it stands at 100 seconds to midnight. The dire situation among Russia, Ukraine, and NATO countries, with nuclear saber rattling, prompts us -- a coalition of peace, antinuclear, and environmental groups -- to come together to take action at this historic time.

RSVP to receive your Zoom link!