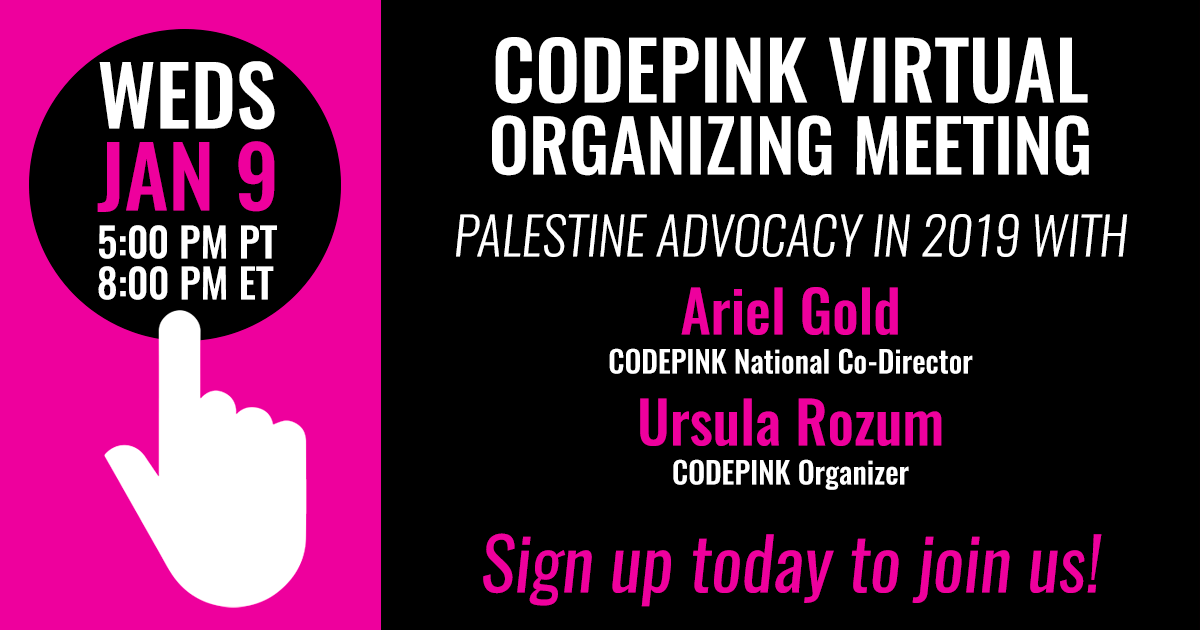 While the situation in Palestine continues to be dire, with Israeli violence continually escalating against the people of Gaza and throughout Palestine, a more progressive U.S. Congress, including the first Palestinian-American member of Congress, show new possibilities for advocating for a change in U.S. policy. Join this virtual organizing meeting on January 9th with CODEPINK campaigners to discuss ways that we can take local action to advocate for U.S. policy that respects Palestinian rights.

The virtual organizing call will go over political developments — such as the most recent Senate attacks on our right to boycott — and actions that can be taken by local activists in each of our Congressional districts. Currently, we are urging members of Congress to stand up for Palestinian rights by skipping trips to Israel with AIPAC, opposing attacks on the freedom to boycott and by supporting the McCollum Bill to end the detention of Palestinian children by Israel. We are also gearing up to escalate the pressure on Congress, banks, and institutions to divest from Elbit Systems, Israel's largest weapons manufacturer.

Please RSVP below to receive details for how to join the meeting via email. Thank you!