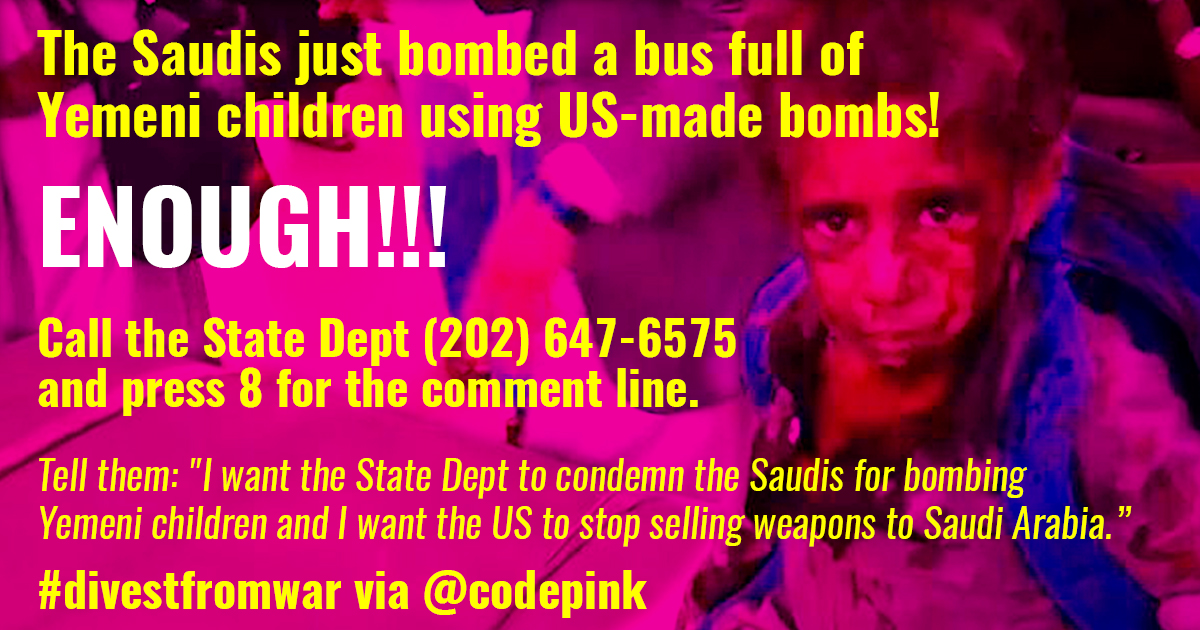 Today the Saudis bombed a school bus in Yemen! Dozens of young children have been killed, and many more wounded. The local health department chief in Saada province said 43 were killed and at least 61 injured. Most are children under the age of 10. The bombs that killed these children were made in the USA. For people living in the United States, the blood is on our hands!

Since the Saudis intervened militarily in an internal Yemeni conflict in 2015, they have been committing war crimes by repeatedly bombing civilians, including marketplaces, hospitals, schools and homes. According to Yemen Data Project, an independent group collecting data about the Yemen conflict, the Saudi-UAE coalition carried out 258 airstrikes on Yemen in June alone — nearly one-third of which hit residential areas.

Meanwhile, US weapons companies, particularly Lockheed Martin and Raytheon, make billions of dollars from this carnage. If you want to stop this global proliferation of weapons, join our #Divestfromwar team by contacting [email protected].

Let the US government know how disgusted you are. Call the State Department right now at 202-647-6575 and press 8. Let them know that you want them to condemn the Saudis for bombing Yemeni children and you insist that the US stop selling weapons to Saudi Arabia.