Beyond the War: Reflections on Yemeni Architecture 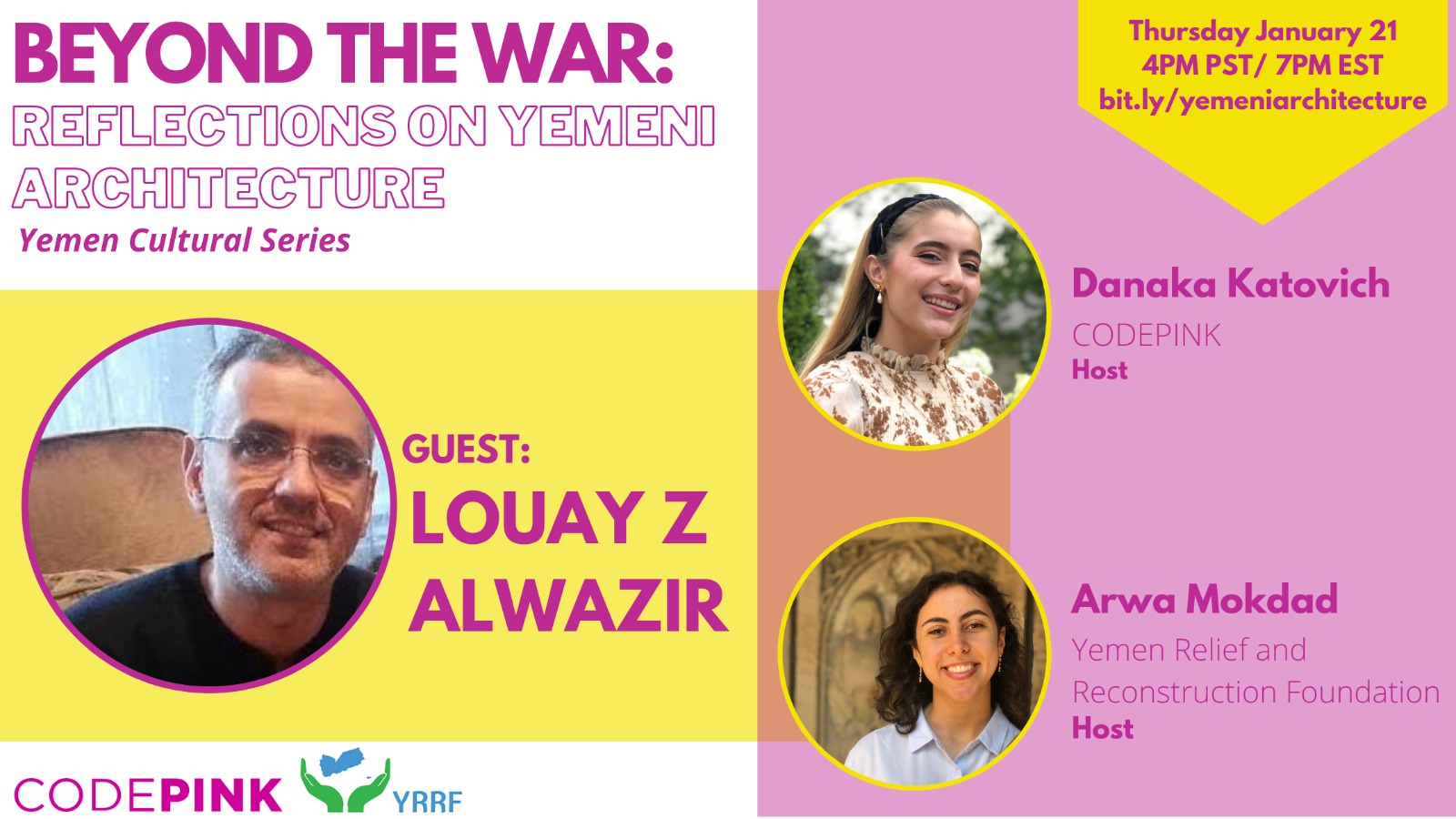 Join CODEPINK and Yemen Relief and Reconstruction Foundation for a conversation with Louay Z Alwazir about Yemeni architecture.  The “Beyond the War” Yemen cultural series will attempt to showcase Yemen outside the realm of tragedy with an emphasis on Yemeni history, celebrations, and excellence! We will be reading questions from the audience to Louay throughout the webinar. CODEPINK’s Danaka Katovich and Yemen Relief and Reconstruction Foundation’s Arwa Mokdad will be hosting this webinar.

Louay Z Alwazir is a Yemeni-American architect who is passionate about culture and heritage. He has traveled, worked and lived extensively in the U.S., Middle East and Europe eventually living in Sana’a for several years. His time in Yemen developed his in-depth knowledge of Yemeni culture, heritage and architecture. In 2015, he was forced to leave Yemen due to the war. This has fueled his efforts to raise awareness about the war’s destructive effects on Yemeni heritage, and more importantly the human costs of war. He holds a Bachelor’s degree in Architecture from the Rhode Island School of Design and a Master’s degree in Architecture from Columbia University.

To listen to this conversation you can watch live on YouTube or join us live on Zoom.