Why Were the Saudi Streets So Quiet? 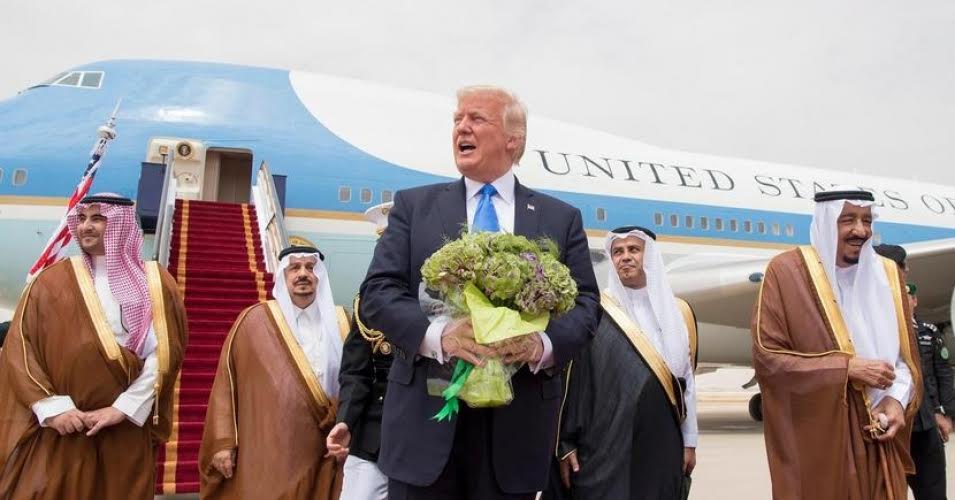 With the world’s media focused on President Trump’s visit to Saudi Arabia, it’s curious that the streets of Riyadh were so empty. Unlike most of Trump’s public appearances, there was not a protester in sight.

While Mexicans pour out on the streets to protest Trump’s anti-immigrant policies, bashing Trump piñatas and burning U.S. flags, there was nary a Saudi protester chanting “Trump: Go home.” In this very religious country, no one seemed interested in demonstrating opposition to Trump’s derogatory comments about Islam nor his attempts to impose a Muslim ban back home.

Saudi women could have used the occasion to push for their rights. They could have put out a national call saying that as soon as Trump began to speak, women should walk out of their homes with their heads uncovered and dressed as they pleased, just like Melania and Ivanka Trump. They could have raised their arms in the air, waving the petition thousands of them signed calling for an end to the guardianship system that gives men control over their lives. They could have taken to the road behind the wheels of their family cars, openly defying the retrograde Saudi ban on women driving. But alas, there was not a Saudi woman in sight.

Where was the Shia minority who make up 10 percent of the population and suffer ongoing repression? Why didn’t they come out to call for the freedom of political prisoners, like the three young men on death row who were arrested as juveniles for protesting? The Saudi military is presently occupying the Shia town of Awamiyah, shooting at civilians and terrifying the townspeople. Yet there was not even graffiti on the streets of Riyadh saying “Military Out of Awamiyah.”

Instead of hiding behind their computers, Saudi youth could have flooded the streets demanding the right to free speech and free association. They could have marched together demanding an end to gender segregation in the schools. They could have made hundreds of copies of the face of Raif Badawi, a young man sentenced to 1,000 lashes and 10 years in prison for blogging, and held them for the visiting delegates to see.

Foreign workers from countries like Bangladesh and the Philippines could have picketed outside the hotels where the foreign dignitaries were staying, demanding they not be treated as indentured servants under a sponsorship system that doesn’t even allow them to go back home without their employer’s permission.

Christians could have organized a “preach in”, taking to the street with Bibles to assert their right to build churches and publicly worship their God. Non-believers could have used the visit to insist that atheism should not warrant the death penalty.

Poor Saudis—yes, there are plenty of them—could have taken a page from the Brazilians during the Olympics and protested the millions spent on hosting the opulent gathering. Better yet, they could have complained about their rulers investing $115 billion in weapons instead of people’s needs.

And where were all the environmentalists? Aren’t there Saudi chapters of Greenpeace or 350.org? Why didn’t they bring out that the big, plastic pipeline they use in so many international protests, demanding that the Saudis stop pushing cheap oil to keep the planet addicted to fossil fuels? Why weren’t they out in force calling for the Saudi oil company ARAMCO to invest millions—no, billions—in solar energy?

Oh yeah, silly me. I forgot. Protest is illegal in the kingdom. It’s also against the law to “distort the reputation of the kingdom” or “break allegiance with the ruler.” A 2014 anti-terrorism law treats virtually all free expression as acts of terrorism, including “calling for atheist thought,” “contacting groups or individuals opposed to the Kingdom,” and “seeking to disrupt national unity” by calling for protests. People who dare dissent are publicly flogged, tortured in prison, and sometimes publicly beheaded.

Thanks to U.S. weapons makers and arms deals signed with successive U.S. presidents, the Saudi rulers have more firepower than they could ever need to put down any form of dissent.

No wonder the streets of Riyadh were so quiet.

Medea Benjamin is cofounder of CODEPINK and author of the book Kingdom of the Unjust: Behind the US-Saudi Connection.