Why We Celebrate Bolton’s Firing 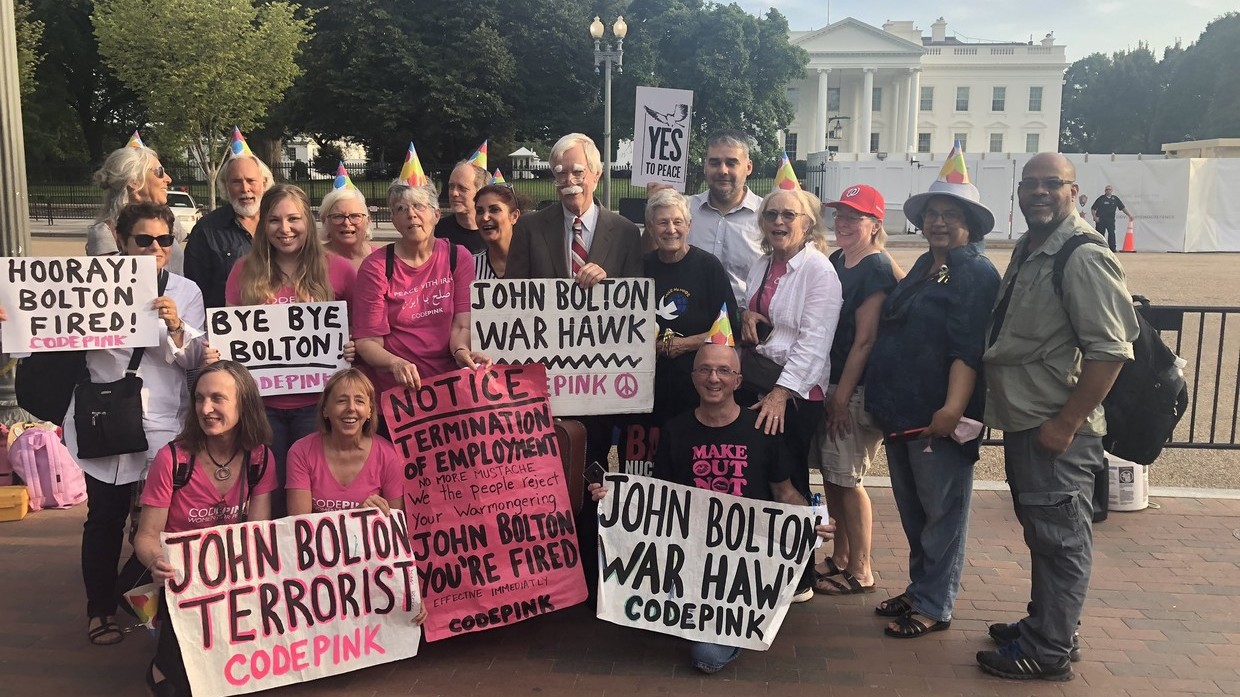 John Bolton, one of the few Trump appointees to last more than a year in the cabinet, has finally been ousted by the president from his former role as national security advisor. CNN reports that this firing, though it seems to have caught some staff members off-guard, resulted from tension that built over several months and included disagreements over policy with Iran, Venezuela, and Afghanistan.

The Afghanistan policy that served as the final straw for the president involved now-cancelled peace negotiations at Camp David. Bolton had recently been excluded from Trump’s visit to Afghanistan and had clearly been falling out of favor on the issue, but his opposition to the president’s attempt to negotiate for peace with the Taliban seemed to help President Trump understand that he would never have Bolton’s support for any peaceful part of his agenda. The problem with these proposed meetings was not, as Bolton seemed to think, the need for less cooperation with the Taliban but rather the need to incorporate everyday Afghans in the peace process. Now that Bolton has been fired, there is an opening for someone who understands the real reasons why the talks broke down and can repair the diplomatic effort, rather than cheering its downfall.

Another core issue, which began as a point of agreement between the president and the national security advisor, was policy with Iran. When Bolton was first brought onto the Cabinet, he and Trump both believed in abandoning the Joint Comprehensive Plan of Action, better known as the JCPOA or Iran Nuclear Deal. However, as time went on, Bolton became more and more hawkish, to the dismay of the president. He pushed back against Trump’s proposal to ease sanctions on Iran, called for a preemptive strike on the country, and even openly promised to institute regime change. As Trump becomes more amenable to a potential diplomatic solution to tensions between the US and Iran, it is within the realm of possibility that he could do as he should and suggest a new national security advisor who is more in-line with his diplomatic tendencies.

When President Trump began making efforts to handle tension between the US and North Korea through diplomatic channels, not only was Bolton opposed but he worked behind the president’s back to ensure that negotiations failed. In the past, he had publicly advocated for a preemptive strike on North Korea. Thankfully, the president ignored Bolton’s warmongering in this case and continued efforts to avoid war with North Korea.

Trump, at his core, is an isolationist and, while that is not always a good thing, it can help in the international pursuit of peace. If it turns out that Trump’s next nominee is someone who will continue in John Bolton’s footsteps, we must stand against that nominee as we did against Bolton until they, too, are asked to hand in their letter of resignation.

But it would not be difficult for Trump to find a replacement for John Bolton who believes in international accountability, opposes staging coups, and is on the same page as the president with Southwest Asian and Korean diplomatic efforts. Let’s hope that is the direction Trump takes.

Raegan (she/her) recently graduated from Indiana University Bloomington with a BA in Political Science and Political and Civic Engagement. She will be working with CODEPINK during her gap year between her undergraduate studies and law school. Raegan has been involved in political organizing for the past five years and focuses largely on anticolonial activism in solidarity with Southwest Asia and Latin America.