Why is There Always Money for War and Wall Street?

By Carley Towne, National Divest from the War Machine Coordinator

The spread of COVID-19 has exposed a rot at the center of American society: that we siphon 64% of our discretionary budget into the Pentagon while we allow crucial social programs to languish. It’s time to Divest from the War Machine and invest in a society that cares for everyone. 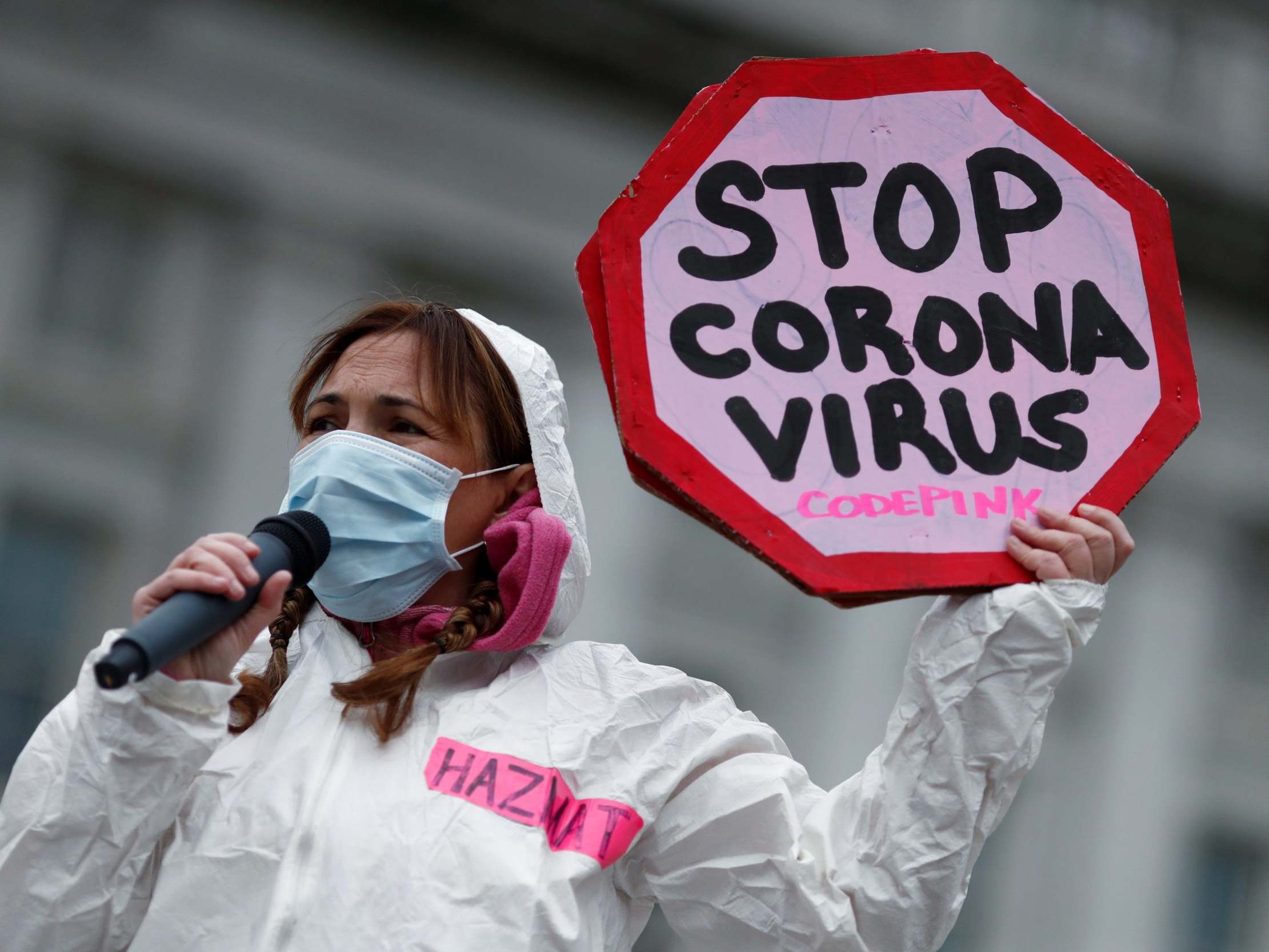 Amidst the developing global pandemic, the Trump Administration announced one of the largest corporate bailouts in American history, injecting $1.5 trillion into Wall Street with the stroke of a pen.

Many rightly balked-- if we can afford to write a check for Wall Street, why can’t we deliver much-need relief to working people around the country who don’t have guaranteed sick leave, are expected to survive on starvation wages, and, crucially, can’t afford to go to the doctor even if they are sick?

This hypocrisy speaks to one of the most fundamental and insidious dynamics in our political system: that we live in a war economy which prioritizes corporate profits above the lives of working people around the world.

The $1.5 trillion Wall Street bailout is just the most recent outrage which lays bare the horrifying reality of American society. It’s important to remember, however, that siphoning funds away from important social programs is not new. Earlier this year, Donald Trump signed a Pentagon budget through 2020 that increased the department’s annual budget by over $82 billion, raising the final budget to $716 billion, making US military spending higher than at any time other than the height of the Iraq war. Executives at the world’s largest weapons manufacturers have responded in kind, raising their annual salaries by $96 million collectively.

The American public is bombarded with the narrative that our federal government has become so paralyzed by partisan gridlock that they can’t get anything done. This argument is used to classify necessary reforms like Medicare for All and guaranteed paid sick leave as ‘pie in the sky’ because they’ll never pass such a deeply divided Congress.  However, Donald Trump did not achieve this depressing feat--adding billions to the Pentagon budget and lining the pockets of CEO’s-- on his own.The reality is that Democrats and Republicans have demonstrated time and time again that when it comes to war and Wall Street, both parties are in lock step.

The rapid spread of the COVID-19 is exposing the deep cracks in the foundation of American society which, over the past 50 years, has steadily siphoned more and more of our tax dollars into the Pentagon budget at the expense of social welfare programs. We don’t just need temporary emergency relief for working people in America hardest hit by COVID-19. In order to radically transform our society to one which prioritizes human life and flourishing, we have to stop allowing companies and people in power to profit from going to war.

We have to understand that the war economy is a vicious cycle: weapons manufacturers produce the arms and technology that make wars possible, in the process making an untold amount of profit. These same corporations use their huge profits to fund the campaigns of politicians, ensuring that they’ll vote to extend existing wars and engage in new conflicts with almost zero oversight or repercussions. Underlying this entire dynamic is the fact that large financial institutions, including the largest financial asset manager in the world, BlackRock, invest heavily in these weapons manufacturers because they know that, given our current political climate, they’re a sure bet financially.

Communities across the country are working to break this cycle and demand that we Divest from the War Machine. We’re demanding that our cities, public employee pension funds, universities, religious organizations, individual investors, retirement funds, mutual funds, and other financial institutions stop investing in companies that supply and prop up the U.S. war machine. We’re also demanding that our politicians stop taking campaign contributions from weapons manufacturers so they’re not beholden to them when they vote to authorize funding for war. You can join a campaign in your community or sign up to start one today. A movement of ordinary people is organizing around the country to divest from the war machine and invest in the kind of society that cares for one another, join us and help #DivestFromWar.