Who is 'Straight outta AIPAC'? 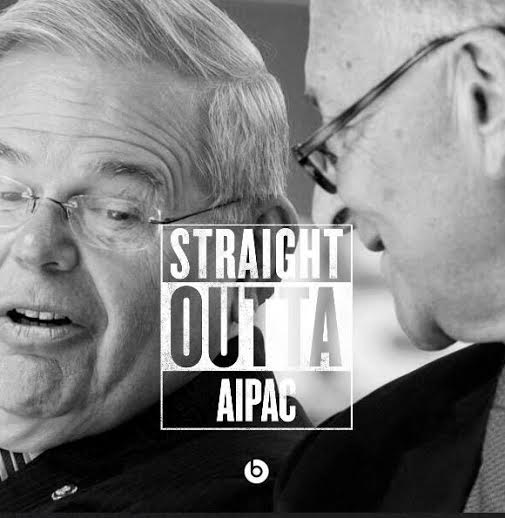 Have you seen the shameful position taken by Senators Schumer and Menendez giving into AIPAC's lobbying against the nuclear deal with Iran? We have to make sure that other Democratic Senators don’t join them (since ALL the Republican Senators plan to reject the deal!). Can you help by making a few calls?

As young people who have grown up with war all our lives, we are determined to move our government on another path. Will you help us save our future from the devastation of another war by supporting the Iran deal?

We, the youth of the CODEPINK staff, have written a statement expressing our support for the Iran deal. If you are a young person under 35, please sign it and share it with your friends, or if you’re older, pass it on to young folks you know.

The Iran nuclear deal will be top on the agenda when Congress returns from August recess on September 8. AIPAC is flying hundreds of people to DC to greet Congress with the message: VOTE DOWN THE IRAN DEAL. Will you join us to counter their message?

We’re launching a peace insurrection outside Congress from September 8 until the final vote (which must happen by September 17). We’ll kick it off with a “Hands Around the Capitol” action at noon on September 8, where we’ll join hands and surround the Capitol Building to show support for the Iran Peace Deal! Please come and invite your friends.

After “Hands Around the Capitol,” we encourage folks to stay in DC for the peace insurrection encampment, where we will lobby Congress as well as be outside to show visible support for the deal. The encampment will stay erected until September 17, when Congress is required to finish voting on the Iran deal.

Housing board request for people in DC area: We will be having folks joining from all over the country, and they need places to stay. Can you host one or more activist from out of town? Do you need housing? If so, please email [email protected] and let him know how many people you can host for how many days, if you have pets (for allergy purposes), and if your house is handicap accessible. Save the date for the vigil and RSVP on Facebook now!

Please take the time to call these undecided Senators. Your voice and their vote could mean the difference between war and peace.