What’s the CIA doing in Iran? 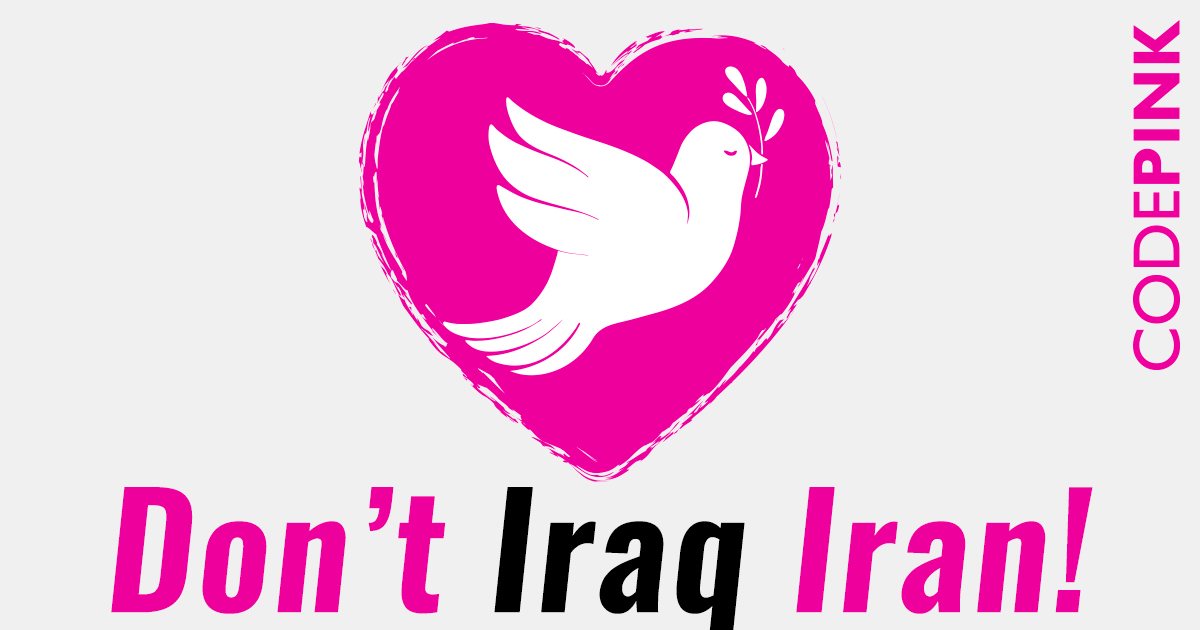 Tensions are escalating again as we continue to watch the fallout from the Trump administration’s manufactured crisis with Iran. Last week Iran seized a British oil tanker — Britain had seized an Iranian ship at the beginning of July. Now Iran says it has arrested 17 CIA-trained spies, and some have been sentenced to death. To top it off, the Trump administration announced that it is deploying 500 troops to Saudi Arabia, the arch-rival of Iran.

The Iraq war was devastating. The idea of repeating this colossal failure—on an even bigger scale, with zero justification and no plan for what would come next—is terrifying. Here are a few actions you can take: 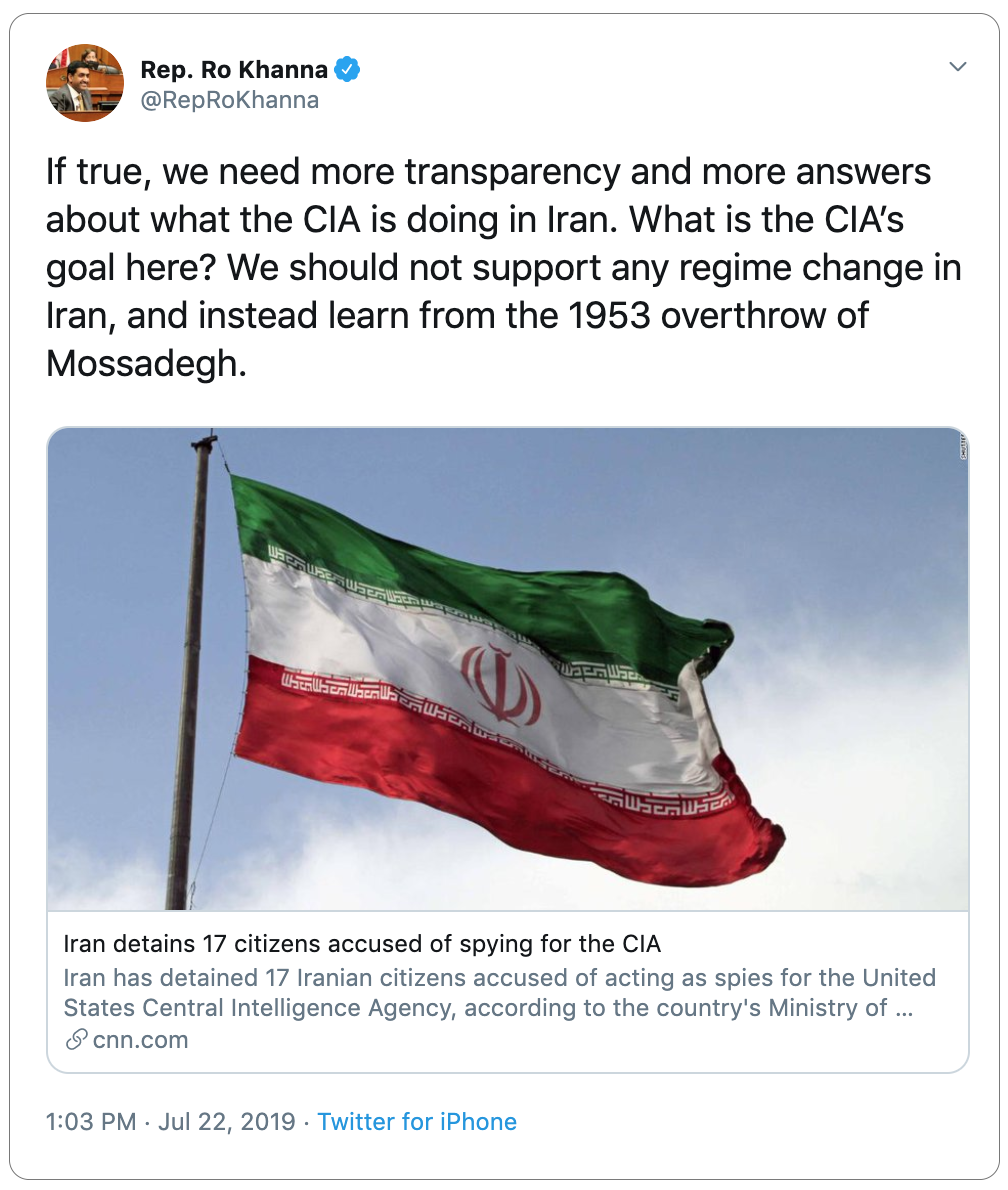 Representative Ro Khanna responded to Iran’s arrest of 17 accused CIA spies by tweeting: “If true [that they were spying], we need more transparency and more answers about what the CIA is doing in Iran. What is the CIA’s goal here? We should not support any regime change in Iran, and instead, learn from the 1953 overthrow of Mossadegh.”

Before the theocratic government of Iran today, there was the brutal Shah who came to power following the CIA overthrow of Iran’s then democratically elected, pro-Western government. Under the Shah, a contract was signed with the British Anglo-Iranian Oil Company giving Britain exclusive rights to the country’s oil for the next 60 years.

Public ire over the giveaway of Iran’s biggest resource culminated with the 1951 election of Mohammad Mossadegh, who introduced a bill — unanimously approved by Parliament — to nationalize the country’s oil. Britain responded by appealing to the US and then in 1953, the CIA orchestrated a coup, reinstating the Shah.

Mossadegh’s removal in 1953 ended up having a tragic impact on US-Iranian relations and of course the Iranian people. The Shah gained even more dictatorial powers and all secular parties and organizations that had opposed the Shah were dismantled and banned, setting the stage for the 1979 Islamic Revolution.

Since 1979, US policy towards Iran has largely been one of economic strangulation through a variety of sanctions in an attempt to foment a counter-revolution. It was only thanks to Obama getting the nuclear deal that the tide began to turn, but then came Trump, who tore the deal to pieces.

The Trump administration’s campaign of “maximum pressure” only vindicates Iranian hardliners who say “See, we told you that you should never have made a deal with the US in the first place.” Those hardliners are becoming more powerful, cracking down on dissent. So the Iranian people pay the price, both from suffering under the sanctions and the conservative backlash.

If you haven’t picked it up yet, get Medea’s book Inside the Islamic Republic of Iran to learn more and take action to stop a war with Iran by telling Pelosi to make sure the No War with Iran amendment is included in the NDAA. Remember to also ask your Senators to support Udall’s legislation, and take action on social media.