Want to defund the police? Do this too! 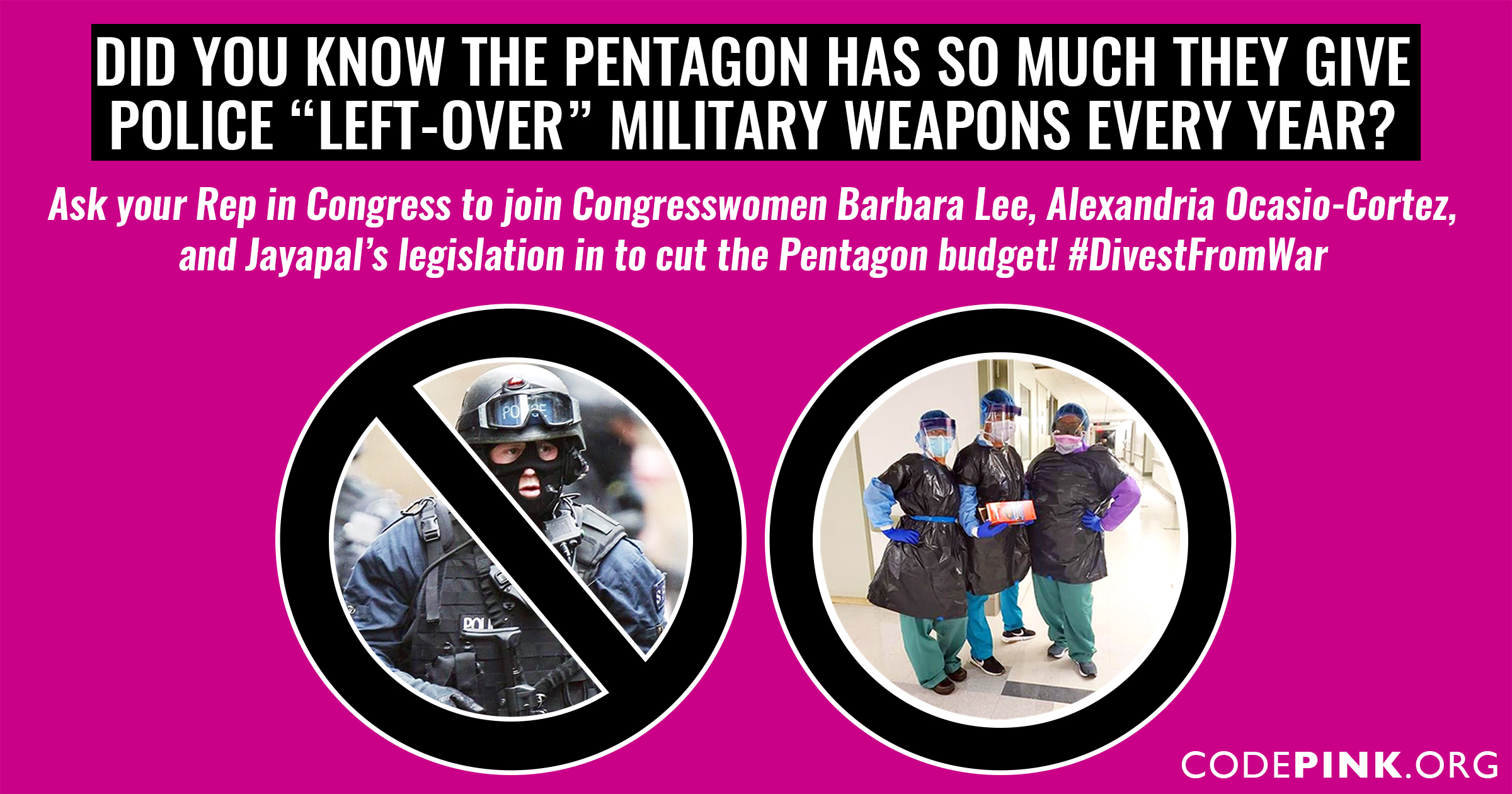 This was only possible with YOUR overwhelming support. Contact your representative NOW and tell them to join Lee, AOC, and Jayapal. Demand that they vote to cut the Pentagon budget by $350 billion and invest in life-affirming programs.

The call to cut the Pentagon budget is now more urgent than ever. As protesters across the country continued to take to the streets in righteous anger against white supremacy and police brutality, many are being met with a stark image: local police departments armed to the teeth with “left-over” military equipment furnished by the Pentagon. 75-year-old Martin Gugino suffered a brain injury after being pushed to the ground by Buffalo, NY police. 26-year-old Brandon Saenz lost his left eye after being shot with supposedly “less-lethal” ammunition—rubber bullets, pepper spray—at a protest in Dallas, TX.

Many are rightly contrasting the image of our excessively militarized police forces with healthcare professionals and essential workers in make-shift personal protective equipment while on the front lines of the COVID-19 pandemic. The United States prioritizes spends billions on war but gives only crumbs to human needs, even during a global pandemic.

It’s now or never. Join CODEPINK, Congresswomen Lee, AOC, and Jayapal in leading the call to cut Pentagon spending for the first time in decades.

The US is spending our taxpayer money on arming local police departments and maintaining never-ending wars instead of funding healthcare, jobs, education, a Green New Deal, and a new peace deal. But, now the tides are turning. Just last month our supporters joined over 60 organizations to help us secure a major victory by denying the Pentagon any new funding in future COVID-19 stimulus bills. We the people made this victory happen. We are living through extraordinary times and we’re proving every day that when people come together, we can change policy and culture to move from racism and warfare to equality and health care. Now it’s time to take the next step and cut Pentagon spending.