Virtual Organizing in the Age of Coronavirus 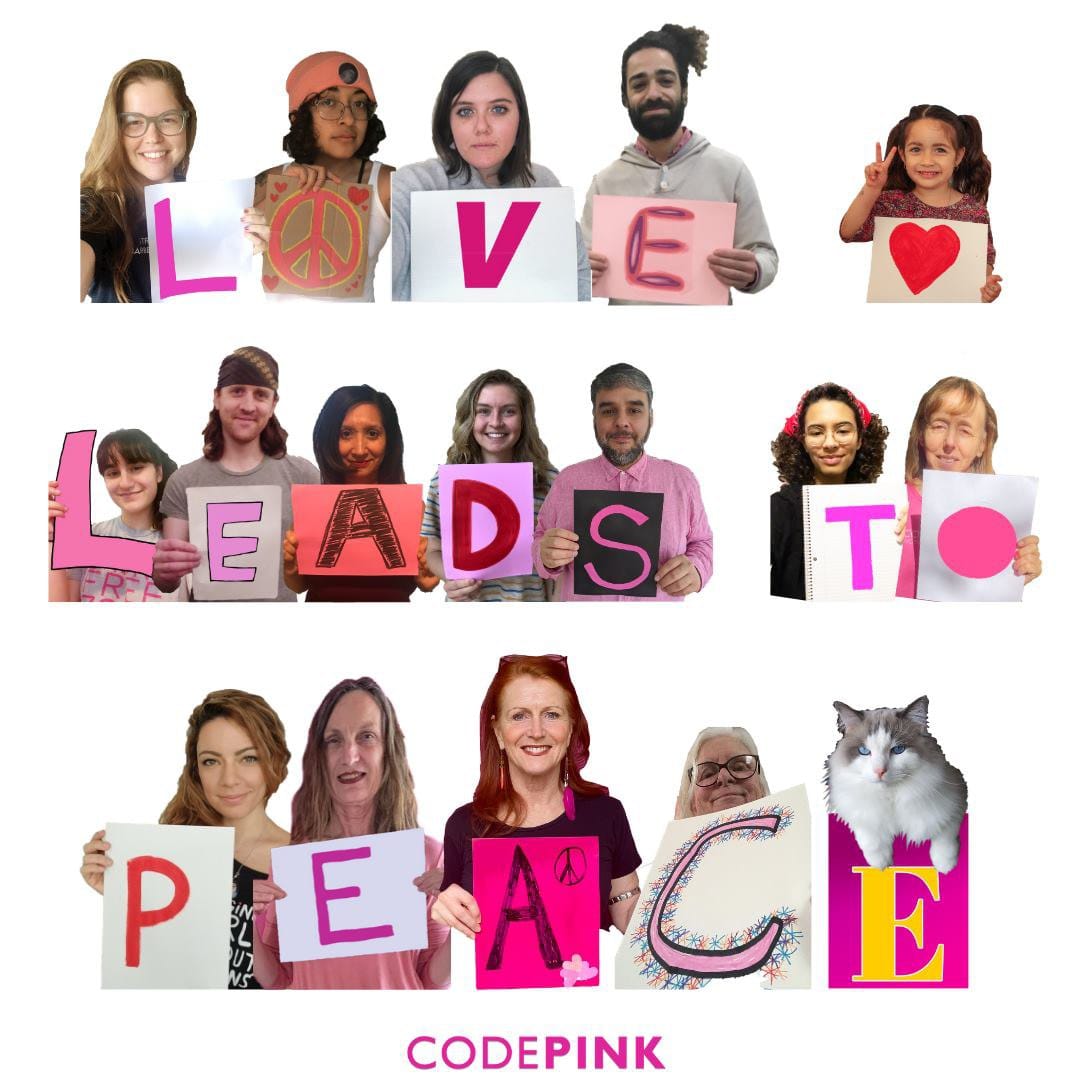 By Nancy Mancias, CODEPINK Divest from the War Machine Campaigner

For the past two years, CODEPINK has organized a protest outside of the annual BlackRock shareholders meeting in Manhattan. This year, we were challenged by COVID-19. As cities and states began enforcing the strict “shelter in-home” orders, the likelihood of having an outdoor protest was becoming increasingly unlikely. We needed to decide if organizing a protest at the 2020 BlackRock shareholders meeting was even a possibility.

In mid-April, the progressive advocacy group Indivisible held a webinar on facilitating meeting spaces. The presenter pointed out that people have an attention span of 20 minutes. This comment rings true. In Zaretta Hammond’s book “Culturally Responsive Teaching & the Brain” it states that based on your age, your brain can do “active processing for 12-20 minutes” before it cycles down. As an organizer, I took this information to heart and considered it while coming up with virtual ways to protest the BlackRock shareholder’s meeting.

Earlier in the year, ShowUp America organizer Jan Weinberg and I held occasional meetings. Later, CODEPINK NYC organizer Yousef Zakaria joined our small coordinating team. Originally, the BlackRock protest was straightforward: outreach to partners, show up to the site, and bring banners. Simple. However, that wasn’t a possibility given the global pandemic. We didn’t want to organize another boring webinar. We agreed to organize something different, a virtual general assembly, based on the general assemblies of the Occupy Wall Street movement. The presenters would speak for a little over 3 minutes, which addressed the amount of time our brains can actively process information.

The beauty of virtual organizing is that we had a wide variety of platforms and tools to choose from. Zoom was the most robust platform for our needs. We relied on social media not only to promote the general assembly but to take our protesting message from local to global.  Since we couldn’t get in the face of the BlackRock executives as we have done in the past, we annoyingly scheduled the virtual general assembly at the same time as the BlackRock annual shareholders meeting. In the virtual general assembly, activists were encouraged to jam messages over Twitter and Facebook while the shareholder’s meeting was beginning.

Virtual organizing breaks down borders, allowing people from across the globe to participate. Susi Snyder, a campaigner with the Don’t Bank on the Bomb project, joined the assembly from the Netherlands. Also, campaigners living on opposite coasts in the US easily logged into the assembly. The financial hardships that activists encounter when booking a flight or hotel to organize a protest in another city or country were gone. With virtual protests, if there was internet access, anyone in the world could join.

It was also possible to be in two places at once when organizing virtually. While scheduling presenters to speak at the general assembly, we found that with busy schedules and time zone differences some were not available. We decided to provide them the option of submitting a video instead of speaking in real-time. Also, when the general assembly was live and running on Zoom, I was able to log onto a separate computer to attend the annual BlackRock virtual shareholders meeting. Attending the meeting allowed me to give real-time updates to the virtual general assembly which in turn were shared on social media. Because BlackRock does not post shareholder meeting minutes, it was crucial to bear witness to the meeting for the activist community and campaign.

While we were able to bring people together from across the globe into a virtual general assembly to protest the annual BlackRock shareholders meeting, it does not replace the human-to-human contact that is felt on the streets. We used all the best tools to our advantage to give our participants the best virtual protest experience. Organizing a virtual protest requires an entirely different skill set than the traditional street protest organizing. Campaign organizers need to feel comfortable and confident and have a basic working knowledge of computers, social media, and videoconferencing platforms along with a willingness to learn new programs and the ability to implement and execute a virtual protest.

In the age of coronavirus, it is inspiring to see activists take to the streets to demand racial justice. With no cure in sight, virtual organizing is a good alternative for people with disabilities, people with compromised immune systems and distant activists to contribute to movements, campaigns, and protests.

Resources for Organizing & Activism During Coronavirus

How to Create Google Survey