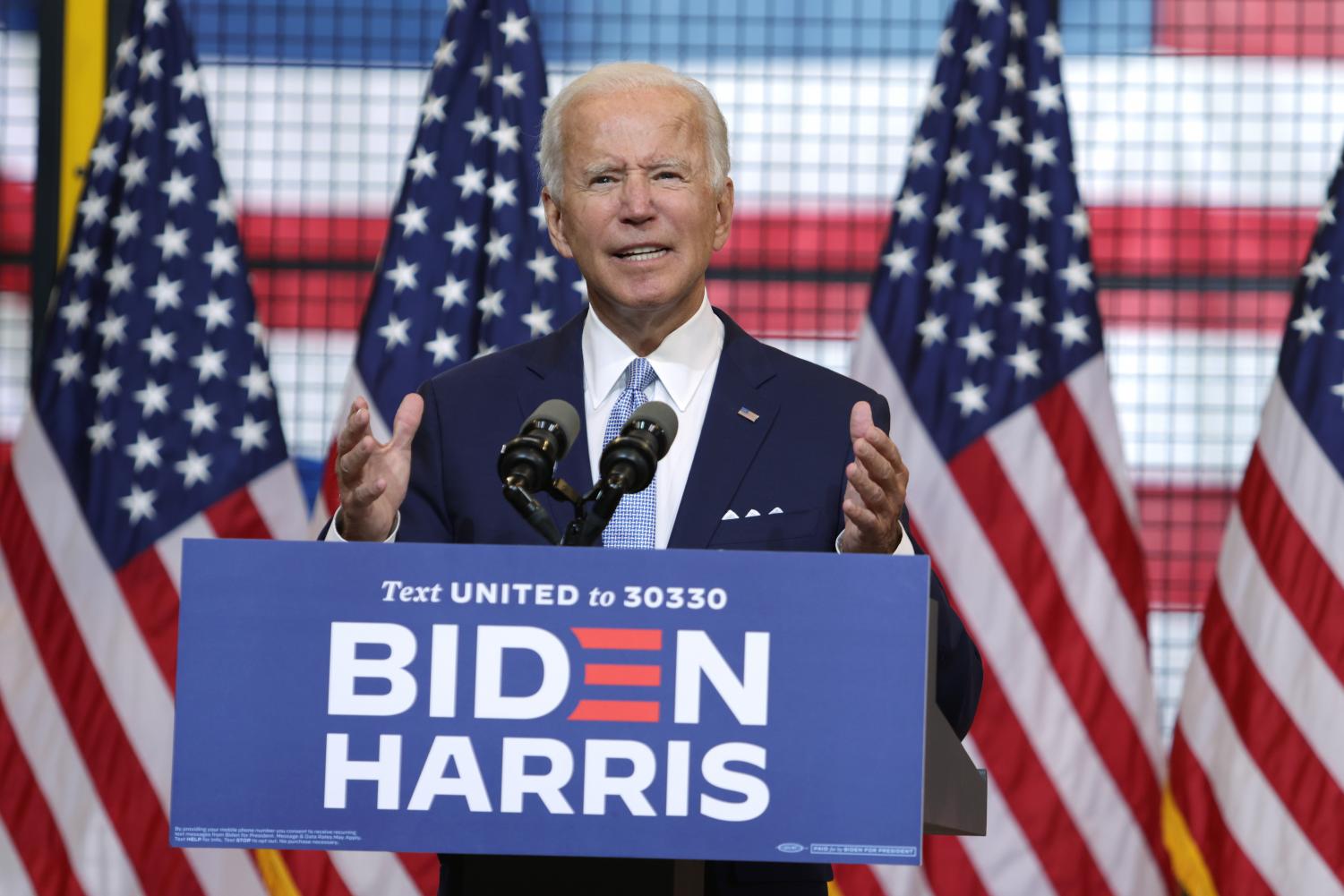 We write to you as a broad coalition of organizations representing millions of Americans who care about a principled foreign policy, one that prioritizes diplomacy and multilateralism over militarism.

As the Coronavirus pandemic reveals, our country and many others are woefully unprepared for the crisis that we now face. Without extraordinarily bold leadership, this is likely to be the beginning of a period of profound instability for the entire planet, given the intensifying climate crisis that is also now underway.

We believe that there is room to act aggressively to reform our foreign policy, with the support of the majority of the people of this country across the ideological spectrum. Just as the domestic policy debate has shifted significantly in recent years, the current global context demands that we act boldly to redefine the role of the U.S. in the world.

For decades, U.S. foreign policy has been overly focused on confrontation with perceived adversaries and the global projection of U.S. military power. Doing so has militarized our response to global challenges, distorted our national security spending priorities, toxified our political discourse, and left us woefully ill-prepared to confront the growing transnational threats to human security we face today that do not have military solutions.

Meanwhile, the U.S. currently has more than 240,000 active-duty and reserve troops in at least 172 countries and territories. The cost of the U.S. federal government’s post-9/11 wars is more than $6.4 trillion. The American people are looking for a leader who will turn the page on 9/11 policies that have resulted in an endless cycle of war, countless lives lost, increased global instability, large-scale refugee flows of the displaced, and the violation of Americans’ civil liberties and human rights.

It is time to end our endless wars and adopt a new approach to international relations, one in which the U.S. abides by international law, encourages others to do the same, and utilizes our military solely for the defense of the people of our country.

We hope that in the months ahead you will engage with the American people and groups like ours in a broad discussion on what a more just and progressive U.S. foreign policy should look like.

In the meantime, we call on you to show your support for the following key measures that we, and many advocates around the country, have been fighting for:

Repealing the 2001 AUMF and respecting congressional war powers
Absent a direct and imminent threat to the United States, the President needs to consult Congress and receive authorization for use of military force, as required by the U.S. Constitution and the War Powers Act of 1973. The 2001 Authorization for Use of Military Force (AUMF) has been expanded to apply to situations and groups never envisioned by Congress. This has resulted in the United States waging endless war in 80 countries, including lethal strikes in 7 countries and direct combat in 14 countries. We ask that you consult with, and receive required authorization from, Congress prior to engaging the U.S. military abroad and commit to supporting a repeal of the 2001 AUMF and ending all uses of U.S. military force that have not been authorized by Congress in previous Administrations, including putting an end to unconstitutional participation in the Saudi-led war on Yemen. We also urge you to commit to ending any military action upon a majority vote in Congress under the War Powers Act of 1973, as well as commit to signing war powers reform legislation that would appropriately strengthen Congress’ role in authorizing and overseeing the use of force.

Reducing the Pentagon Budget
We call on you to commit to ending wasteful military spending and reducing Pentagon spending by at least $200 billion annually. The U.S. military budget is well over $700 billion a year currently -- with private contractors reaping much of the benefit -- and even higher when accounting for nuclear weapons spending at the Department of Energy. The unnecessary nuclear modernization plan is expected to cost $1.7 trillion over the next 30 years. Meanwhile funding has shrunk for the U.S. Department of State and critical social safety nets at home. We call on you to reduce the outsized influence of private contractors at the Pentagon, end the production of new nuclear weapons, cancel 'space force', and to prioritize the federal budget towards meeting the basic needs of Americans at home.

Engaging with Iran
The majority of Americans support finding diplomatic solutions to disputes with Iran. We call on you to end the ongoing failed "maximum pressure" campaign, and return to the “Iran Deal” (JCPOA) in exchange for Iran returning to full compliance with the accord, and seek to build on the deal with further negotiations. After returning to the deal, we encourage you to pursue follow-on negotiations with Iran, Saudi Arabia, and other regional actors aimed at resolving conflicts across the region.

Engaging with North Korea
The strategic patience approach to North Korea's nuclear weapons program has failed. While recent diplomacy with North Korea has failed to meet its stated goal of denuclearization, the diplomatic progress should be built upon and pushed further to prioritize both peace and the denuclearization on the Korean peninsula. We urge you to reject pursuing a maximalist approach to the security challenge posed by North Korea and instead focus on confidence-building measures that can move towards normalizing relations, concluding a peace treaty to end the conflict, and eventually freezing and rolling back North Korea's nuclear weapons program.

Supporting a just resolution to the Israeli-Palestinian conflict
The U.S. should work to build a future in which all Palestinians and Israelis live under full equality by upholding a foreign policy that centers human rights and dignity for all people. We call on you to use a combination of pressure and incentives, including leveraging the annual $3.8 billion in U.S. military funding to Israel, to get all parties to come to an agreement that upholds U.N. Security Council Resolutions and international law, including non-exhaustively: ending Israel’s military occupation; disbanding Israel’s illegal settlements in the West Bank and East Jerusalem; ending the Israeli military blockade of Gaza; and ending all attacks on civilians, be they Israeli or Palestinian.

Opposing regime-change interventions and broad-based sanctions
The military and political campaigns aimed at regime change have borne disaster in Iraq, Libya, Syria, and elsewhere in the past two decades. Meanwhile, broad-based sanctions against countries like Iran and Venezuela have served to impoverish the population at large while not having positive political outcomes - and at times empowering ruling elites. The U.S. should stop seeking to transform other countries through destructive policies and instead work through the United Nations Security Council and other multilateral fora to build global consensus and international legal backing for peaceful, diplomatic solutions to internal and international conflicts.

Rejecting discriminatory immigration policies and supporting refugees
We call on you to repeal the Muslim, African, refugee, and asylum bans, restore access to asylum, and support a robust refugee resettlement program. This includes a commitment to admit at least 125,000 refugees in your first year in office, increasing refugee admissions every year, and investing in infrastructure needed to rebuild our refugee resettlement program and restore U.S. leadership on refugee protection given that we are now facing the worst global displacement crisis in history. As we urge other countries to admit and protect refugees, the U.S. must also ensure all asylum seekers have a meaningful opportunity to be heard before a judge and utilize community-based alternatives to immigration detention.

Closing Guantanamo
The Guantanamo Bay Detention Center has been a stain on our nation’s conscience and the most effective recruitment tool used by violent extremists.  We call on you to commit to using any and all options within existing authority to seek lawful disposition for the remaining individuals at the detention center and close Guantanamo once and for all. The long-defunct CIA detention and interrogation program, and at minimum the Senate Intelligence Committee report on CIA torture, needs to be declassified, promulgated internally to reaffirm torture’s illegality, and made publicly available.

Prioritizing diplomacy and avoid militarizing our relations with other powers such as Russia and China
As Russia and China become increasingly assertive on the world stage, it is critical that you promote diplomatic engagement and avoid further militarization of our relationship with these major powers. Overhyping the threat these countries pose to the United States intensifies fear, racism, and hate domestically. Militarization of our disputes with these nations exacerbate tensions that put the world at risk, while leading to arms races that siphon funds needed for each nation’s domestic priorities. As President Reagan said, military conflicts that lead to nuclear war “cannot be won and must never be fought.” We urge you to rejoin -- and go beyond -- nuclear arms reduction agreements that were abandoned. We also urge you to address threats of cyberwarfare and espionage by following the model of the 2015 agreement with China that resulted in an estimated 90 percent drop in Chinese-backed cyber theft of American trade secrets. Instead of reinforcing military confrontation with these rising global powers, we urge you to prioritize investment in the industries of the future to ensure that we remain a global leader in innovation in an increasingly competitive global economy.