Urban Warfare in Our Backyard 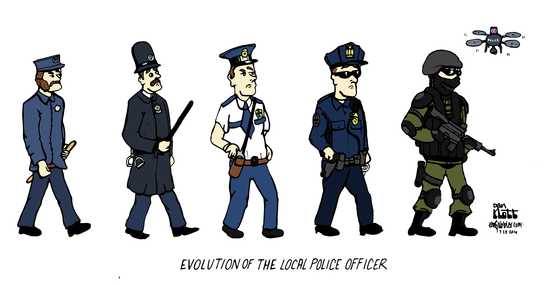 What is Urban Shield?

Urban Shield is a regional, national and global weapons expo and SWAT training that takes place in the Bay Area, as well as in Boston and Austin. This year, from September 11-14th there will be a weapons expo selling military-style and surveillance technology in Pleasanton, CA, followed by organized war-like police scenario and competitions across the Bay.

Urban Shield brings together law enforcement agencies from across the country and world, to learn how to better repress, criminalize, and militarize our communities. By merging police departments, weapons dealers and emergency respondents, it becomes a carnival of militarization and its increased coordination across the world.

The Role of Alameda County

Alameda County receives federal funding from the Department of Homeland Security to host Urban Shield. The county claims that because it is in a budget shortfall, hosting Urban Shield is necessary to provide training for “public safety.” This is merely an excuse to expand the power of policing. Militarized trainings, warfare technology, and repressive tactics hardly resemble “public safety training.”

Through organizing and mobilizations, the Stop Urban Shield Coalition was able to kick the weapons expo out of Oakland last year, where it has been held since Urban Shield came to the Bay in 2007. However, Alameda County still hosts Urban Shield, and Oakland and other Bay Area police and fire agencies still participate in it. Building on our victory last year, we are working to kick Urban Shield out of Alameda County and the Bay Area entirely.

By bringing together local, federal, and international law enforcement agencies to train and share repressive tactics, weaponry, and technology, Urban Shield seeks to enhance the ways that state violence is used to oppress people around the world.

Urban Shield serves as a place where repressive governments with a history of oppression, such as Israel, the Philippines, and Haiti, are able to share with U.S. police what they’ve learned from brutalizing their populations. As police forces and governments are strengthening their networks of militarism and repression, we must oppose Urban Shield and other policing schemes through international solidarity.

Urban Shield bolsters the increasing trend and mentality of militarization

Urban Shield plays a significant role of the increased militarization not just of police, but of emergency responders and healthcare providers by creating a mentality of militarization - the need for warfare weapons and tactics in everyday situations.

Although the Urban Shield expo features many surveillance technologies and military weapons, the danger of Urban Shield is not limited to the event itself. Programs like urban shield create a sense of fear-mongering, justifying the logic to police and militarize every aspect of social life.

Urban Shield is one part of an effort to repress and crush social movements.

As with other federal programs and policies that justify themselves under “national security” and “counter-terrorism,” Urban Shield trains and equips police forces with the aim of surveilling and attacking movements for self-determination.

The military style crackdown of protests in Ferguson, Baltimore, Oakland, New York is a direct result of initiatives like Urban Shield that militarize police and enhance law enforcement’s ability to repress social movements. By learning from international agencies’ experiences, like Israel’s repression of the Palestinian struggle or the Philippine's military assault on the movement for self-determination, local police in the US are globalizing their repression of movements here.

Urban Shield plays a significant role in providing police and security forces more tools in their war on Black people, their attacks on communities of color, and their ongoing oppression of people in the third world.

Urban Shield deepens policing and militarization in our neighborhoods, which results in increased harassment and violence, disproportionately against poor, Black, Latino, Arab and Muslim, immigrant and trans & gender-non-conforming communities.

The military style crackdown of protests such as in Ferguson, the regular police killings of Black people, the targeting of Arabs and Muslims labeled “terrorists,” and the ongoing assault against immigrants are only intensified with Urban Shield.

When “public safety” relies on armed emergency management, as we saw during Katrina and in Detroit, communities of color, and particularly Black communities, become an “emergency” that need to be controlled and managed with a military response.