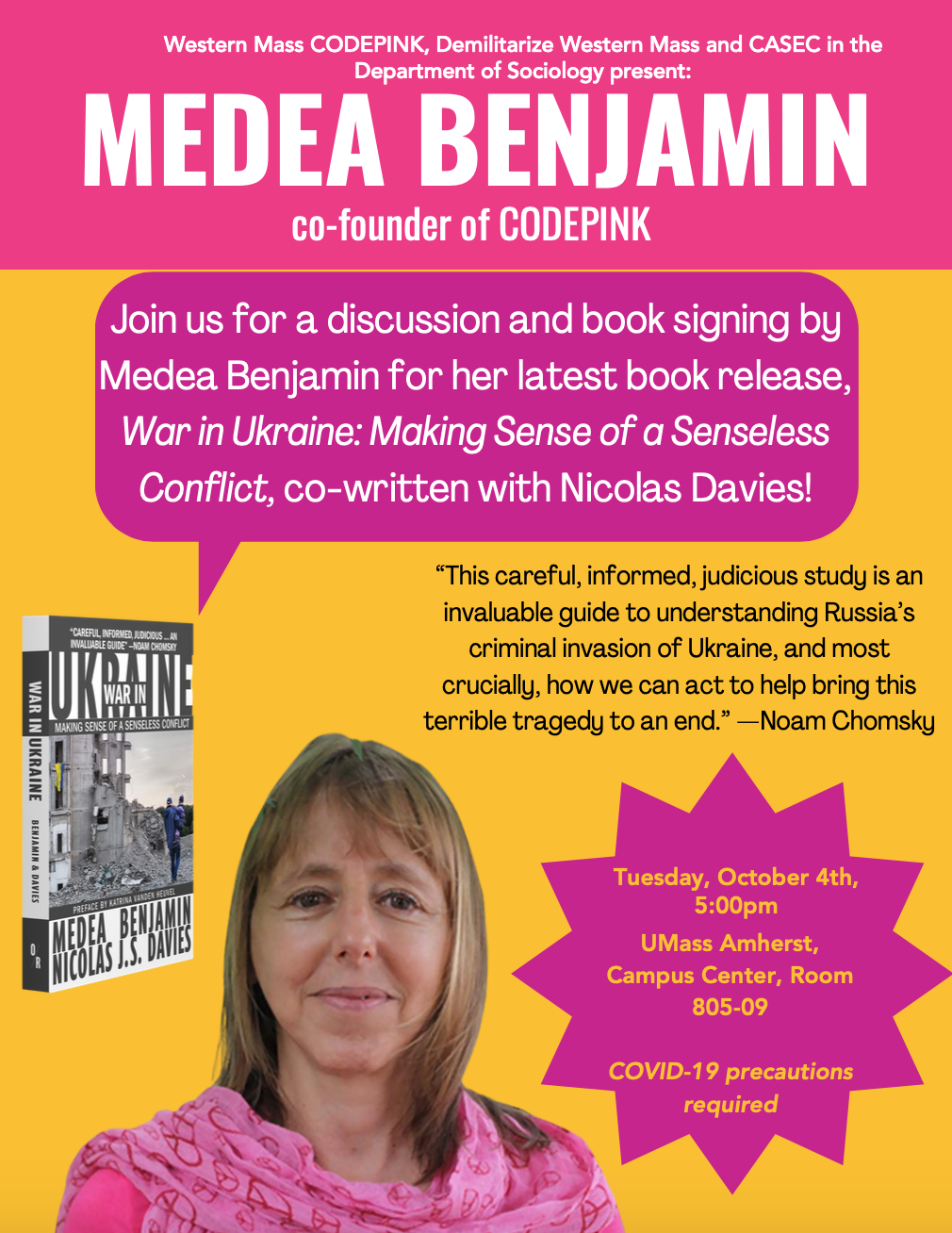 Medea Benjamin will discuss her book War in Ukraine: Making Sense of a Senseless Conflict at the University of Massachusetts Amherst. This event is co-sponsored by Western Mass CODEPINK, Demilitarize Western Mass, and CASEC in the Department of Sociology. COVID-19 precautions are required for this event.