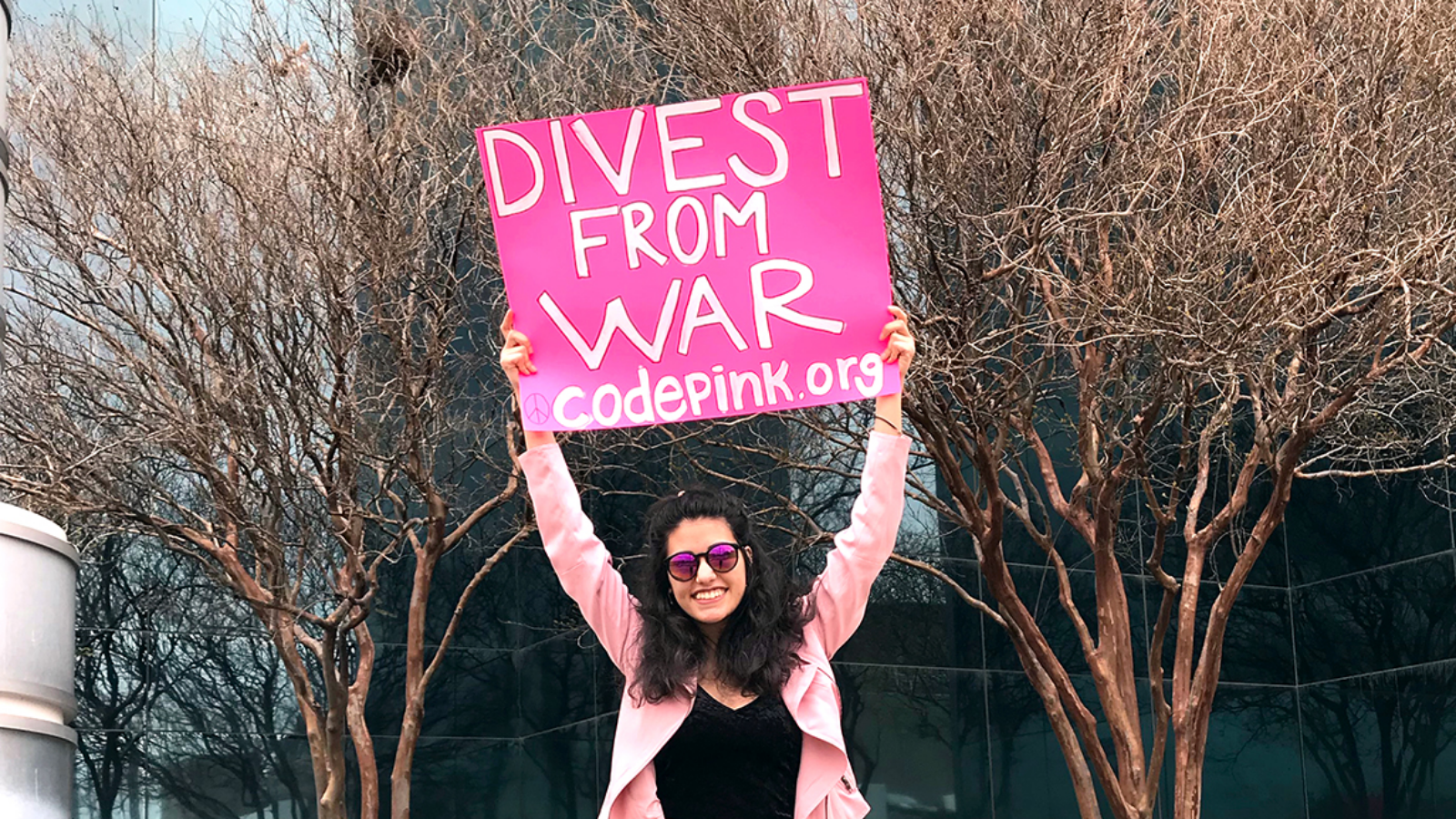 Sign the petition calling on the University of California at Santa Barbara (UCSB) and UC Board of Regents to stop chasing hundreds of military research contracts. Expel the arms merchants! Instead of investing in war & weapons, UCSB should invest in solutions for our housing and climate crises.

To the UCSB Administration and UC Board of Regents,

Please do not renew or pursue new military research contracts for weapons technology. I urge the university to invest, instead, in solutions to our housing and climate crises.

Over the past several years, UCSB has signed almost 400 military-related contracts, including partnerships listed below:

(1) Institute for Collaborative Biotechnologies (ICB),funded by the Department of Defense, to develop technology for robotic soldiers, radar-absorbent missiles, 3-D printed bomber parts, drones and "chemical amplification" to improve soldiers' vision and hearing for the future battlefield.

3) Raytheon Vision Systems to develop micro-electronics and infrared sensors for missile and space surveillance systems. According to Amnesty International, Raytheon supplies Saudi Arabia and the United Arab Emirates with laser-guided bombs for a war on Yemen that has killed 233,000 people and left the country in ruins.

4)  Northrop Grumman to develop Air Strike, “a desktop mechanical shock test apparatus capable of delivering controlled, repeatable, mechanical shocks.” Northrop Grumman, which considers UCSB one of its “top tier” schools for research, manufacturers the B-52 stealth bomber and the Fd-35 fighter jet, and was awarded a sole-source contract to develop the new Ground Based Strategic Deterrent, 600 nuclear Intercontinental Ballistic Missiles many times more powerful than the atomic bombs the US dropped on Japan, annihilating an estimated 200,000 people over a three-day period in 1945.

(5) Department of Defense's Bioindustrial Manufacturing and Design Ecosystem (BioMade) to "maintain military dominance." Biomade's website links to a project to prepare for future wars in which U.S. aircraft land in the middle of nowhere, outside of one of the U.S.'s 750 overseas bases, on runaways grown with a mixture of sand and bacteria.

6) Department of Defense to operate SciTreck Biotech, a K-12 science program to educate local science students in biotechnology for future jobs with the Pentagon and its weapons makers. The DOD is investing in what it calls the “STEM workforce pipeline” to modernize the nation’s weapons system.

As UCSB students, UC alumni, Congressional District-24 stakeholders and CA taxpayers, we ask the University of California at Santa Barbara (UCSB) to sever its ties to the military industrial complex responsible for global death, destruction and climate catastrophe. Our universities should be promoters of peace and diplomacy, not endless war and militarism that siphon taxpayer money from urgent needs at home to boost the profits of military contractors.