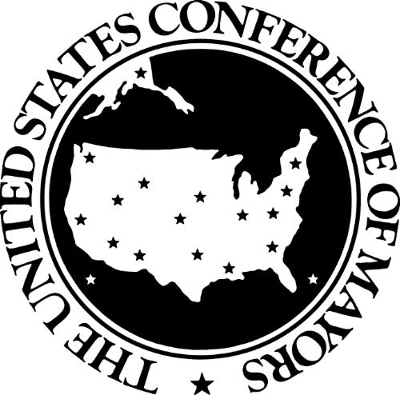 Including More Cooperation with the Feds, “Strong Cities”

In our recent work against war and militarism, CODEPINK has honed in on militarization of law enforcement, as allies in the Black Lives Matter movement, connecting domestic issues with our longstanding opposition to militarized US foreign policy.

Remember how in 2011 (and despite their fervent denials), 18 mayors participated in a conference call with the feds to shut down Occupy nationwide – and then did just that? We, especially co-director Jodie Evans and Peace Economy campaigner Michelle Pineiro, approached 300 mayors in advance of their annual conference, held this year in San Francisco, trying to get sponsors for an anti-police-militarization resolution.

No dice. The mayors instead passed over 20 resolutions in their “criminal and social justice committee,” mostly focusing on the “criminal” part, asking for more federal money, equipment and “partnership,” but no hard questions about state violence (whether by cops or troops), ever-expanding definitions of terrorism and “extremism,” human or civil rights, or the effects on democracy of this “vertical integration” of government “security” forces from the feds down to local cops on the beat.

While this was supposedly a down-home mayors meeting, both Homeland Security and ATF&E (the Bureau of Alcohol, Tobacco Firearms, and Explosives) sent representatives. Adding to the federal presence, the mayors entertained a featured speaker on “Countering Violent Extremism,” (CVE) who told us that the white supremacist murders in Charleston, so-called “sovereign citizen” movements, and (undefined) "eco-terrorism" are all just different forms of "violent extremism." The Department of Justice including the FBI, Homeland Security, the White House, and the National Counter-Terrorism Center are setting up a national snitch network to try to get religious leaders, educators, social service workers and others to report their suspicions of pre-pre-crime to the feds (or, through other compliant local leaders, to the feds).

Yes, you read that right. “There is a stage before pre-crime,” the speaker explained. After admitting that communities she deemed relevant (mentioning only “youth” and “Arabs and Muslims”) were "not going to pick up the phone and call the FBI", she laid out the government's plan: gain the trust of community leaders who (the feds hope) will pick up the phone when they suspect someone is becoming "radicalized." This term, like “violent extremism,” was never defined.

Nor, despite their awareness of the FBI’s image problem) was any mention made of the myriad reasons why members of these targeted communities might mistrust the feds, including repeated allegations of FBI entrapment (here, here and here) providing weapons, plots, and incentives to carry them out. Most recently, the inducement case at Fort Dix, just exposed by The Intercept, put five men in jail, despite the lack of weapons, a plot, or even a terrorist group).

No; targeted communities are just supposed to trust the feds that their intentions are good, that they are preventing terrorism, and that they will use an (unnamed) “social service approach” for contending with fingered people.

And there was certainly no discussion of root causes of “violent extremism,” which might include: ongoing U.S. wars against Muslim countries (both declared and undeclared), targeted FBI repression against Muslims in the U.S., reactionary, racist corporate media, or the lingering effects of the economic crisis.

Perhaps more importantly, as the group Muslim Advocates points out, 95% of “violent extremism” in the U.S. is done by non-Muslims. Democracy Now! Agrees that more people have been killed by white supremacists than jihadists since 9/11. But so far there does not seem to be an FBI or DHS profile on young white males.

And, facts or no facts, the feds are full-steam ahead with launch of a “Strong Cities” program of CVE in September, to connect U.S. mayors with cities worldwide, which piloted in Minneapolis/St. Paul, Boston, and Los Angeles, holding recent meetings in Oslo and Australia.

Aso un-discussed was: who is going to counter the extremism of law enforcement itself, where quite regularly now, we are treated to horror stories of law enforcement engaging in acts of extreme violence, tasing pregnant women, strangling Black men, shooting dozens of bullets in Black bodies, shooting kids, following Black people into their homes and killing them, breaking into their homes and killing them, allowing people to bleed to death after shooting them in their homes.

So one way local leaders can share information nationally is through this Orwellian pre-pre-crime reporting system which will undoubtedly continue to target already-discriminated-against groups such as Muslims, making crimes and criminals where they don’t exist, and has no question, let alone answers, for true root causes.