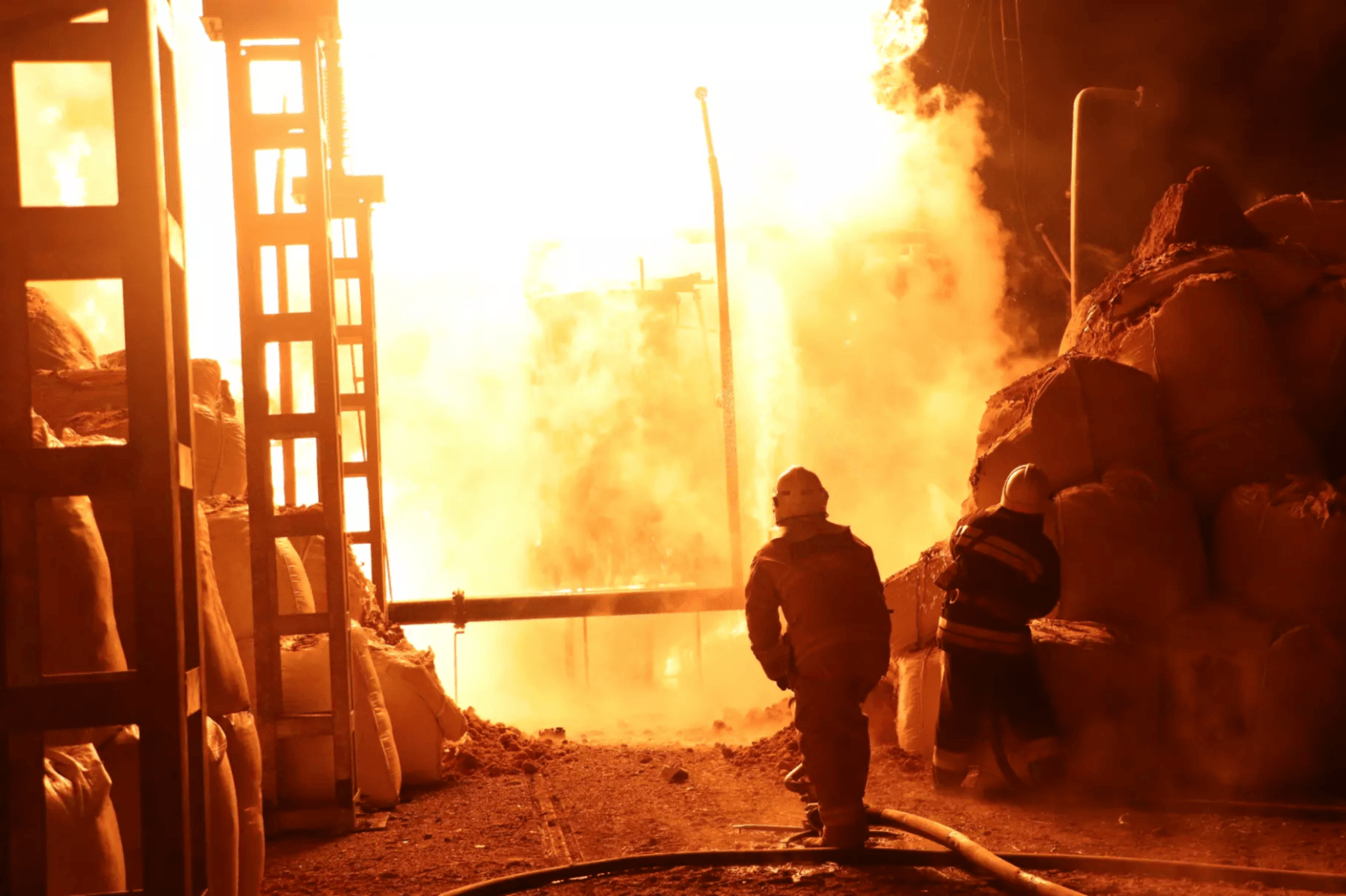 Written mostly before Russia’s 2022 invasion of Ukraine, the book The Tragedy of Ukraine: What Classical Greek Tragedy Can Teach Us About Conflict Resolution is an illuminating read for anyone wishing to know how we arrived at the existential crossroads that threatens WWIII. This is the book for those hungry for an historical understanding of Ukraine’s seething internal conflict—western hypernationalism versus eastern cultural diversity —that made Ukraine vulnerable to a geopolitical power struggle, a pawn in the cruel hands of both Russia and the United States.

Author Nicolai Petro served as former President H.W. Bush’s State Department Assistant Policy Advisor on the Soviet Union and a temporary attaché in Moscow. He now teaches at the University of Rhode Island, a professor of comparative international politics, peace studies and non-violence.

Petro is not a megaphone for neoconservatives apoplectic the US lost in Vietnam and Afghanistan, and are thus even more determined to weaken Russia to then fight China in omnicidal madness for a unipolar world. Nor is he an icon of the Left calling for solidarity among the working classes of Ukraine and Russia to overthrow the privatizing capitalists stashing their spoils in Swiss bank accounts before unmooring their yachts. Petro, aside from being an academic, writer and researcher, is a devotee of Greek tragedy, a lover of literature, arguing the lessons taught in plays like Orestes and Antigone point the way to social healing and harmony through catharsis — release of emotion, as well as dialogue and compassion for “The Other” as co-sufferer and co-citizen.

Without a willingness to listen, understand and forgive, the Greeks believed the cycle of vengeance would never end. Tragedies “provided an anchor in the storm,” writes Petro, by affording the Athenian theater audience a venue for safely discussing abuses of power.

Given the level of devastation the Russian invasion has wrought in Ukraine — thousands dead and wounded, eight million displaced, missile strikes on power grids knocking out heat in subzero temperatures  — it is hard to imagine Ukraine ever forgiving its next door neighbor, even though Ukraine — and you won’t hear this on MSNBC or CNN —played a provocative role in this tragedy, encouraged by US-dominated NATO to embed in its constitution a vow to join a military alliance hostile to Russia, to set up an armed camp on Russia's border and to forge a strategic partnership with the U.S. to take back Crimea, a goal certain to infuriate its neighbor, which annexed Crimea in 2014, two weeks after Ukraine’s nationalist-backed coup ousted Russian-friendly President Victor Yanukovich.

History, however, reminds us that Crimea was part of Russia for nearly 200 years, was handed over in 1954, without consent of Crimeans, to Ukrainian administrative control when Ukraine was still part of the Soviet Union, and serves as Russia’s coveted portal to the Black Sea, home to the Russian naval fleet.

For argument’s sake, let’s assume the war between Ukraine and Russia ends with a diplomatic settlement, the world dodges nuclear Armageddon and champagne corks pop in far corners of the earth. One might still need a magic mushroom to envision millions of Ukrainians ever hugging their Russian invaders who, according to Human Rights Watch, raped and executed civilians in Kyviv, or ethnic Russians in Ukraine’s Black Sea resort of Odessa forgiving their country’s far right nationalists for setting fire to a trade union hall in 2014, burning alive dozens of unionists.

In his introduction, the author suggests introspection — the capacity to look inward—can usher in the change of heart needed for forgiveness and reconciliation.

So what would it mean for Ukraine to look inward?

It would mean public recognition of the hyper-nationalism that sent a President running for his life in 2014 under a hail of bullets in Kyviv’s Maidan Square and elevated Galician identity, inherited from the Polish-Lithuanian Commonwealth, as the only legitimate identity for Ukraine. It would mean recognition and redemption for the nationalists who vilified their eastern neighbors, triggering a civil war in the Donbass that left an estimated 14,000 dead, mostly ethnic Russians, and set the stage for the current crisis. Petro’s thesis asserts that absent resolution of the internal conflict between the western nationalists and the eastern’s culturally diverse, peace will remain elusive even after Russia’s war on Ukraine comes to an end.

To resolve the internal conflict requires a commitment, writes Petro, to air grievances resulting from hatred and distrust between the Russophobes in the Galician or Western areas (Kyiv and Lviv) who embrace hyper-nationalism versus the Russophiles or Malorossiya separatists in the industrial eastern regions (Kherson, Donetsk, Luhansk— recently annexed by Russia) who take pride in their Russian cultural heritage.

It would require the country to grapple with the question of who is to define Ukrainian identity.

Published by De Gruyter, a German academic publishing house, Petro’s 304 page book reads like an indictment of nationalism run amok, for flag waving promotes a false sense of Ukrainian security in homogeneity and cultural cleansing only to divide the society, run a knife through its center to demarcate loyalists in the west versus traitors in the east. Such binary thinking, the author argues, made the country vulnerable to external conflicts and imperial ambitions of both the U.S. and Russia. He cites hyper-nationalism as a primary driver of the 2014 US-backed coup.

It is this same hyper-nationalism, writes Petro, that resulted in the Kyviv government’s punishment of the eastern region with laws and policies to prohibit initiating a conversation in Russian, ban Russian TV channels, block popular Russian social media networks, prohibit air travel between Ukraine and Russia, and impose an economic blockade on trade and transport with the coal and iron-rich Donbass.

It is this oppressive nationalism, Petro argues, that sought to marginalize the Russian-speaking population of the Donbass, dismissing them as USSR left overs in need of acculturation. Is it any wonder that the East, on the heels of the 2014 coup, organized the Donetsk People’s Republic—erecting its own flag, recruiting its own army and enlisting Russia’s help to break away from western Ukraine?

Imagine how native Spanish speakers in the West and Southwest of the US would react if Congress outlawed speaking Spanish, banned Spanish television—no more news from Central and South America, no more novellas, no more comedy and entertainment from home countries in Latin America—and outlawed flights and trade between Mexico and the U.S. Imagine if the White House told our country’s Latino population they must denounce their cultural heritage.

Cultural erasure was not what Petro intended to detail when he traveled to Ukraine in 2013 on a Fulbright scholarship for research on the Russian Orthodox Church. When, however, Maidan protests rocked the capital a few months after he arrived, his scholarly attention turned to the political forces ripping apart Ukraine.

In his book, Petro devotes considerable real estate to the failure of the 2015 MINSK II Peace Accord, questioning the commitment of a central government cowed by Ukraine's militaristic Azov Battalion and Right Sector, both determined to eradicate the cultural diversity of the Donbass while undermining the peace accord’s promise of semi-autonomy for the region. The author challenges the portrayal of these reactionary outfits with Neo-Nazi origins as reformed actors and refutes the argument that elections in which the far right earned less than five percent of the vote proves extremists are marginal to Ukrainian politics. While the Azov’s electoral showing was anemic, Petro charges the rabid nationalists soon exerted disproportionate influence in the Rada, Ukraine’s parliament, in the Executive and the military.

Now picture Ukraine. And roll back the tape.

The central government’s bow to the Azov Battalion led not only to incorporation of the Azov into the Ukrainian national guard, but to creation of state agencies to advance the contested narrative that Galician collaboration with Nazi Germany during WWII was simply a struggle for Ukrainian independence, not an embrace of Hitler and his genocidal edicts. Heck, even to this day, rival rallies are held in Ukraine, where Russian speakers in the eastern regions cheer the Red Army’s triumph over the Nazis while nationalists in the western city of Lviv stand before the statue of fascist Stephen Bandera to honor the anti-Soviet insurgents who fought alongside the Germans.

An optimist, Petro subscribes to the adage that the darkest hour is just before the dawn, and that civil wars, such as the one that erupted in the Donbass following the Maidan coup, do not have to become frozen conflicts that invite superpowers to exploit internal strife in competition for global hegemony. The war in Ukraine will eventually end, reflects Petro, though lasting peace will require resolution of Ukraine’s internal conflict between toxic nationalism in the west and regional diversity in the east. Such a commitment must be accompanied by allegiance not to a flag or nationalist fervor but to civic institutions — schools, courts, churches —that honor municipal diversity while uniting a fractured country to become a more harmonious melting pot.

“The key to breaking the cycle is to move social discourse away from the quest for vengeance (often mislabeled “justice”), to the goal of building a society together with one’s former enemies,” writes Petro. While his words may sound like Kumbaya lyrics to the cynic, his prescription for peace is anchored not only in Greek tragedy but in successful real-life examples of truth and reconciliation models in South Africa, Guatemala and Spain, countries once enveloped in violence where politicians enforced apartheid, erased indigenous voices and ruled as fascists with iron fists.

In South Africa, Petro writes, the 1995 Promotion of National Unity and Reconciliation Act offered enforcers of apartheid amnesty in return for publicly confessing their crimes to “forge a shared memory among victims, perpetrators, and bystanders ..”

In Guatemala, in the aftermath of a 36 year civil war, a three member government commission churned out a 12 volume report that concluded the government was responsible for Mayan genocide involving massacres and disappearances.

In 1970s Spain, following Franco’s death and the end of the Spanish Civil War, political parties formed a pact — Pacto de Olvido — to forget the crimes of the past to transition to democracy. Exiles were allowed to return home, political prisoners freed.

History gives us hope that nations torn asunder can eventually heal to emerge stronger and more unified. "Ukraine," writes Petro, “must reckon with its past” for the healing to happen. He adds, “The situation may seem hopeless, but a tragic worldview allows us to see glimmers of hope in the broader context of history.”

Marcy Winograd is Coordinator of CODEPINK Congress and co-produces CODEPINK Radio. She serves on the steering committee of the Peace in Ukraine Coalition (peaceinUkraine.org).