To Refugees in Athens, With Love 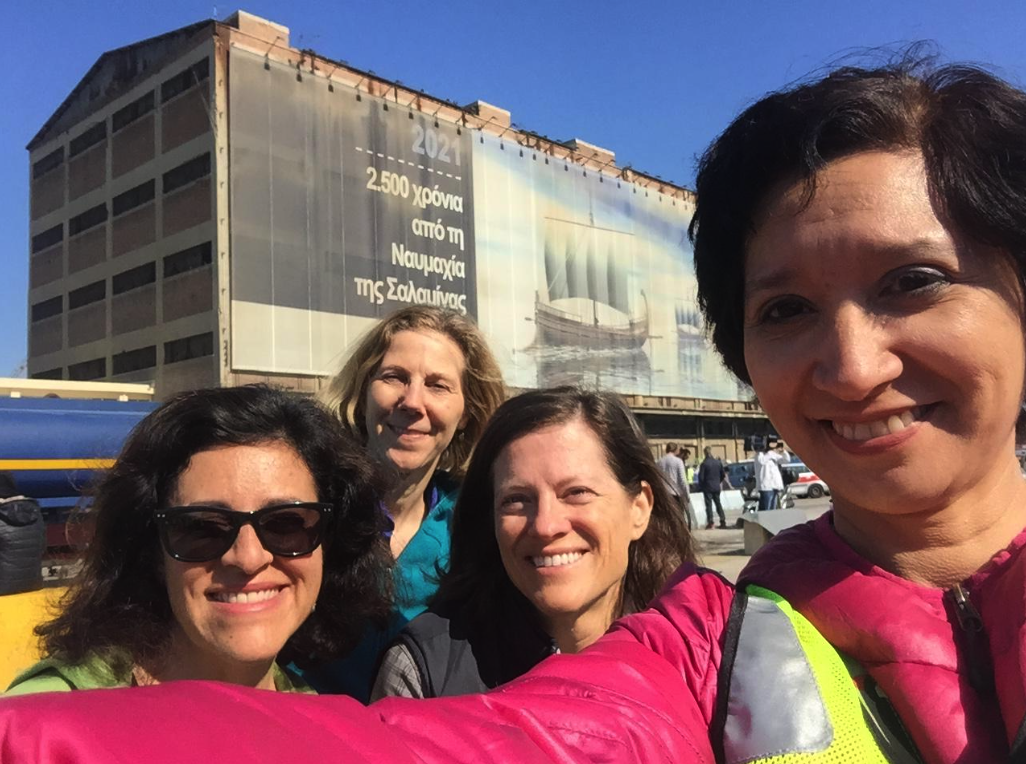 On Sunday March 27th, I donated a bag of reusable sanitary napkins, that someone so generous sewn, to a local squat in Athens. The squat has been turned into a shelter for refugees.

Afterward, I spent the morning at Port of Piraeus, where there are thousands of refugees living in tents, distributing tea and sandwiches. Apparently it was the only morning meal being distributed. The Red Cross has done it in the past but not this morning.

It was extremely overwhelming watching hundreds of people rush to make their way in line. There were only 20 of us doing crowd control, security, serving tea & handing out sandwiches. I fought hard to keep it together. I wanted to break down and cry after seeing the desperation on the faces of the women and children. 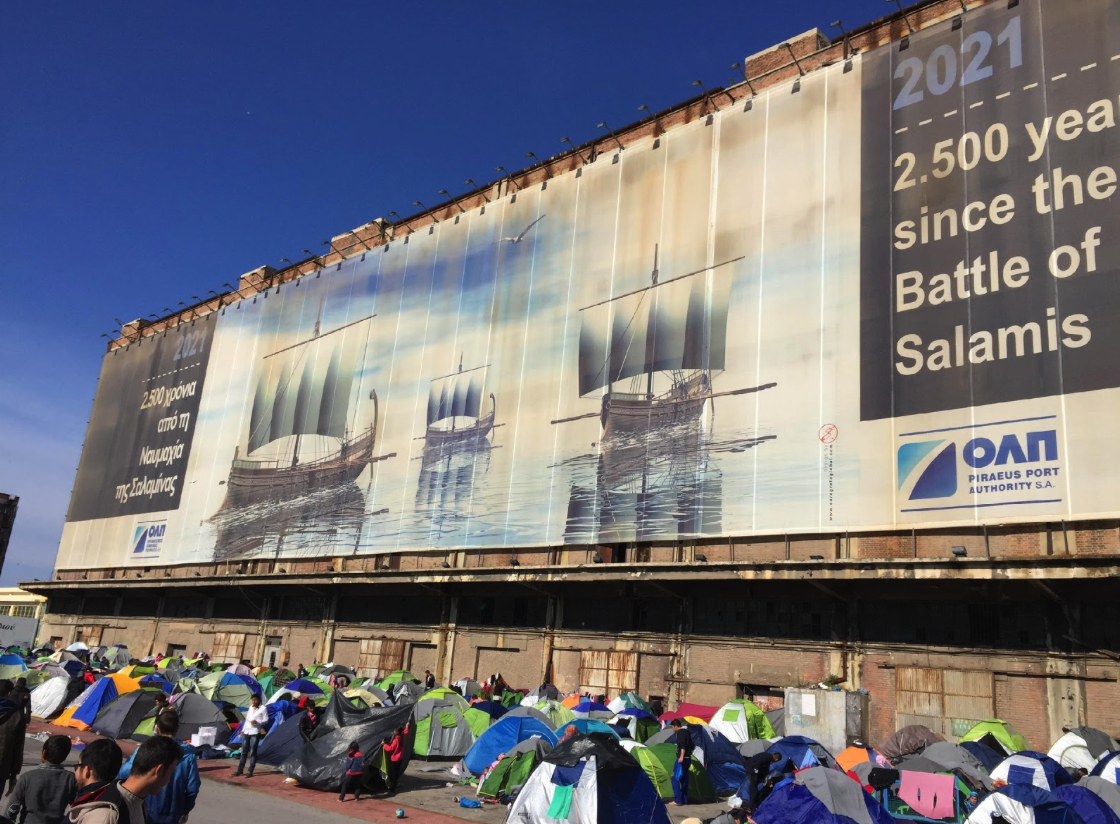 I slipped away at 11:00am to meet up with the other volunteers at orientation. We all got the low-down on life at the Port. It's open and overseen by the Port Authority. Anyone can enter which makes the refugees vulnerable. There was a report that 3 children were picked up and put in a car yesterday, but the driver was intercepted by volunteers and the kids were released. Also, the Afghanis and Syrians refugees do not get along. There have been fistfights between both groups at the Port, involving hundreds of men. We have been asked to follow protocol and not give favoritism to a person/group or what might be interpreted as favoritism. We also have to confront anyone that looks suspicious because of the vulnerability of the women and children.

This week the volunteers will do a census of all the refugees living on the Port or living at Port E2. The government-operated camps are full, which is why the refugees live at the Port, or decided to live at the Port because they didn't like the government-operated camps. The Greek military provides hot meals in the evening and clean blankets often. There's a building at the Port that has been occupied and this is a place where refugees can take showers. There are a lot of resources in Athens but not a lot of shelters.

I met a lot of really great volunteers, and a lot of Americans making the journey to Greece to help out. Nice that SF-Bay Area residents are in the house, making that 14 hour flight! Representing!

I head back to the Port tomorrow morning. On Wednesday I drive up to Ritsona to help out at the military operated camp. On Friday I drive to Idomeni, which is suppose to be the worse camp -- lack of resources, shelter and support. I'll drop off the duffle bag of knitted goods at Idomeni. Nice that the airline didn't charge for the extra luggage.

Back at the Port of Piraeus!

It's another chaotic day with trying to support refugees. I'm on baby formula duty. The main building where people take showers is being evacuated for a cleaning. Head is spinning! So many nationalities and languages, it's amazing we can all communicate. I have a partner in crime, Muhammad from Damascus, Syria. He's my translator for making baby formula. 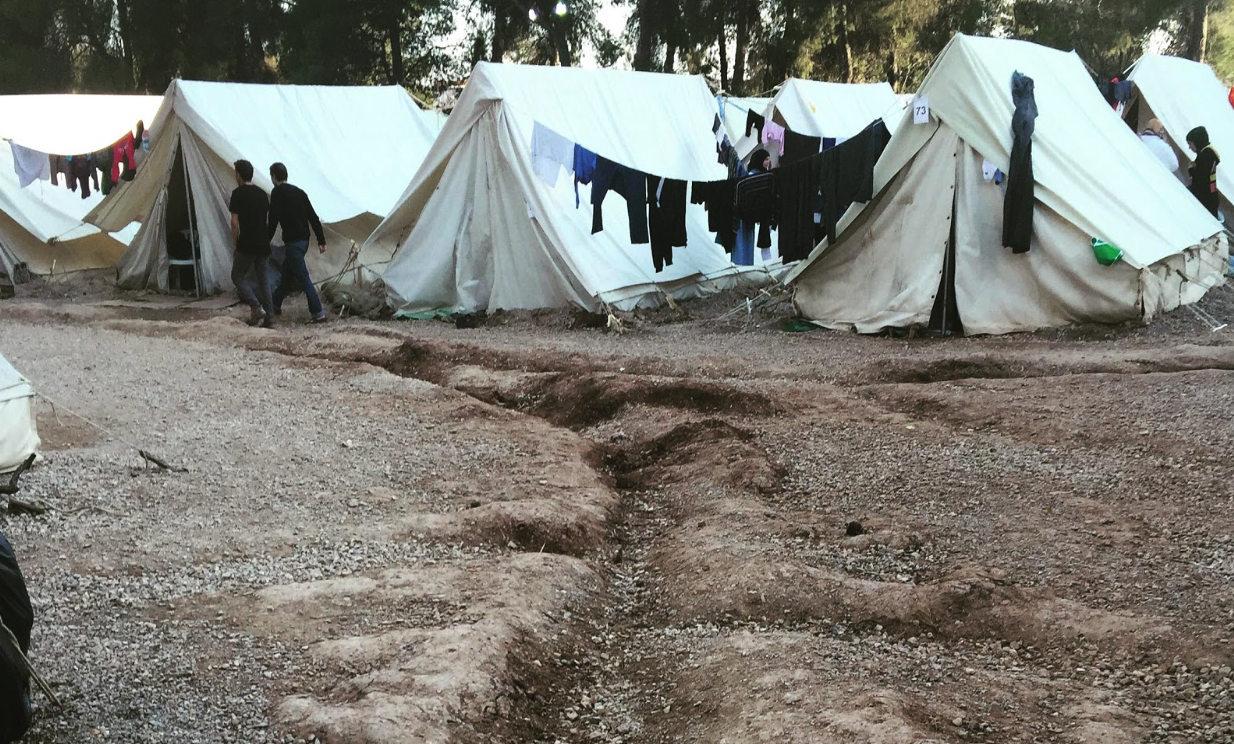 I made it to the refugee camp in Ritsona. It's operated by the Greek military. The camp is on military property. It's more organized than Port of Piraeus, which was chaotic and overwhelming. Today I spent the day organizing and cleaning the camp with refugees and volunteers, and also participated in the overall camp meeting. The camp is isolated and in the middle of nowhere. The camp has a school. It's a safe place for families but definitely not an ideal situation. 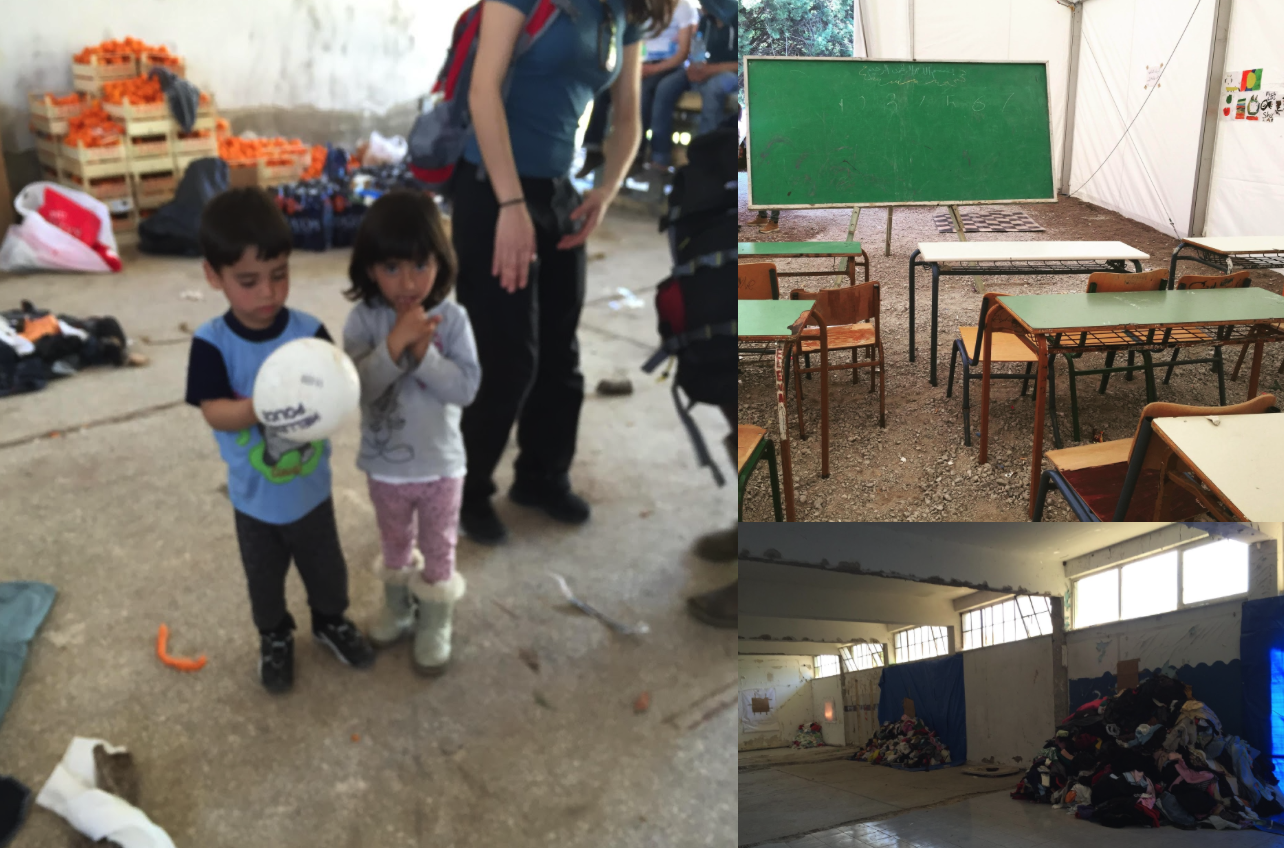 Another day at the refugee camp in Ritsona, with setting up the classroom for the morning Greek language classes for the children. During class, some of the adult refugees participated. After class, I made my way up to the Macedonia-Greece border where there are thousands of refugees huddled on the roads, living on the streets, living in tents or campers at Idomeni. It's a real painful sight. Part of the camp has overtaken a gas station and a convenience shop. It's not a legal or military overseen camp like Ritsona. It's similar to the Port of Piraeus where it's run by volunteers, with no or little NGO support. But one thing is that the Red Cross has had a presence at the three camps I visited.

CODEPINK activists from across the US made knitted goods that were donated to the camp at Idomeni. A camp volunteer help unload my car and carry items in to the distribution center.

Tomorrow I'll head back to Port of Piraeus to help out and say good-bye to Muhammad and the others.

This place has really become home except when the sun goes down and the riots between the Afghan and Syrian refugees kick in. I’ll really miss Greece, the volunteers and refugees who have touched my life.

After returning home, I found more knitted goodies at the CODEPINK Post Office Box in San Francisco. I’ll return to Greece in November to donate the items and donate my personal time to support the refugees struggling for a better quality of life. Solidarity!