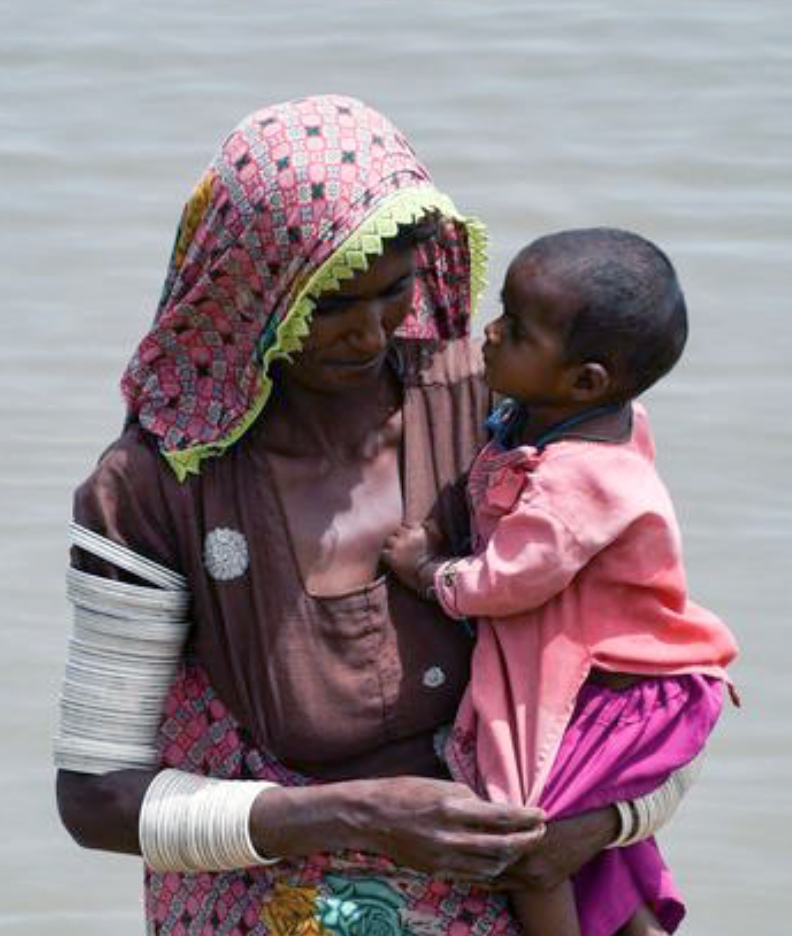 There’s a new ground zero: the frontlines of climate catastrophe in Pakistan, where floods caused by this year’s devastating rainfall have affected more than 33 million people, destroying homes, livestock, and crops, and killing over a 1000 people. Join us in sending much-needed aid to the people of Pakistan who have lost everything to climate change this year. CODEPINK is partnering with non-governmental organizations carrying out flood relief in the local areas.

Dubbed as the “monster monsoon,” this year's rainfall was almost 600 percent higher than average. These are the devastating effects of climate change. Even though Pakistan is responsible for less than one percent of global greenhouse gas emissions, it is listed as one of the top 10 most climate-vulnerable countries on earth, simply because of its geographic location in a region that’s warming faster than average.

In contrast, the U.S. military is the world’s largest oil consumer, and has caused more greenhouse gas emissions than 140 nations combined. Pakistan, in particular, has borne the brunt of the U.S. imperialist agenda in the region through military interference and the war on terror for decades. And now it’s been catapulted right into the center of the biggest climate emergency it's ever seen. Shouldn’t we support the people of Pakistan in their hour of need? Instead of killer drones, let’s send humanitarian relief to the people of Pakistan who have lost everything to climate change this year.

High-emitting countries like the United States have a responsibility to take immediate and substantial action to prevent climate change. Join us in asking President Biden to declare a climate emergency!

Those of us who live in North America aren’t immune to an increasing number of storms, floods and fires brought on by climate change. But the sheer scale of Pakistan’s devastation, where entire villages made of precarious mud homes and makeshift shelters have simply vanished, swept away by incessant rainfall and overflowing rivers, is an unimaginable reality. Eyewitness accounts say there is literally nothing left in vast regions of the land. Join us in sending much-needed aid to the people of Pakistan who have lost everything to climate change this year.

A third of Pakistan remains submerged under water and the situation is expected to get worse. The country lacks emergency infrastructure and aid to rescue and feed millions of displaced people. Widespread destruction of crops means the debt-ridden country must fund critical food imports to avert a famine. Inflation has skyrocketed and the country’s fragile economy is at an all-time low.

Your donations can provide a Pakistani family with urgent life-saving essentials right now. Every dollar counts. Please give what you can.

And don’t forget to ask President Biden to declare a climate emergency and cut the Pentagon budget!