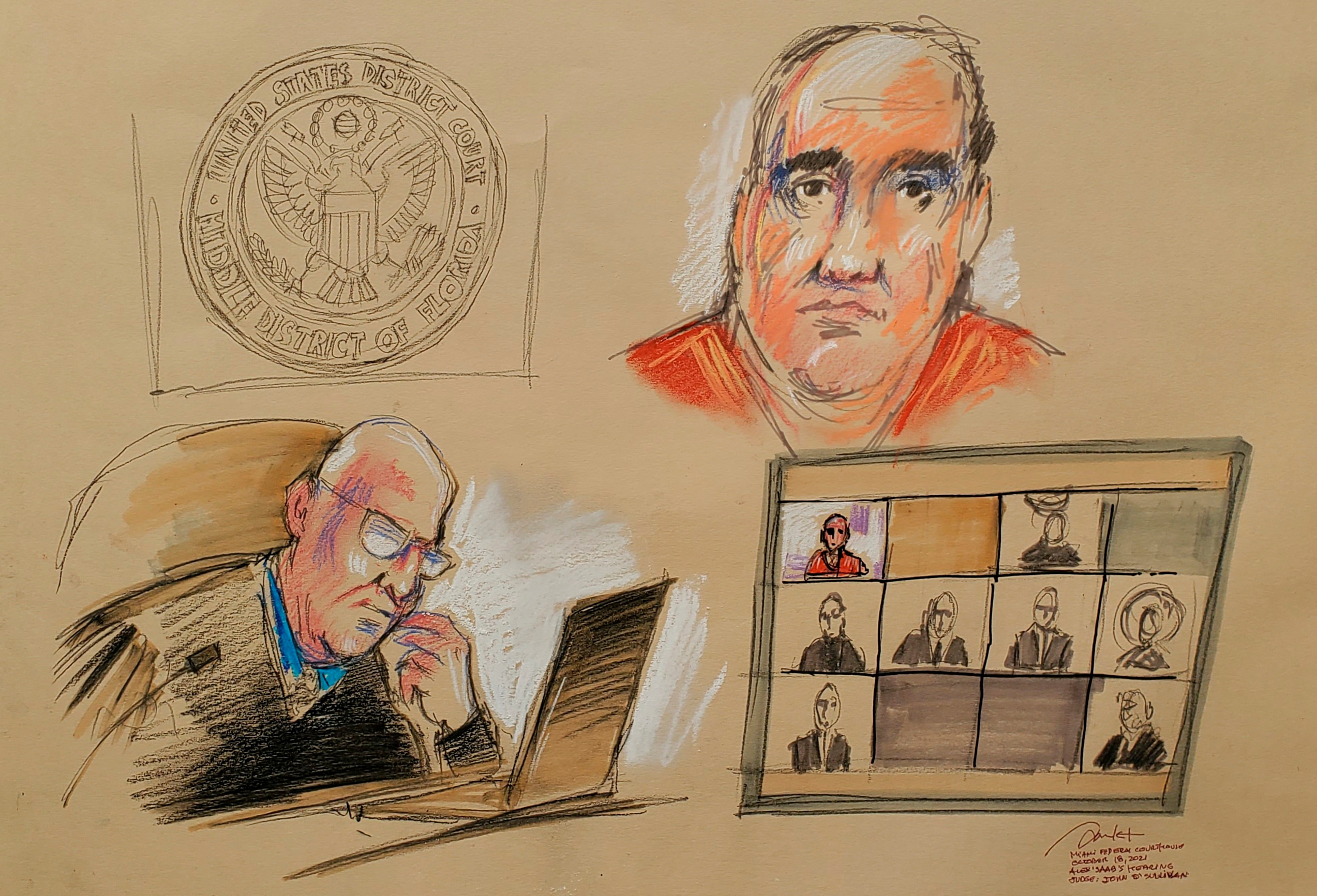 Can you believe that a Venezuelan diplomat was held in an African prison and then extradited to the United States for violating illegal U.S. sanctions by helping to feed the Venezuelan people? It’s true. Cape Verde just extradited Alex Saab to the U.S., despite the fact he still had a pending appeal. Saab is a political prisoner being punished for helping Venezuela resist the illegal U.S. sanctions that have killed 100,000 people. The worst part is that Saab’s extradition has threatened the ongoing dialogue between the Venezuelan government and opposition.

Who is Alex Saab? He was named a Venezuelan special envoy in 2018 and brokered trade deals that help Venezuela overcome the cruel economic war waged by the U.S. Remember those Iranian tankers that arrived in Venezuela over the past year? Saab helped make that happen. He also worked with the Venezuelan government on housing, food and medicine imports.

Tell the Department of Justice to free Alex Saab!

There are all sorts of illegalities related to Saab’s arrest and extradition.. First of all, he’s a diplomat, meaning that he has immunity and neither Cape Verde nor the U.S. have the right to prosecute him. Secondly, he was arrested without a warrant. Following a request from the U.S., the International Criminal Police Organization (Interpol) put out a red notice, the equivalent of a warrant, but it was issued the day AFTER he was arrested. The Economic Community of West African States (ECOWAS) said his detention was arbitrary, and called for stopping his extradition and for his immediate release. The African Bar Association issued a similar ruling. The United Nations Human Rights Committee called on Cape Verde to refrain from extraditing Alex Saab. Yet he was extradited without the knowledge of his lawyers or family and a day before elections in Cape Verde; the winner of the elections had previously said he would free Alex Saab.

Saab is one of the architects of Venezuela’s plans to overcome U.S. sanctions. That’s the reason there’s so much interest in him. The twisted logic is that if Saab is taken down, he’ll give up the network that Venezuela uses to purchase food, medicine, fuel and spare parts. In March, Switzerland closed a 3-year-long money laundering probe into Saab due to a lack of evidence. A commission from Venezuela’s National Assembly, when it was controlled by opposition leader Juan Guaidó, investigated him and cleared him.

Join the movement to free Alex Saab! Tell the DOJ to drop the charges!

Last month, we delivered a letter to the Embassy of Cape Verde urging their authorities to stop Saab’s extradition. Here’s Leonardo giving a quick summary of who Alex Saab is, and here’s an interview he did on RT about Saab’s extradition.

Teri hosted an episode of WTF is Going on in Latin America about Alex Saab. Check it out to learn more about the case, lawfare and sanctions.

P.S. If you are in DC join us tomorrow, Friday, October 22, in front of the Department of Justice (corner of 10th St and Pennsylvania Ave NW) at 1 p.m. for a rally to demand the DOJ to drop the charges and free Alex Saab! 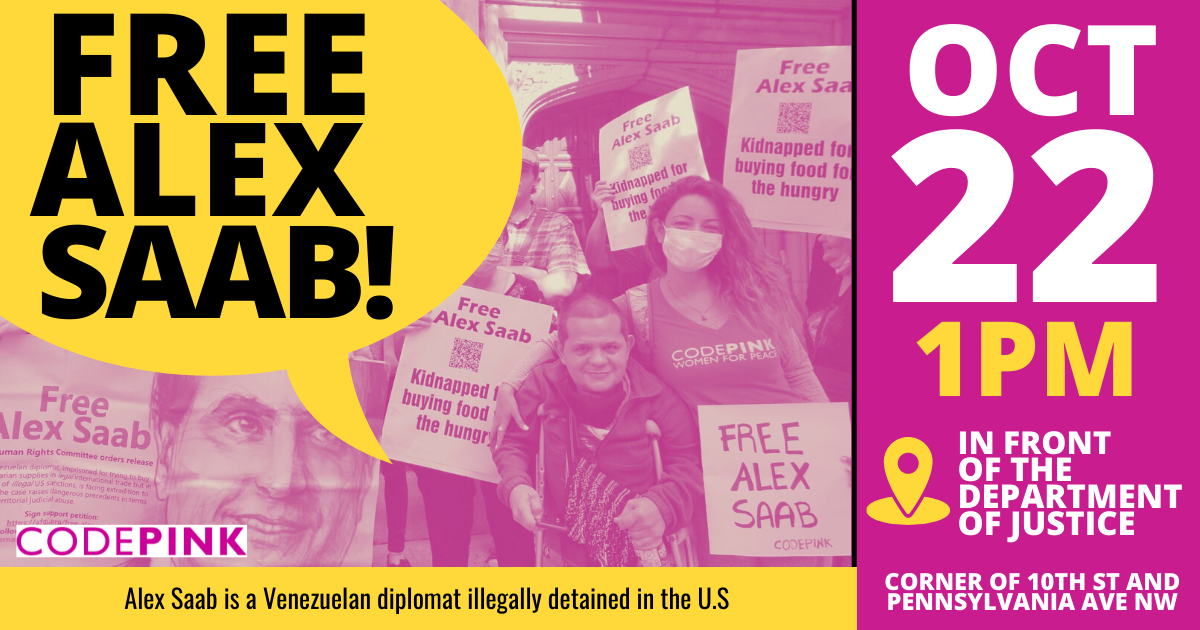