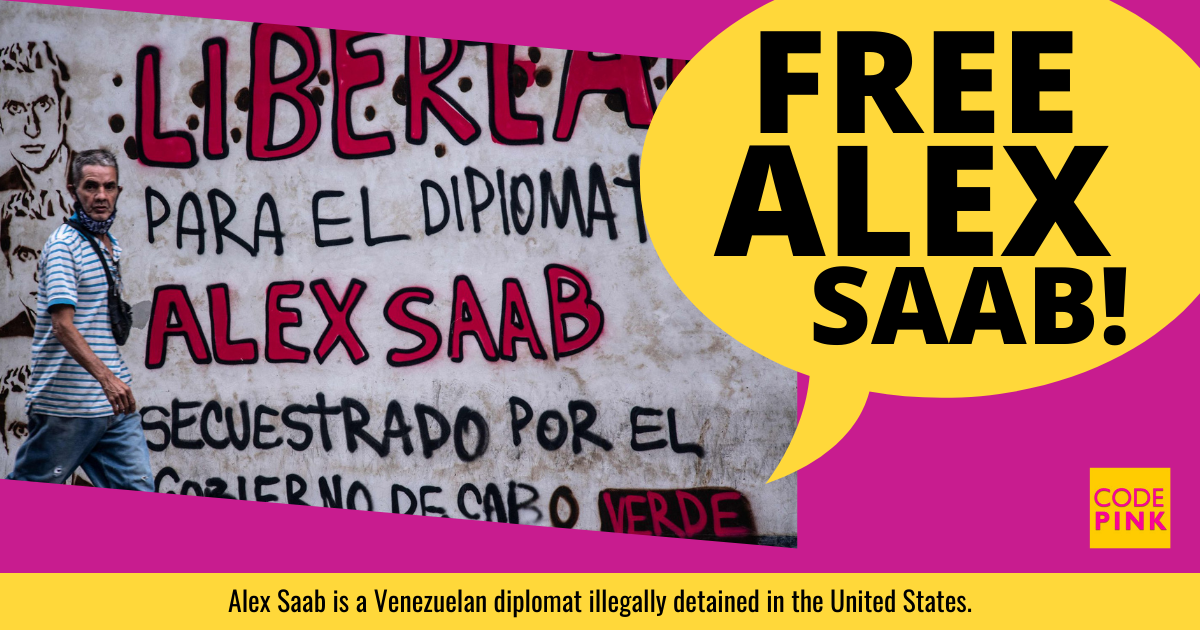 Sign the petition urging the Department of Justice to drop the charges against Venezuelan diplomat Alex Saab!

Venezuelan diplomat Alex Saab was arbitrarily detained and tortured in Cape Verde due to an extradition request made by the Department of Justice under the Trump administration.

The charges against Saab are rooted in Trump’s maximum pressure campaign to overthrow the Venezuelan government, particularly as it relates to U.S. sanctions that have killed 100,000 Venezuelans, according to a former U.N. special rapporteur. Ambassador Saab is being punished for helping the Venezuelan government build housing, obtain food and strike trade deals in the context of a brutal economic war.

There were various irregularities regarding Mr. Saab’s detention and extradition. Mr. Saab’s arrest came while his plane was being refueled in Cape Verde, on his way back to Venezuela from Iran. The Cape Verdean authorities detained, claiming there was a red notice from Interpol. No such red notice existed, it was only issued a day later, after Mr. Saab’s arrest. Additionally, Mr. Saab was named a diplomat in 2018; his detention violates the Vienna Convention.

The Economic Community of West African States, the African Bar Association and the United Nations Human Rights Committee spoke out against his extradition. Moreover, the appeals process in Cape Verde had not been completed when Ambassador Saab was extradited without the knowledge of his lawyers or family. His extradition came one day before election in Cape Verde; the winning party previously announced they would release him.

Mr. Saab was tortured while in detention. He writes: “The United States has four employees who enter my cell every night and beat me to make false statements against Maduro (…) I have been tortured to testify against Nicolás Maduro and sign my voluntary extradition to the United States.”

It is clear that Mr. Saab is a political prisoner who has had his rights repeatedly violated. His extradition to the U.S. on October 16 has threatened the ongoing dialogue between the Venezuelan government and opposition It would further the cause of peace in Venezuela for the Department of Justice to drop the charges.