The U.S. Military Is Driving Environmental Collapse Across the Planet 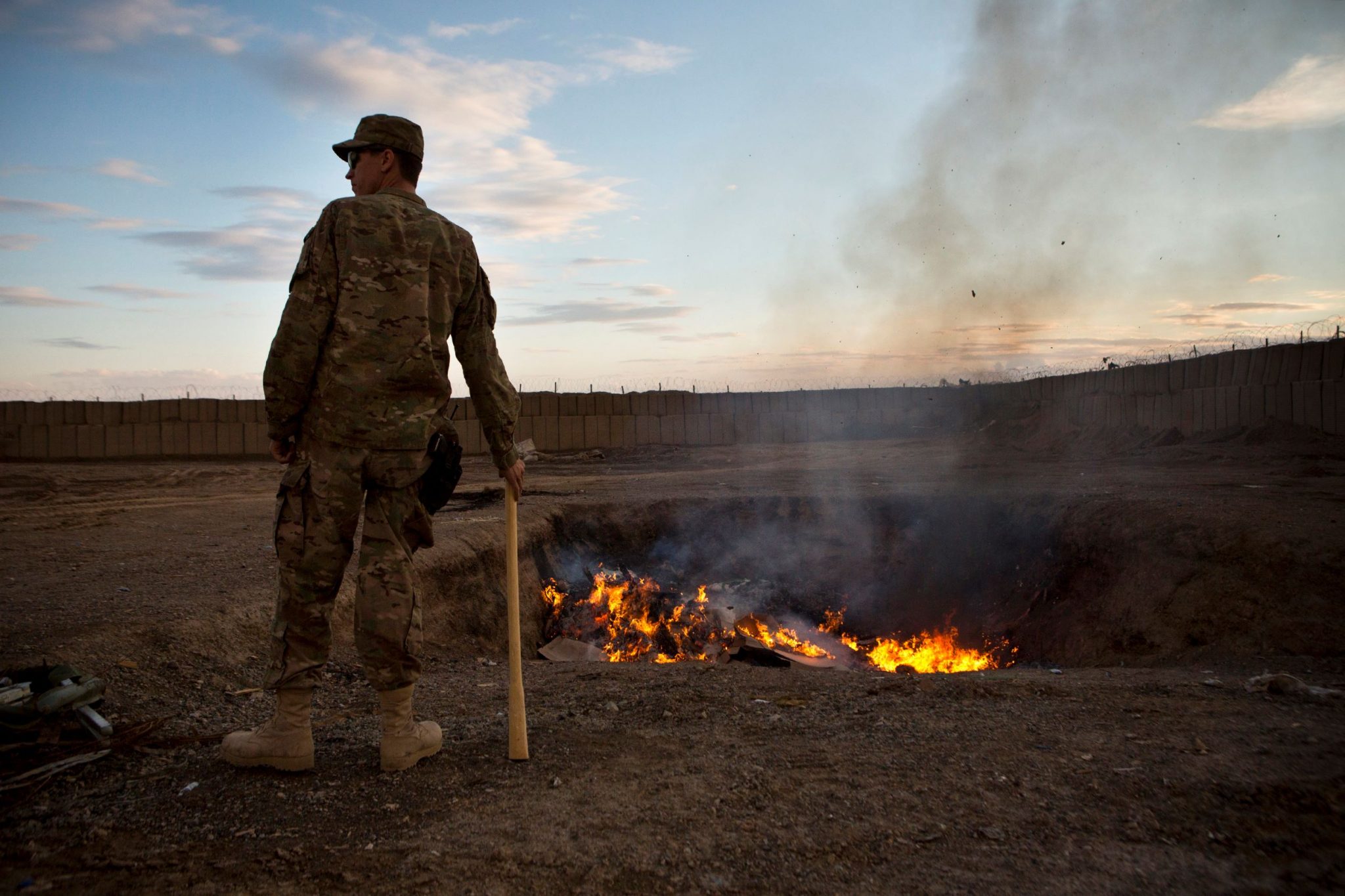 Summer 2021 has been an alarming season for climate news. Massive fires have raged from California to Europe; countries in the Global South have been hit by deadly droughts and historic winters; and on August 9, the Intergovernmental Panel on Climate Change (IPCC) released a report confirming what many people already knew: the climate crisis is already here. For the past three years, leading climate scientists have argued that the global average temperature rise needs to remain below 1.5 degrees Celsius in order to avoid the worst impacts of the climate crisis. The recent IPCC report suggests that humanity is past the point where meeting that limit is possible.

Left Voice has regularly covered how the climate crisis is a result of the capitalist system which is incapable of responding to such a universal and rapidly-evolving threat to humanity. While capitalists are doing their part to fuel global disaster, the Pentagon, one of the bastions of the imperialist state, deserves a notable mention for its role in the climate crisis. The U.S. military — with its 800 foreign bases planted around the globe to enforce the will of the U.S. empire — is a bigger polluter than 100 countries combined.

Here are five of the ways the Pentagon is fueling climate change.

As noted above, the U.S. military consists of nearly 800 bases in foreign countries and territories. Keeping all of these bases running and connected also requires a massive network of transportation, including ships and planes, and infrastructure like energy and water.

An article in Newsweek found that in 2017 “the U.S. military bought about 269,230 barrels of oil a day and emitted more than 25,000 kilotonnes of carbon dioxide by burning those fuels.” Research by Brown University’s Costs of War project shows that from 2001 to 2017, U.S. “overseas contingency operations” in Afghanistan, Pakistan, Iraq, and Syria have produced 400 million tons of CO2 emissions. Other findings by Costs of War show that the war in Afghanistan resulted in illegal logging which has led to the destruction of wildlife habitats, and the war in Iraq has increased cancer rates and birth defects.

Even outside of warzones, the U.S. military threatens human life and prosperity daily by pumping CO2 into the atmosphere. There is unjustifiable harm from even the U.S. military’s most mundane fuel use, such as keeping the lights on at some base in Italy or filling up vehicles for training U.S. troops in Australia. Every penny spent on such actions is a penny spent on fossil fuels that are slowly making the world uninhabitable, all for the purpose of maintaining U.S. capital’s control of the world’s resources for profit.

We will never know the Pentagon’s exact contribution to global warming, but we can calculate the extreme spike in oil production as a result of U.S. capital seizing Iraq with the help of the U.S. military. In 2016, Iraq produced more than 4 million barrels of oil per day, more than double what it was producing in 2003, the year of the U.S. invasion.

Indigenous people around the world have been at the forefront of environmental protection. Many indigenous communities have fought bravely to protect their land from the U.S. empire and its knack for destroying whole ecosystems.

The U.S. military presence in the Asia-Pacific region is likely to become a greater focus of the Biden administration as he puts more emphasis on competition with China. This makes it all the more essential for an international environmental movement to stand in solidarity with indigenous communities on islands key to U.S. operations in the Pacific, such as in Okinawa, Hawaii, and Guam.

Developed by the U.S. Navy in the 1960s, this chemical has been shown to cause all sorts of immune, hormonal, and reproductive health problems which are sometimes fatal, as well as various types of cancer. Due to the military’s regular use of the chemical in training exercises at hundreds of bases throughout the United States, the foam has been seeping into the water and soil across the country, poisoning communities while the military dodges accountability.

In response to several class-action lawsuits, the Pentagon has started disposing of their AFFF supply by incinerating it, creating a whole new form of grand-scale poisoning.

In the United States, we’re constantly told that there’s no money to implement any comprehensive measures for fighting the climate crisis. Public transportation, green infrastructure, solar energy, etc. are deemed “too expensive.”

The truth is that the money for such projects exists, but it’s going to the Pentagon. In 2015, the military received 54 percent of the federal budget, and each new budget further bloats funding for The Pentagon. The Biden administration has already requested a 2022 defense budget which would increase military spending by 1.6 percent compared to this year.

The $715 billion that Biden requests for military spending in this budget could instead go to green infrastructure projects. For example, if a $715 billion annual budget was put towards replacing the U.S. electrical grid with renewable energy, it would only take a little more than eight years to completely replace the entire electrical grid of the United States.

There are also plenty of smaller projects that could be accomplished with one year’s worth of the money requested for the 2022 military budget. The $715 billion is more than enough to cover the cost of boats needed to clean the Great Pacific Garbage Patch, an island of garbage twice the size of Texas currently floating between California and Hawaii.

Only socialism can adequately tackle the climate crisis which is already destroying entire ecosystems and costing lives. Capitalism kills via the climate crisis when people in Texas freeze to death because their power grid crashes in the winter and when people in the Pacific Northwest die of unprecedented heatwaves. Capitalism kills by depriving the most exploited countries of food and water and by subjecting oppressed communities in the imperialist countries to environmental racism. The global environmental movement needs to take a revolutionary stand against capitalism and it needs to be led by the poor and working-class communities around the world who are already facing the worst consequences of capitalist-fueled climate change.

Part of the fight against capitalism is the fight against imperialism. Leftists in imperialist countries, especially the United States, have an obligation to fight imperialism for many reasons. The role of the U.S. military in fueling climate change is just one reason that the U.S. Left needs to demand the defunding of the Pentagon.

Defunding the Pentagon means closing the 800 bases and web of ships and planes which require an endless stream of fuel. It means not polluting working-class communities with hazardous waste. It also means making it clear to all that the climate crisis is not the fault of individuals, but of the capitalist class and their institutions of violence. The working class and leaders of movements to fight climate change need to unite around the demand to invest in green energy and environmental conservation while divesting from war and all other forms of imperialist aggression.