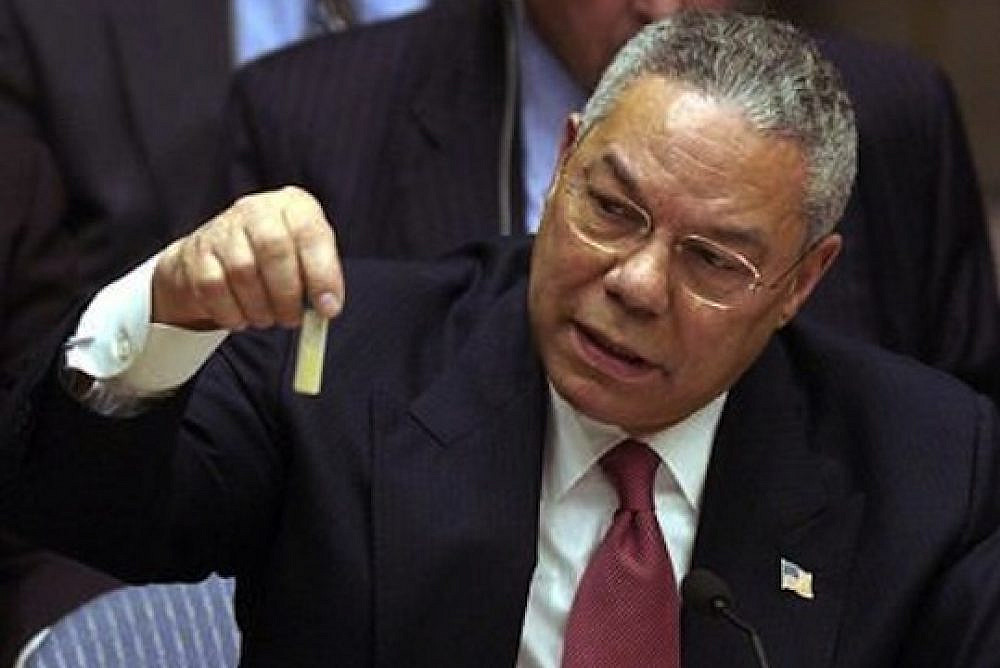 “War criminal” was trending on Twitter yesterday as the news broke that former Secretary of State Colin Powell had died from COVID-19 complications. The reactions to Powell’s passing are similar to the reactions that followed the news of Donald Rumsfeld’s death a few months ago. Both men reached their 80’s after they facilitated wars and hostilities that stole so many futures from people all over the world. Like with Rumsfeld’s death, people are recounting Powell’s lies that led the U.S. into the disastrous war in Iraq. However, unlike Rumsfeld: Powell had public regrets. He often referred to the speech at the UN, where he told lie after lie to convince the world that the U.S. needed to invade Iraq as a “mistake.” Powell’s “mistake” led to a war that killed a million Iraqis.

The conversations about Colin Powell will always revolve around Iraq, whether it is revisionist or being honest about his culpability in one of the worst foreign policy moves in the last thirty years. Powell had plenty of experience with war crimes prior to being George W. Bush’s Secretary of State. On Christmas Day in 1962, Colin Powell arrived in Saigon, where he would serve as a senior tactical advisor to the Army of the Republic of Vietnam. Moving to the border of Vietnam and Laos, he would give the green light for the destruction of villages, farms, and livestock. He called this  “counterinsurgency at the cutting edge.”

In the years after the Bush Administration, Powell would often express regret for his speech at the UN. Colin Powell had time to learn the lessons of war from Vietnam, but he did not. Forty years later he would go on to be a part of a whole new humanitarian disaster. Instead of being an adviser, however, he would be one of the architects. Powell’s close allies got everything they wanted and more from the Iraq war. Halliburton did well, thriving off the $39.6 billion in Pentagon contracts related to the war. The United States got to control the destiny of Iraq and take out Saddam Hussein. It never mattered if weapons of mass destruction were ever found, Powell lived a long and comfortable life while facing no accountability for any of his crimes.

Mixed in with the valid and necessary criticisms of Colin Powell are people calling him an “inspiration.” Some are saying his legacy is “complicated.” His death gives anti-war activists something to reflect upon. How do we genuinely learn from people like Colin Powell? Resisting people who have a history of writing off amoral policies coming into positions of power is critical. So is seeing through the lies in the moments when they are being told. It makes it harder to think critically about U.S. foreign policy when we cannot be honest about people’s legacies. Colin Powell’s lies are his legacy.