The History Of US Military Pollution In Hawaii Is Extensive 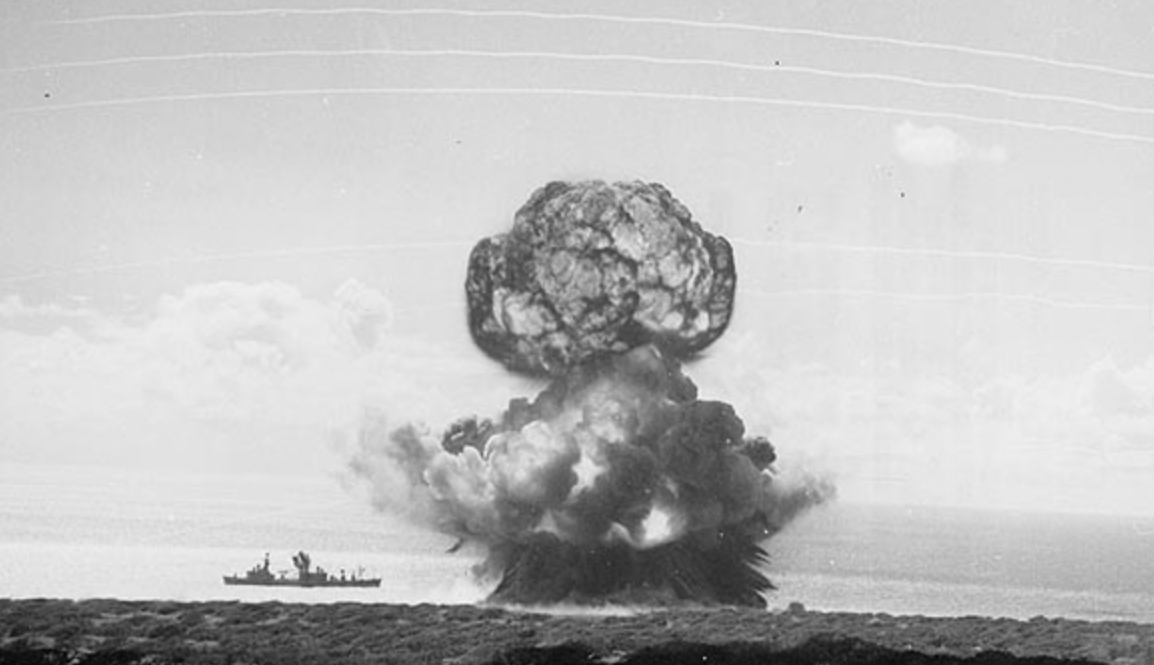 In a new, no-holds-barred book, Poisoning the Pacific: The US Military’s Secret Dumping of Plutonium, Chemical Weapons, and Agent Orange, Japan-based journalist Jon Mitchell records chemical, nuclear and biological poisoning and pollution across South East Asia and parts of the Pacific by the U.S. and Japanese militaries.

Mitchell’s book is a reminder to all residents of Hawaii, the home of the headquarters of U.S. military operations in Asia and the Pacific, of the military poisoning and pollution that has been happening in our region for decades.

In fact, just last week we were told in Civil Beat of the U.S. military dumping over 630,000 pounds of nitrate compounds into the ocean off Oahu in 2019.

Our government’s documentation of military pollution in Hawaii is extensive.

According to the 2007 Congressional Research report, “U.S. Disposal of Chemical Weapons in the Ocean: Background and Issues for Congress,” the U.S. military dumped tens of thousands of bombs, some filled with deadly chemicals, in the ocean waters off Oahu from 1944 to 1978, bombs that could still accidentally be dredged up. 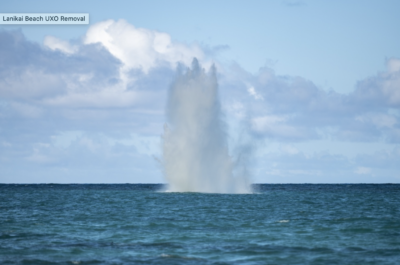 In 1944, 4,220 tons of unspecified toxics and hydrogen cyanide and approximately 16,000 M47A2 100-pound mustard bombs were dumped about five miles off Pearl Harbor. 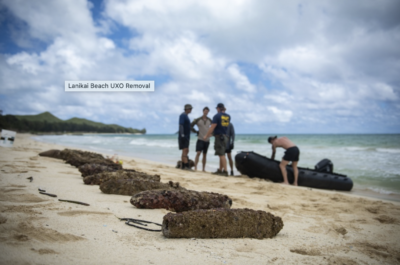 From 1964-1978, 2,189 steel drums of radioactive waste, including clothing, tools and other materials contaminated from radioactive nuclear refueling of nuclear submarines at Pearl Harbor, were dumped 55 miles off Oahu.

During this period, 4,843,000 gallons of low-level radioactive waste liquid was discharged into Pearl Harbor.

Other radioactive materials were brought into Hawaii by the U.S. military, including depleted uranium, a radioactive heavy metal that was used in aiming rounds for the Davy Crockett, a 1960s nuclear weapon.

The rounds were fired at Schofield Barracks Army base on Oahu and at the Pohakuloa Military Training Area on Hawaii island.

In 1994, two DU rounds were accidentally fired by the USS Lake Erie while the ship was in Pearl Harbor and went up into the Koolau mountains above the Honolulu suburb of Aiea. They were never recovered.

In the 1960s, in the Shipboard Hazard and Defense project, the U.S. military sprayed chemical agents on ships and their crews to determine how quickly the poisons could be detected and how rapidly they would disperse, as well as to test the effectiveness of protective gear and decontamination procedures.

In 1964, a test named Flower Drum Phase I was conducted off the coast of Hawaii. The USS George Eastman, a Navy cargo ship, was sprayed with nerve agent sarin gas that went into the ventilation system while the crew wore various levels of protective gear.

In 1967, the Army detonated 155-mm artillery shells and 115-mm rocket warheads filled with deadly sarin gas in the dense rainforest of the Upper Waiakea Forest Reserve on Hawaii island. Fifty-three years later, hunters are hesitant to go into that part of the forest reserve. 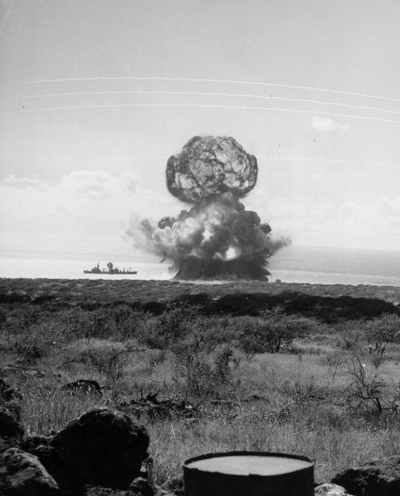 In 1965, the U.S. Navy detonated three massive explosions on Kahoolawe. This was the first of the three, Shot Bravo. Photo: U.S. NAVY

In one of the most destructive periods of U.S. military history in Hawaii, from 1941 to 1990, a huge quantity of artillery, bombs, missiles and torpedoes was fired into the island of Kahoolawe, including three massive 500-ton TNT explosions intended to simulate nuclear blasts on ships.

The Protect Kahoʻolawe ʻOhana used non-violent direct action, lawsuits and political pressure to end the bombing in 1990 and secure the return of the island to the State of Hawaii as a Native Hawaiian cultural reserve in 2003. 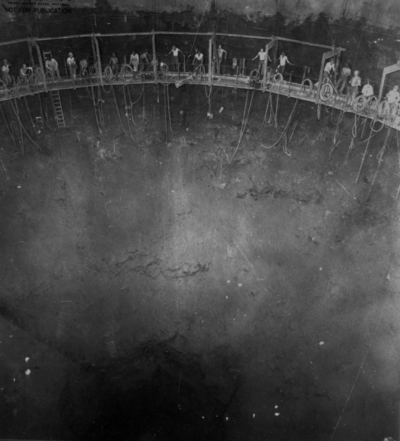 Men at work in 1942 building one of the 20 massive subterranean fuel tanks at Red Hill. Photo: U.S. ARMY

After $400 million spent on clean-up, Kahoolawe is still widely contaminated with unexploded ordnance buried in the ground and in nearshore waters.

Of greatest concern today in Hawaii are the U.S. military’s 20 massive 20-story-high jet fuel tanks dug 75 years ago into the hillside of Red Hill above Pearl Harbor that together hold 250 million gallons of jet fuel.

The ancient leaking jet fuel tanks are only 100 feet above the drinking water aquifer of Honolulu and have been a source of citizen concern for decades.

Jim Albertini has been a social justice activist since the U.S. war on Vietnam. He is the founder of Malu ‘Aina Center for Non-violent Education and Action and the author of "The Dark Side of Paradise: Hawai'i in a Nuclear World."

Kyle Kajihiro has researched the militarization of Hawaii for decades. He is the former Hawaii area program director of the American Friends Service Committee.

Ann Wright served 29 years in the U.S. Army/Army Reserves and retired as a Colonel. She was a U.S. diplomat for 16 years and resigned in opposition to the U.S. war on Iraq. She has lived in Honolulu for 17 years and is the co-author of “Dissent: Voices of Conscience.”