The drumbeats of war send us into the streets for peace 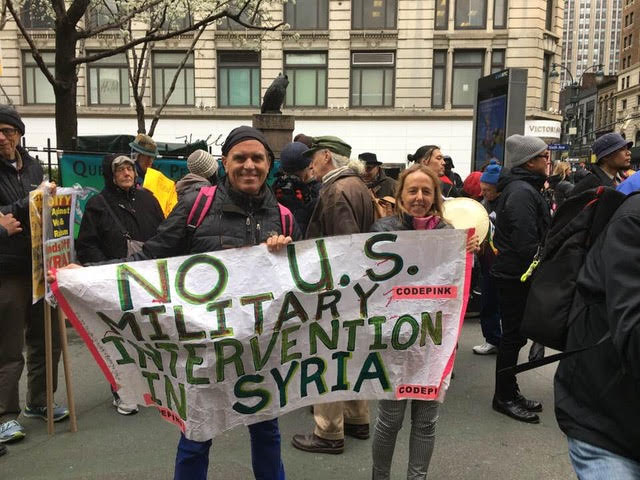 Here’s what the pink peace advocates had to say: 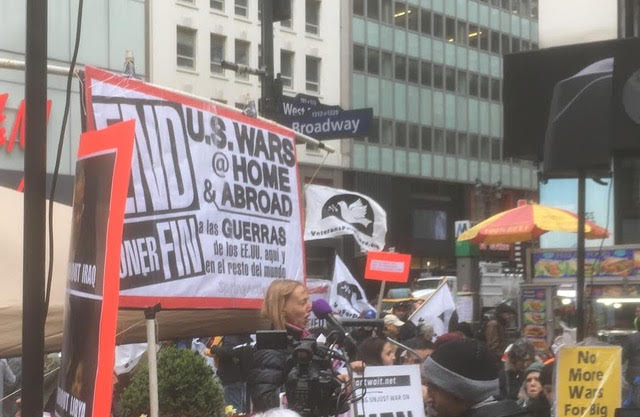 Tighe Barry and I joined other members of CODEPINK at the Sunday protest in New York City, which was enthusiastic despite the bitter cold and strong winds. I said if we really cared about the Syrian people, instead of bombing we would open our doors and hearts to the refugees. After the rally, we marched down the streets, receiving lots of affirmative responses from both city residents and foreign tourists. -Medea Benjamin 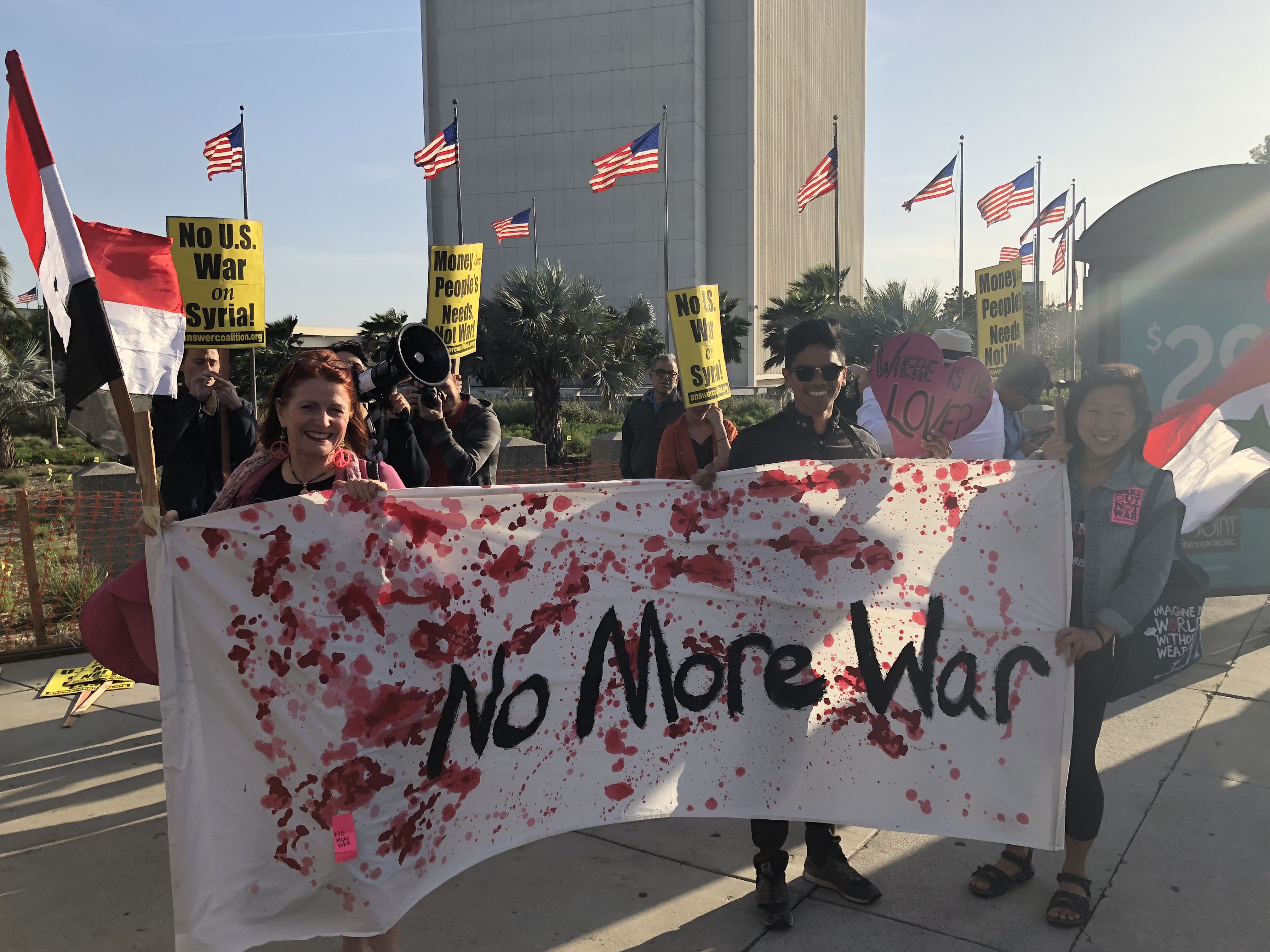 Kelly, her friend, Lauren Steiner and I attended the rally which we co-sponsored with about 6 other LA activist groups, and leadership was from ANSWER.  Kelly made some awesome handouts and people were happy to have the next step to contact their members of Congress and I ran out of the flyers. Kelly stickered everyone. And we had a great banner and a heart for LOVE. But about 30 minutes in, it turned pro-Assad and we moved to the corner away from the crowd and then we left when it got even more. We made new friends that want to come to Local Peace Economy events and meeting new people who didn’t know about CODEPINK. It was cold and windy, and our signpost snapped in the wind. -Jodie Evans 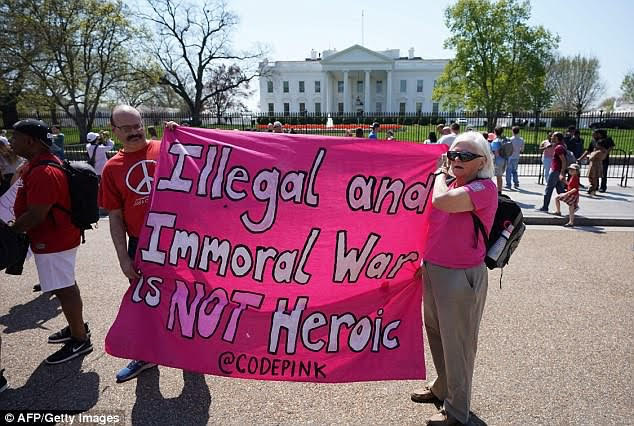 Lots of people from all political stripes, ages, and many races. Unifying messages were, "Obey international law!"  and” We must end the war!" We rallied for peace in Syria, Yemen, and Korea. Especially heartening was the young people who rallied then went to meeting at GWU, good positive energy. – Paki Wieland 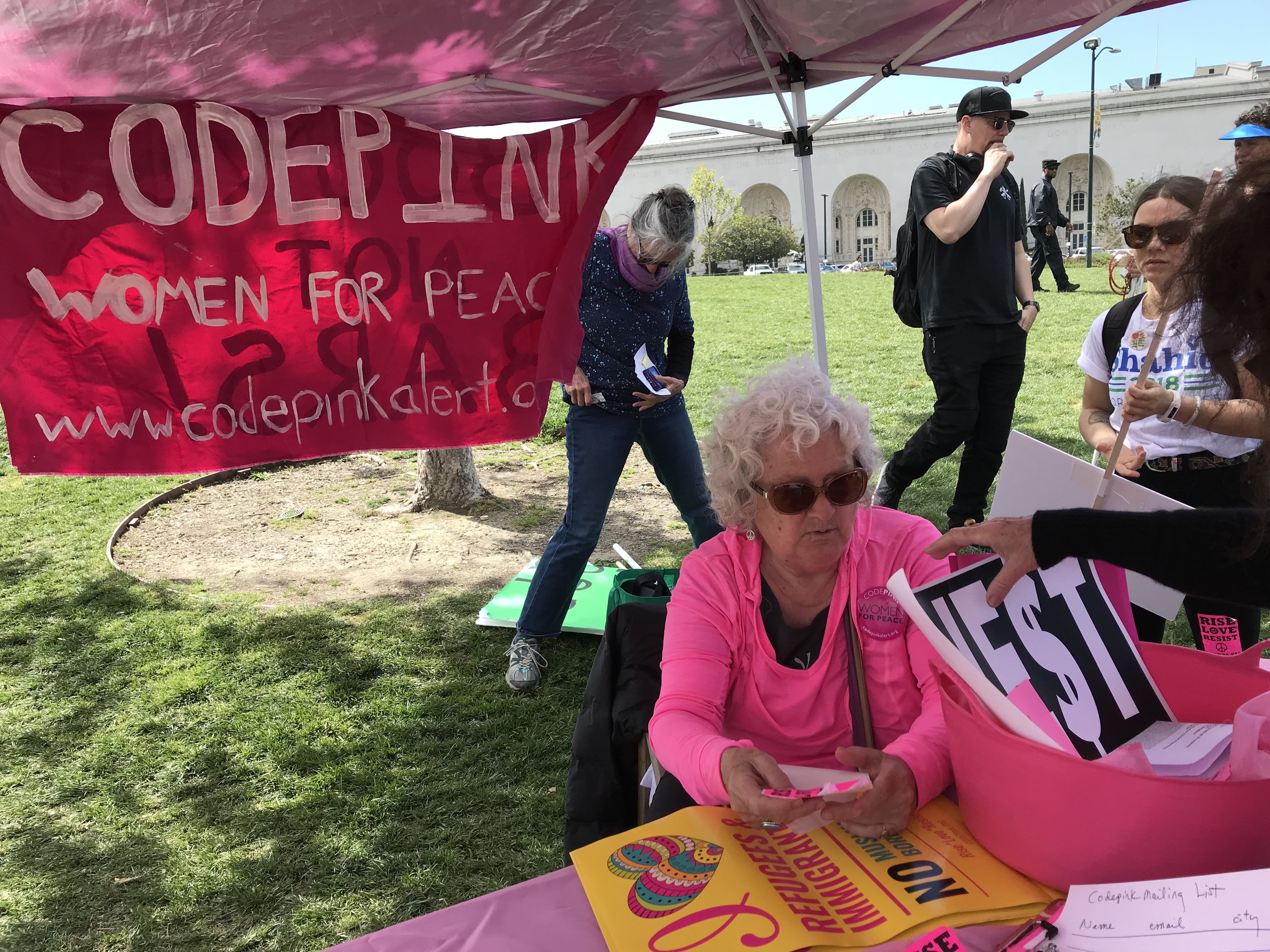 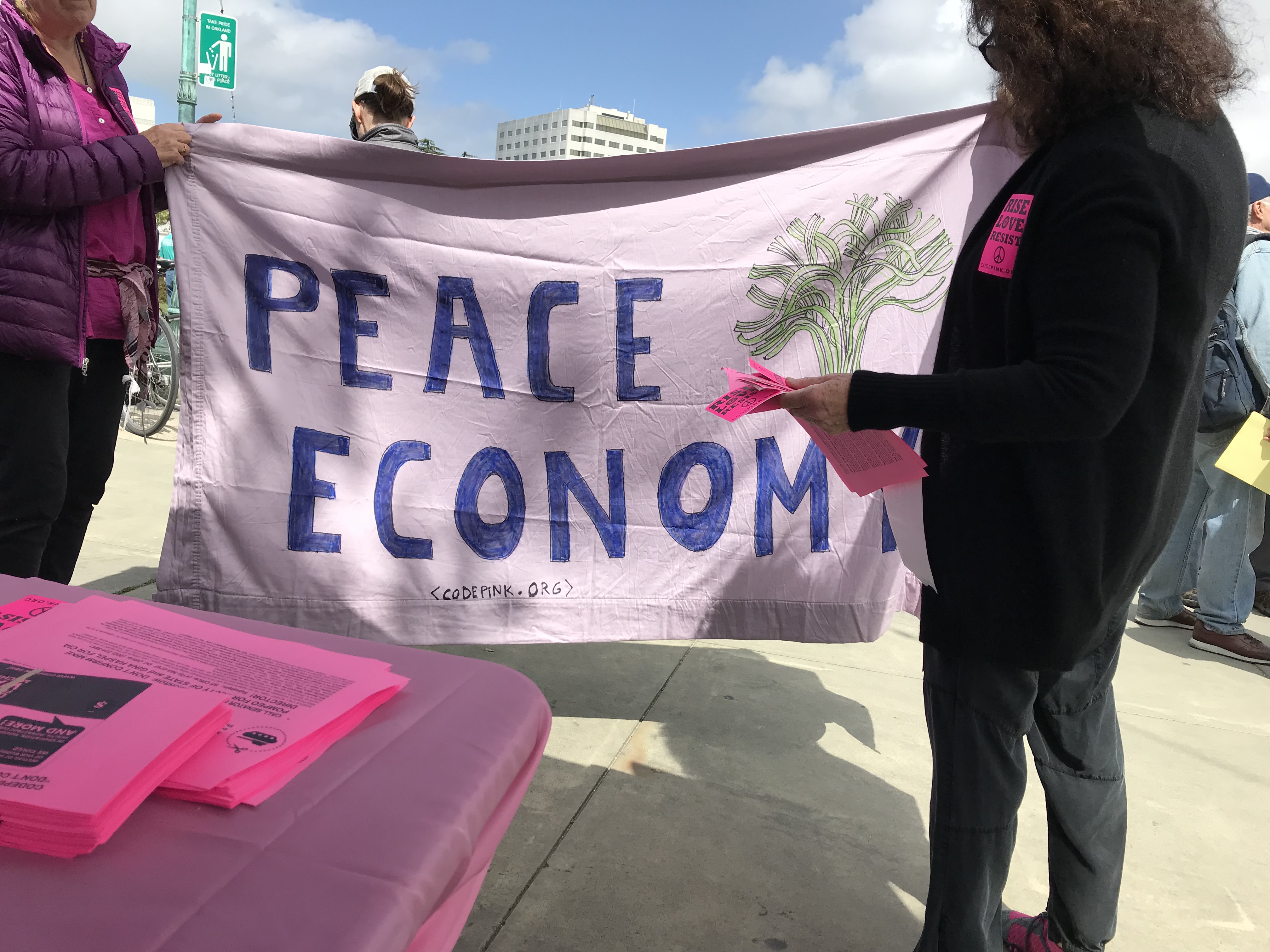 CODEPINK showed up at Oakland to march and speak. We had a lively table that was popular. We passed out stickers and flyers. We asked people to call Senator Kamala Harris and Dianne Feinstein to not confirm Pompeo. It was positive and we collaborated with Veterans for Peace. We carried Hands off Syria, Peace Economy and Join Us banners; Both men and women were decked out in pink. We had new people join in. It was a good collaboration with many different organizations. Martha helped us get involved. It was a huge coalition with a strong showing. ANSWER brought the infrastructure: stage, sound etc. Alice Walker shared an amazing poem at the rally at Oscar Grant Plaza in Oakland. LINK: http://alicewalkersgarden.com/ -Renay Davis