The Al Aqsa Protests Prove That Palestinian Nonviolence Has Arrived 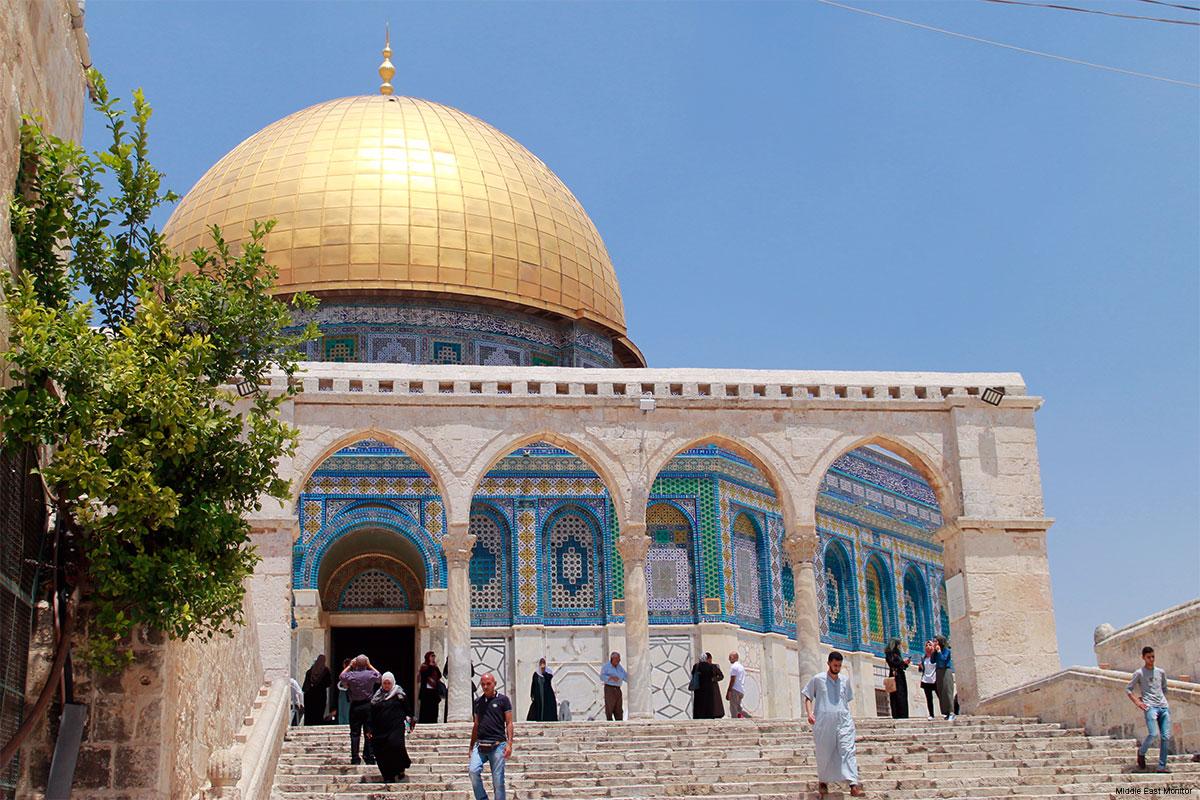 My dream has always been to see my people in a mass movement of nonviolent resistance.

I have spent most of my adult life making this appeal to my fellow Palestinians and building the relationships we need with the international bodies who can help us. And for one of the first times in my life, I’m seeing the fruits of my labor. Since July, I have seen my fellow Palestinians displaying the strength and the will to pursue nonviolent resistance as the fastest and the only way to end the occupation. It is the success of nonviolent resistance, and its spread throughout Palestinian society, that you have been witnessing over the past few weeks.

Ever since Israel installed metal detectors and then high tech security cameras at al-Aqsa mosque, we have refused to enter. Instead, we have knelt in the streets, carrying out our prayers outside of the mosque. In so doing, we were carrying out an act of peaceful protest against Israel’s change of status quo at the most important religious site in our land.

Our prayers in the street, met with massive force and violence by the Israeli military, are not only religious practice. They are civil disobedience, a show of nonviolent force. They represent a refusal to cooperate with a system that subjugates, oppresses and controls every aspect of our lives. While Israel has claimed that the changes at al-Aqsa are for security, they are in actuality nothing more than another excuse to dehumanize us, to delay our lives and worship, and to take more land.

In Hebron where I live, we have more than our fair share of metal detectors, changes in status quo and ongoing land theft. Occupation and land theft have been in overdrive in Hebron over the past few years. Metal detectors have been installed at the entrance to the Ibrahimi mosque, streets have been divided so that one side is for Jews and the other for Palestinians, checkpoints have been fortified to look like maximum security prisons, and new checkpoints have been built. This past week, settlers invaded a Palestinian home as soldiers stood by and watched.

Passing through the metal detectors that have been installed at the entrance to the Ibrahimi mosque is a degrading experience. Like at other checkpoints and movement barriers of the occupation, the metal detectors cause people to be delayed. We are forced to open our bags, take off our belts and shoes, lift up our shirts, and endure even further levels of undress. The delays and nervousness this creates has caused many worshipers in Hebron to decrease their use of the most holy mosque in our city.

Fewer worshippers at the Ibrahimi mosque and al-Aqsa mosques are exactly the aim of the occupation. Reducing the number of worshippers paves the way for land grabs at these places, and settlers and right wing extremists have been trying for decades at both locations to confiscate our holy places.

What you witnessed this week when Israel took down the metal detectors was nothing short of the triumph of nonviolence over the occupation. And while it’s true that individuals carried out violent acts, against two Druze police officers and three Israeli settlers, these are the actions of individuals, while the face of this revolution has been the faces of many Palestinians engaged in nonviolence.

We must encourage nonviolent resistance at all costs, and discourage any act of violence, and in turn, the media should turn its attention to our (ignored) nonviolent triumph. Our al-Aqsa nonviolent resistance revolution (the numbers and commitment of the al-Aqsa protests alone make the movement worthy of the revolution) against the metal detectors and cameras is monumental. But it is only the first stage. We must build on the momentum we have gathered. We must organize and expand. As we gather in peaceful protest at al-Aqsa, we must move these prayer protests to the Western Wall, to the settlements of Bet El and Kiryat Arba, to the military courts and to the Jewish-only busses and roads.

As Henry David Thorough said, “dissent without civil disobedience is consent.” Our refusals to accept the changes at al-Aqsa have been a mass exercise of civil disobedience and we have immediately seen their power. For just as we have seen the metal detectors removed, we will soon see the high tech cameras removed.

We will also see Israel stoop lower and lower, enacting more violence, closing more roads, and carrying out more hospital raids. But like the state violence of pivotal moments in the South African struggle to end apartheid and the U.S. struggle to end segregation, they are signals that we are winning and they must inspire us to continue our nonviolent advance. Though our victory, even through nonviolence, will not be without sacrifice, let us keep in mind that it is worth it and that we are ever closer to our goals.

May our prayers outside of al-Aqsa be the beginning of our attaining freedom, dignity, equality, and human rights.

Issa Amro is a human rights defender living in Hebron.